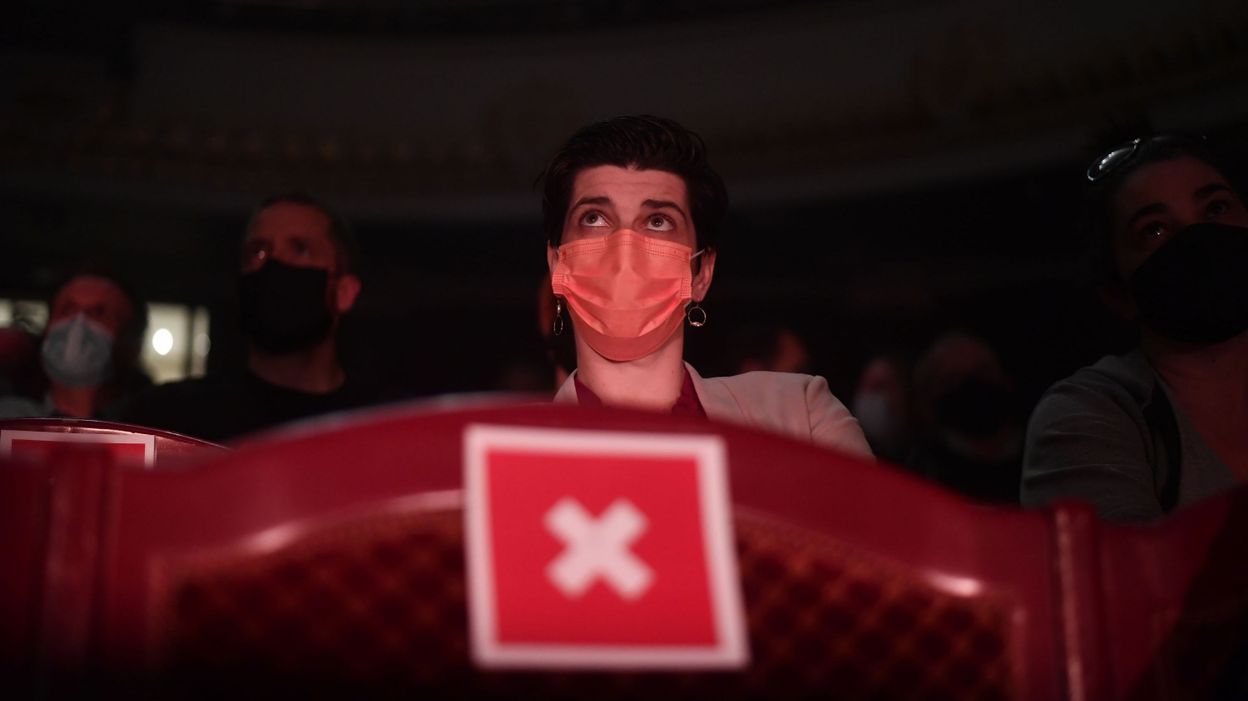 “I prefer to tell you right away, I’m vaccinated!” Bernard Baudaux warns at the outset. In the entrance hall of the performance hall, the director of the Poche Théâtre de Charleroi sets the tone. “I am not an antivax, but I refuse to transform myself into a state tool in order to vaccinate as many people as possible”.

“It’s not civil disobedience, it’s putting the church back in the middle of the village. Are we really the right tool to impose more extensive vaccination?”

Bernard Baudaux knows that this position may expose him to sanctions. But he doesn’t care. “We produce culture. We are there to check whether people have bought their tickets, but that’s all. We are not here to check their state of health, which is private data.”

“I prefer a reduced gauge than a sanitary pass”

The director of Poche Théâtre launches an appeal to the public authorities: “The competent authorities must assume their responsibilities. If vaccination needs to be extended, they must then impose it. But it is not for theaters to enter into this control procedure”.

The Poche Théâtre also continues to apply health measures, such as wearing a mask when traveling. “I prefer to operate with a gauge reduced to half of my maximum capacity than to impose the Covid Safe Ticket. What we are asking is that theaters have a choice.”

As actors, we are used to playing roles, but this one is not very rewarding.

At the Théâtre Marignan, the position is less categorical, but the arguments are the same. “If we have to apply it, we will, but no gaiety of heart” explains Jacky Druaux, actor and co-director of the theater.

“As an actor or a volunteer, we are not sworn in to ask people for a health pass. Are we going to send people home? Humanly, it’s not really nice to manage. It’s embarrassing. “

“Again, we are not against the vaccine but against the principle of control.” In Marignan, the fear is also to see the number of spectators drop. “We already feel that there are a lot fewer subscribers, and a lot of people are calling us asking questions about the Covid Safe Ticket”.

A lack of clarity that generates tensions

At the Ferme de Martinrou, the feeling is totally different. The Covid Safe Ticket is already in effect for shows welcoming more than 200 spectators. “Until a few days ago, everything was going very well. It feels great to be able to fill all the seats, without masks or distancing, and even have a drink after the show” explains Patrice Mincke, director of the theater.

But the cacophony that reigns at both Brussels and Walloon level has changed the situation. “Initially, the Covid Safe Ticket was imposed for events of more than 200 people. Then we mentioned the figure of 500 from October. Now we are talking about 50 from October 15. No one is there anymore. finds again and that creates aggressiveness! ” deplores Patrice Mincke.

“The tone of the spectators has changed a lot because the rule is not clear. It creates animosity. I would just like to say to the politicians: take a clear decision, and we will follow it. But not decisions that change all three weeks “.