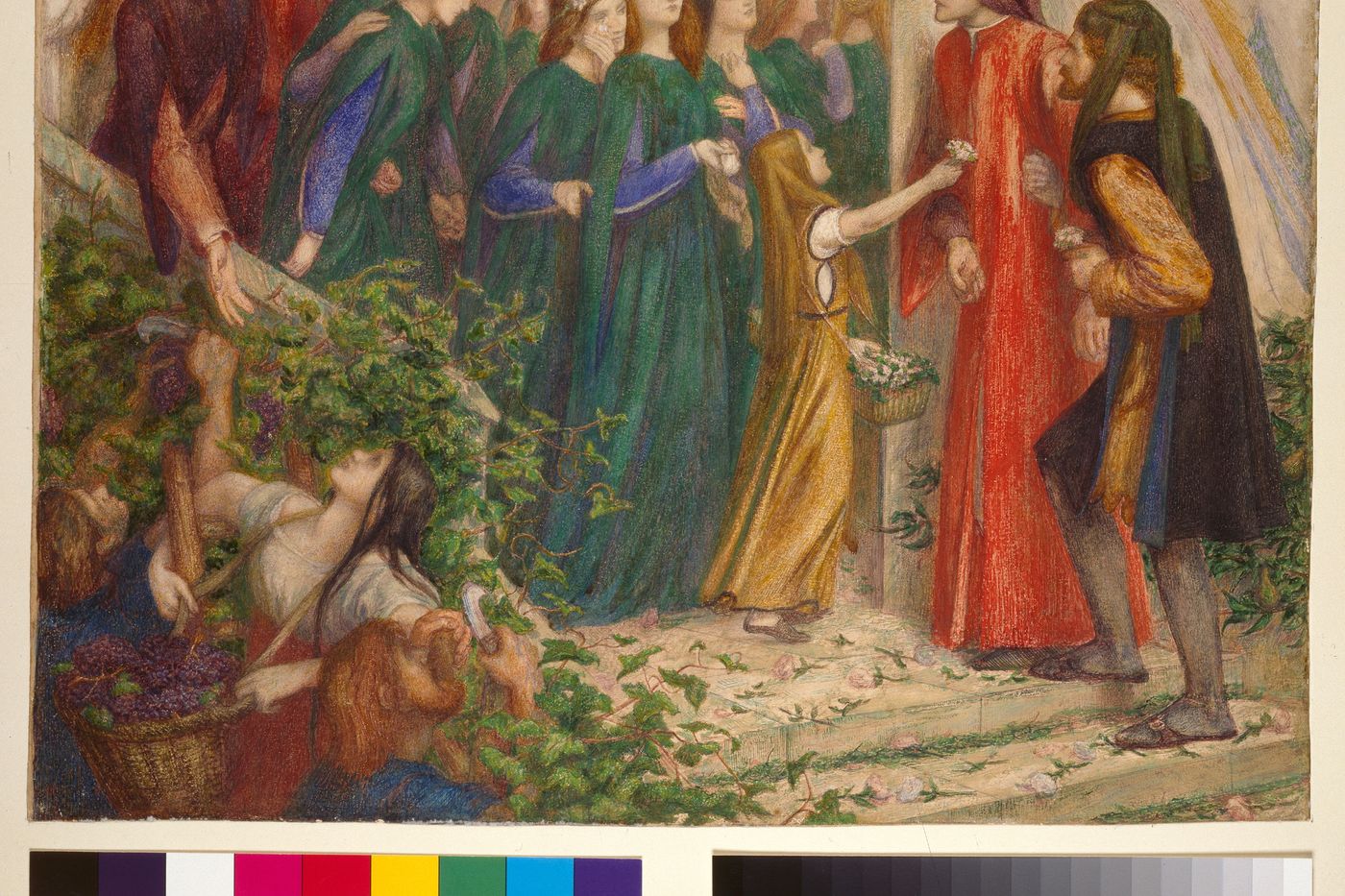 New life. Everything is in this first title. A new life ? A new life? A new age? Or rather a whole other life? “This was such in his new life”, also slips Beatrice when she finds the poet in Purgatory, inviting him to flee the vanities of the world. It thus designates “The one who was then in the prime of his life”, translate some; or, according to others, “This man in his new life”.

→ FILE. Dante Alighieri: our dossier on this Italian poet

Regarding the revival of spring, Guy de Maupassant writes: “When the first fine days arrive, when the earth awakens and becomes green again, when the fragrant warmth of the air caresses our skin, enters the chest, seems to penetrate into the heart itself, vague desires come to us for indefinite happiness, the desire to run, to go at random, to seek adventure, to drink spring. “

Dante does not give only a meaning to this ” new life “. It is for him entirely renewed life, marvelous life, life outside of life, and even resurrection, divine life, eternal life. This rebirth vibrates entirely in the encounter he made with Love, at the age of 9; it goes through writing as celebration, thanksgiving, mystical impulse. It is this together that his work must translate, totally.

→ (RE) READ. In the footsteps of Dante: a poetic reconquest

“Knowing that one does not write for the other, knowing that these things that I am going to write will never make me love someone I love, knowing that writing does not compensate for anything, does not sublimate anything, that it is precisely where you are not – this is the beginning of writing ”, suggests Roland Barthes. Dante knows it, it is in the depths of this helplessness and this desire that he wants to forge a new language. A language illuminated by the sun of his love, a language of bliss which transforms those who read it like him is transformed by this love.

He writes : “In addition to the sphere which turns the widest, passes a sigh escaped from my heart: and a new intelligence, which Love, by weeping puts within it, always draws it higher.» (VN, XLI). This life requires all intelligence, all senses, all faculties. It far exceeds what he was able to express in his little rhymes of youth. It is like an arrow that starts from the first words of the first book to reach the last lines of the last: Paradis. He maintains the ambiguity of the love he speaks of. Beatrice, the girl who captivated him at the age of 9, delighted his heart. Or is Beatitude another, even greater, metaphysical?

« AT what end do you like this your lady since you cannot support her presence? “, the neighbors question him surprised to no longer see him trying to meet the beloved. He answers them, playing on the polysemy of the word “hello”: “’Ladies, the end of my love was once the salvation of this lady of whom perhaps you want to speak, and it was in her that resided my beatitude which was the end of all my desires. But since it pleased him to refuse it to me, my lord Love, thanks be to him, has placed all my beatitude in what cannot be taken away from me (…) : in words that praise my lady. ” So the one who spoke to me answered : “If that were true, the verses in which you have portrayed your condition, you would have turned them in quite another way.” So, thinking of these words, almost ashamed, I parted from them and went away, saying to myself: “Since there is so much bliss in the words which praise my lady, why my speaking has it been that different? ” And I then proposed to take henceforth as the material of my wormswhat would be to the praise of this Most-Nice » (VN, XVIII).

All the bibliographical sources of this story can be consulted at the bottom of the article.

Bibliography on which this story is based:

– Eloquence in vulgar, translated from Latin and commented under the supervision of Irène Rosier-Catach (Fayard)

– The monarchy, translated from Latin by Michèle Gally (Belin)

– Giorgio Agamben, The Kingdom and the Garden, translated from Italian by Joël Gayraud (Rivages)

– Erich Auerbach, Writings on Dante, translated from German and English and presented by Diane Meur (Macula)

– Hans Urs von Balthasar, Glory and the Cross – the aesthetic aspects of Revelation II, Styles. From Irenaeus to Dante, translated from German by Robert Givord and Hélène Bourboulon (Cerf)

– Paul Claudel, Introduction to a poem about Dante (in Complete works, Gallimard)

– Umberto Eco, The Search for the Perfect Language, translated from Italian by Jean-Paul Manganaro (Seuil)

– Jacqueline Risset, Dante writer or the Intelletto of love (Threshold)

– Frances A. Yates, The art of memory, translated from English by Daniel Arasse (Gallimard)