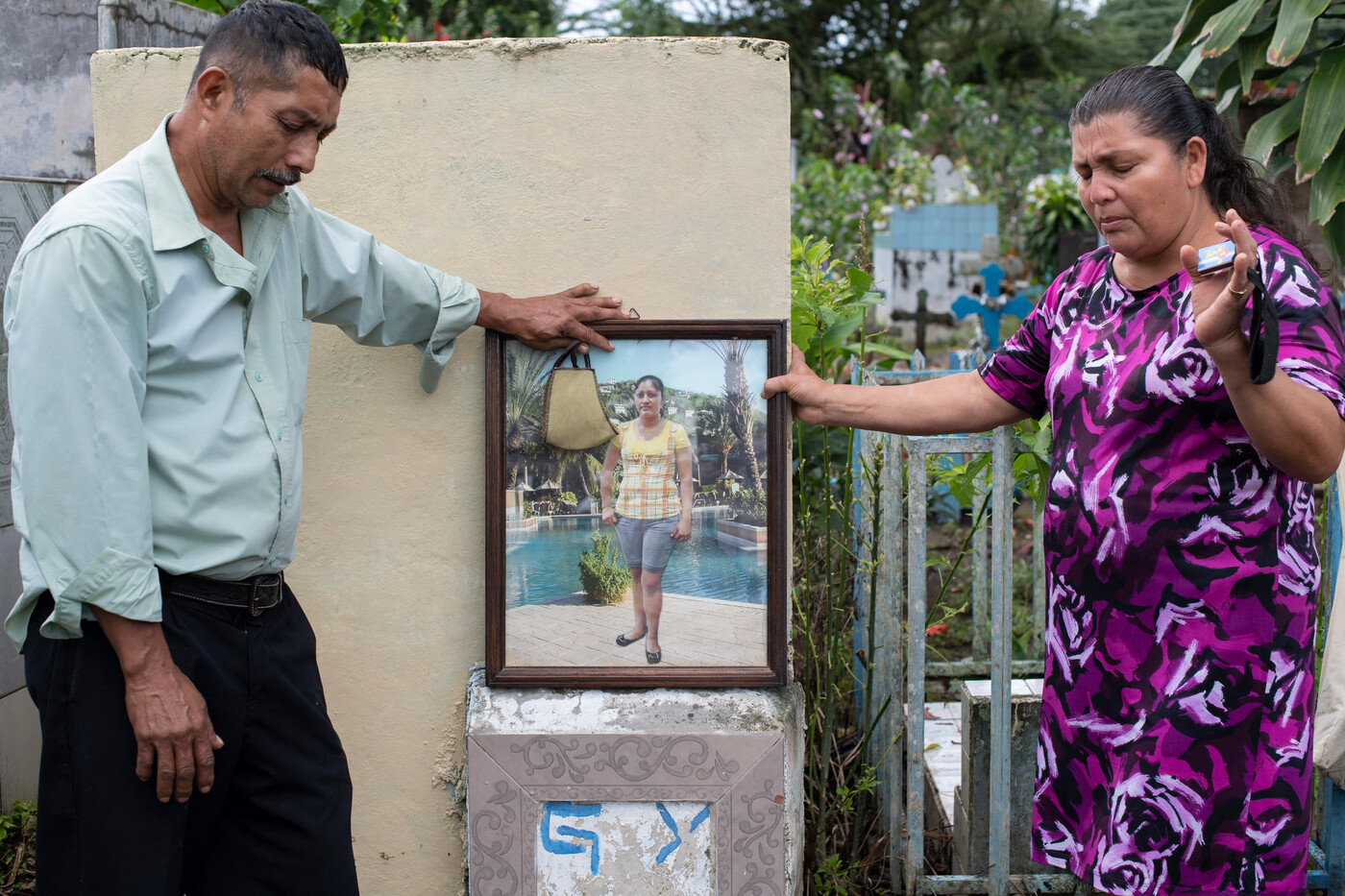 Her name was Glenda, she was Salvadoran, and she died crossing from Mexico to the United States. This morning, Mirna Solorzano, his mother, had a blood test. “Three hours later, I was told that the DNA matched that of my daughter.” Mirna doubted. She still doubts. « I was returned the coffin, she confides, but forbidding me to open it because of the health risks. I’m still not convinced that’s her. “

Peaks of more than 100,000 migrants detained per month

Stories like Glenda’s have counted in the dozens since the election, and more since Joe Biden’s inauguration as President of the United States. Migrants, in 2021, gather as rarely at the gates of the American dream. The influx of Salvadorans, Guatemalans and Hondurans increased at the end of January, with peaks of more than 100,000 migrants detained per month. NGOs warn of the large number of minors at the border, and of single mothers with their children.

In San Salvador, on the second floor of a building resembling a hospital, a ventilator hardly dispels the humid heat. This is where the Committee of Families of Missing Migrants (Cofamide) offers legal and moral assistance to the parents of Salvadorians who have died or disappeared in migration. “We help fathers and mothers to create the files, we attend meetings with the authorities in their place because they have to work”, details Mirna Solorzano, now coordinator.

In the same premises, here is Cecilia Avalo who drops a heavy filing cabinet on a table, and scrolls through dozens of laminated files, with portraits: 19 years old, 27 years old, 34 years old… Faces of all ages: as many migrants as Cofamide has identified and that it broadcasts on the Internet or transmits to the office of the Human Rights attorney of El Salvador, so that families can identify them, and thus find a loved one. Cecilia was thus able to “find” her sister. ” Without life, she specifies, but at least I no longer need to search “.

63.9% of migrants for economic reasons

According to El Salvador’s General Directorate of Foreign Migration, 63.9% of those who leave the country do so for economic reasons, 21.7% for family reunification in the United States and 13.6% for because of insecurity. “Sometimes the factors are intertwined”, explains Jorge Pedraza, IOM chief of mission for the region. « It also happens that the economic excuse is mentioned, cowardly Claudia Indriato, lawyer at the Foundation for Justice and the Democratic State of Law (FJEDD). But the real argument is violence: when a man is wanted by the “mara ” (the gang, editor’s note) or when a woman runs away from an abusive boyfriend from a “mara ”, better not to mention it ”.

In an affluent neighborhood of the Salvadoran capital, behind a heavy metal door watched by a security guard, the FJEDD deals with cases of human rights violations. “Sometimes migrants are forcibly recruited by cartelsblows Claudia Indriato. Men are used in drug trafficking. Women become sex slaves and there have been cases of child victims of organ trafficking. ” In the underground graves of northern Mexico, the bodies found are often men. “Many refuse the forced labor of organized crime. “ If it is not the cartels, it is thirst and fatigue that get the better of them.

The IOM therefore alerts the population to the risk of crossing. “With the Assisted Voluntary Return program, we work for the reintegration of those who return, indicate Jorge Pedraza. We also make sure to educate the population not to leave, to stay here. ” Same state of mind with Cofamide: “The crossing is too dangerous, regrette Mirna Solorzano, and getting arrested by the police in the United States too common. “

Kamala Harris wants to slow down the migratory wave

“Most people don’t want to leave their homes”, but do it because“They cannot meet their basic needs”, assured Monday, June 7, Kamala Harris, visiting Guatemala, then to Mexico the next day, to try to slow down the migratory wave. “We need to give people a sense of hope, that help is coming, that if they stay (in their country of origin), it will improve “, insisted the American vice-president.

According to the International Organization for Migration (IOM), the border police apprehended 749,613 migrants in 2021 (compared to 458,088 in 2020), including 178,600 in April: the highest level for fifteen years. 82% of them came from Mexico and “North triangle” from Central America – Guatemala, Honduras and El Salvador.