The second round of the French regional confirmed Sunday an almost record abstention of around 66%, and the bonus given by voters to outgoing Les Républicains (LR) and the Socialist Party. The National Rally (RN) fails to take a region, including Provence-Alpes-Côte d’Azur, its best chance ten months before the presidential election.

After the last polling stations close at 8:00 p.m., the participation of some 48 million voters called to the polls on Sunday stood at around 33% in metropolitan France, at the same level as in the first round, and well below 55 , 57% of 2015.

Marking a dizzying surge compared to 2015, abstention reached some 66% (66.7% in the first round, 41.59% in the second round of 2015), despite repeated calls for a vote from the political class between the two rounds .

If the polls predicted before the first round of June 20 a victory for the RN in the region Provence-Alpes-Côte d’Azur (PACA), Marine Le Pen’s party and its candidate Thierry Mariani (ex-LR now RN) see victory slip away to his enemy brother Renaud Muselier, outgoing LR president.

Renaud Muselier garnered 53% to 55% of the votes against 44% to 46% for Thierry Mariani, according to polls at the exit of the polling stations. In this region, participation climbed four points between the two laps.

The bonus to outgoing region presidents, all re-elected, fully benefits the classic right, which seemed however caught between the RN and LREM.

In the Hauts-de-France, the ex-LR Xavier Bertrand, also presidential candidate of 2022, announced at more than 51%, ahead of some 25 points his opponent of RN Sébastien Chenu, around 26%. Immediately after 8:00 p.m., the outgoing said he was ready to go to “meet all the French”.

On Auvergne-Rhône-Alpes, Laurent Wauquiez crushes the match, at more than 54% against the union list of the left led by Fabienne Grebert, given at 32-33%, while in Normandy Hervé Morin (LR / UDI / MoDem) the won some 44% against 25% for Mélanie Boulanger (PS / EELV / Generations).

On Ile-de-France, Valérie Pécresse (ex-LR, Libres!), Who finished well ahead of the first round, won the second round, ahead of the left led by the ecologist Julien Bayou.

The former minister, who has headed the most populous region of the country for six years, is credited with 45.5% of the vote against 32.5% to the leftist list which brings together Julien Bayou, Audrey Pulvar (PS) and Clémentine Autain (France rebellious).

>> Read also: A united left and a dispersed right in the second round of the French regional

Low score for the presidential party

As for the presidential majority, absent in the first round in PACA, eliminated in Hauts-de-France, Auvergne-Rhône-Alpes or Occitanie, it confirms its low low water levels where it was able to compete. Ministers Brigitte Klinkert (Grand Est), Geneviève Darrieussecq (New Aquitaine) or Marc Fesneau (Center-Val de Loire) failed to re-mobilize their electorate.

While the failure of the majority feeds reshuffle rumors, 32% of French people want it “in the coming weeks”, according to an Ipsos SopraSteria poll for France TV, Radio France and LCP published on Sunday. 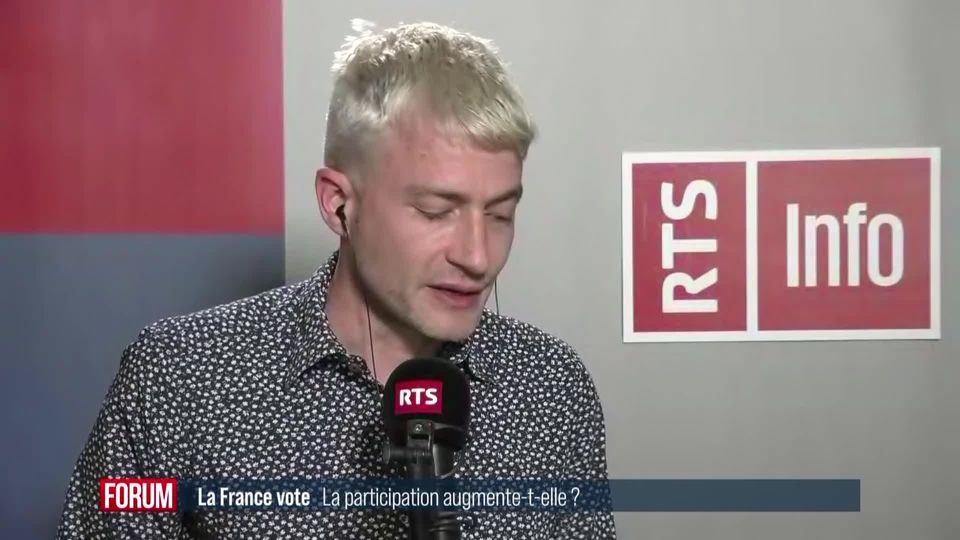 The abstention remains massive for the second round of regional elections in France / Forum (video) / 2 min. / today at 19:34