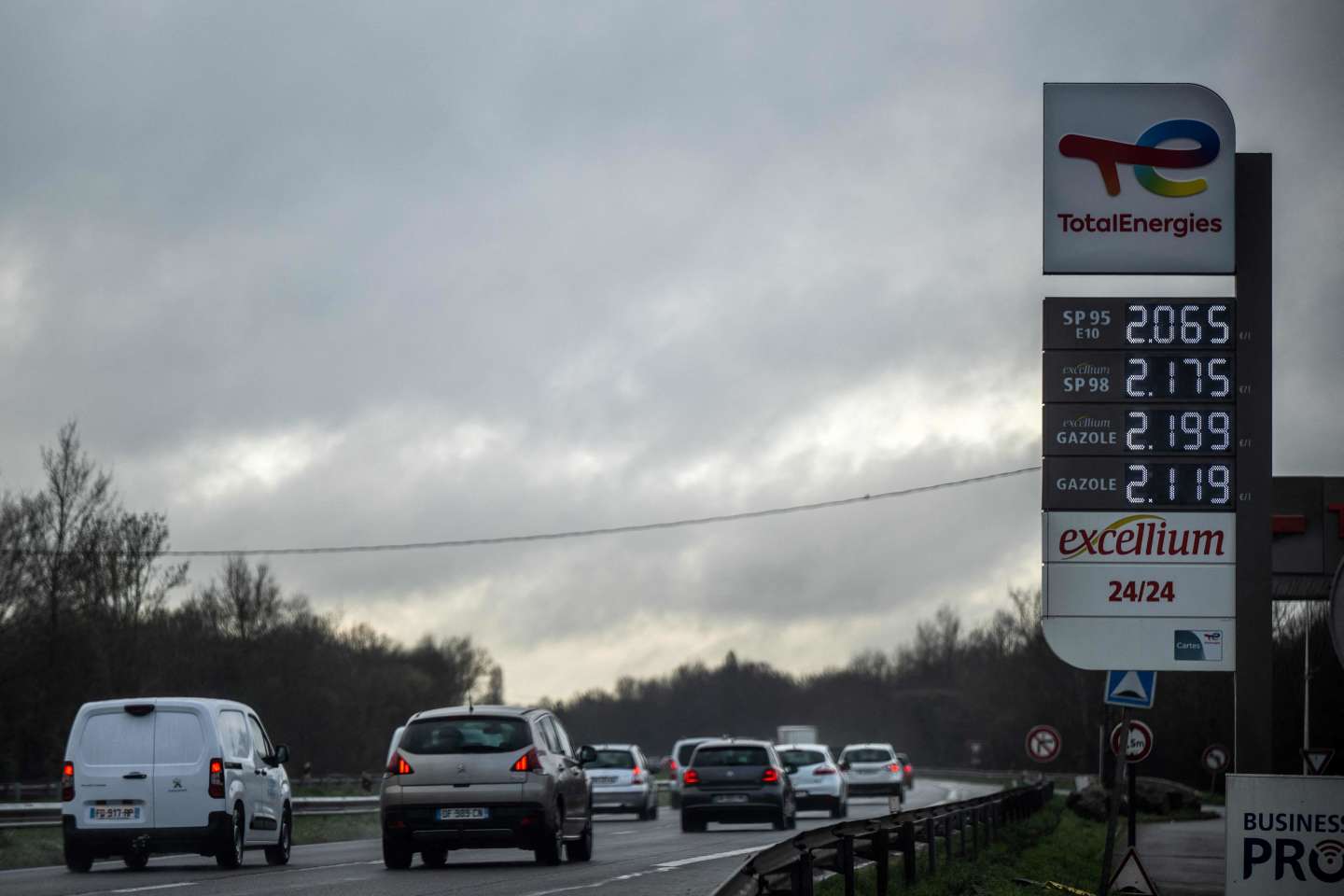 This is a figure not seen since September 1985. Inflation accelerated again in France in May, to 5.2% over one year, according to an initial estimate unveiled on Tuesday, May 31, by the National Institute statistics and economic studies (INSEE). The year-on-year rise in prices was 4.8% in Aprilalready at its highest in nearly thirty-seven years.

In May, prices were up for all consumption items listed by INSEE, with a new surge in energy in particular. “After their decline the previous month, energy prices should recover in line with the rebound in the prices of petroleum products”, details the institute, while the war in Ukraine has caused commodity prices to soar. They thus increased by 28% over one year, after a rise of 26.5% in April.

Food prices rose by 4.2% (3.8% last month) and those of services by 3.2% (3% in April). Basis of comparison between European countries, “the harmonized index of consumer prices [IPCH] would increase by 5.8% in May, after 5.4% in April”specifies the INSEE.

The comparison between France and its European neighbors remains however rather flattering, German inflation having recorded a new record on Monday (+ 7.9% over one year in May). After a slowdown in price increases in April, Spain also saw its inflation rate rise to 8.7% year on year in May. In the United States, on the other hand, two recent indicators showed a slowdown in inflation in April, even if it remained at an exceptionally high level.

Insee is due to publish its final estimate of inflation in May in mid-June. In its latest economic report, the institute anticipated inflation of 5.4% over one year in June.

Read also: Article reserved for our subscribers “INSEE provides everyone with the richest possible picture of the labor market in France”

GDP contracted by 0.2% in the first quarter

Gross domestic product (GDP) finally contracted by 0.2% in the first quarter in France, INSEE reported again, revising downwards its first estimate of 0% growth published at the end of April. The decline in household consumption is notably even more marked than previously estimated by the National Institute of Statistics, with household purchasing power having fallen “clearly” 1.9% in the first quarter, weighed down by inflation.

After its 2021 reboundwith growth of 6.8% (also revised downwards on Tuesday by INSEE), the French economy therefore relapsed at the start of 2022, penalized both by the Omicron variant and by the repercussions of the war in Ukraine, the main of which is soaring prices.

Now, the growth overhang at the end of the first quarter (i.e. the growth that we would obtain in 2022 if the economy stagnated for the rest of the year) is only 1.9 %, against 2.4% estimated so far by INSEE. At this stage, INSEE expects growth of 0.25% in the second quarter, and the Banque de France 0.2%.

Read also Article reserved for our subscribers Despite the war in Ukraine, the Banque de France does not envisage a recession

Drop in consumption for the second month in a row

At the same time, household consumption in France fell again in April, by 0.4%, even if this drop is less marked than that observed in March (− 1.4% in revised data), reported Tuesday by the ‘Insee.

This second month of decline, after the recovery recorded in February (+0.9%), is mainly due “the decline in food consumption” (− 1,1 %), “due to a drop in the consumption of agri-food and agricultural products”specifies the National Institute of Statistics.

In March, the drop in food consumption had reached −1.6%, according to INSEE. Conversely, household energy consumption rebounded by 0.7% in April (after −2.8% the previous month), a recovery attributed to temperatures “below average”which led to an increase in gas and electricity consumption (+2%).

Read also Article reserved for our subscribers War in Ukraine: the executive undertakes to “support” companies in the face of the consequences of the crisis

While prices at the pump remain high, despite the premium of 15 cents to 18 cents per liter introduced by the government, fuel consumption continued to fall in April (−0.9%). However, this decline is much less significant than in March, when it reached 4.5%.

Consumption of manufactured goods, which constitutes 44% of overall consumption, continues to fall, but at a slower pace than in March (−0.3% against −0.6%). In April, French households consumed more clothing-textiles (+0.5%), with in particular an increase in purchases of shoes, reports the institute. In durable goods, consumption was driven in April by purchases of household appliances, electronic products and communication equipment, while those of furniture saw a “significant decline”according to INSEE.

Finally, compared to April 2021, household consumption shows an increase of 7.2%, but this comparison is difficult to use, insofar as containment measures were in place last year due to the Covid pandemic. -19. Consumption of clothing and textiles in April 2022 thus posted a spectacular increase of 189.6% compared to the same period last year, during which non-essential businesses were closed. On the other hand, the consumption of foodstuffs was weaker this month of April compared to last year (− 3.1%).

Read also Article reserved for our subscribers In the footsteps of INSEE investigators, at the bedside of France