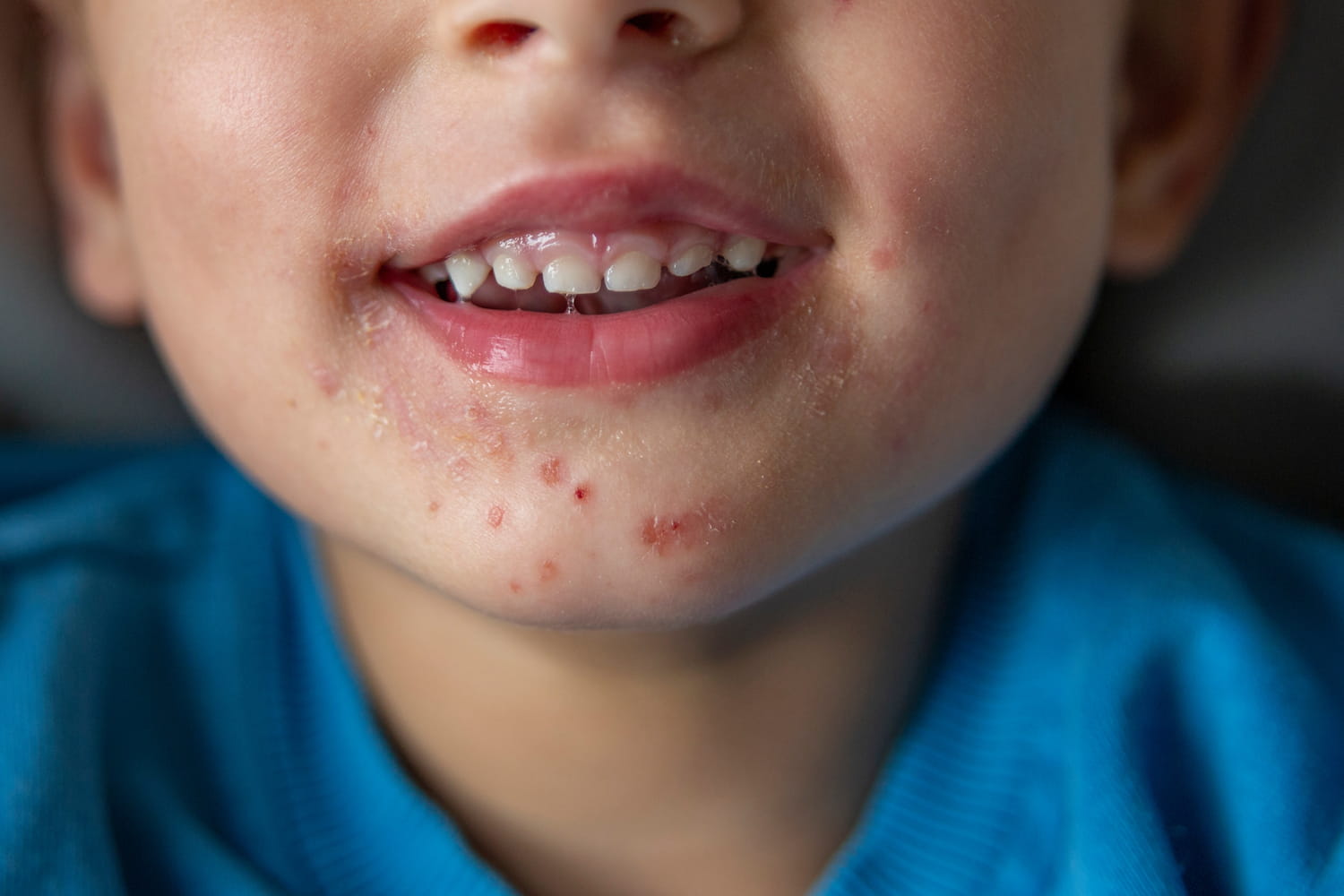 A mysterious virus called tomato flu (tomato fever or tomato flu) is believed to have infected more than 80 infants in India, national media reports. This virus, very contagious, would cause round and red pimples. What symptoms? Should we be worried in France?

In the month of May 2022, several Indian media alerted to cases of “tomato flu”also called “fever of the tomato “, a disease related to mysterious virus which prevails in Inde and which would affect young children. As of May 6, 2022, this new viral disease is believed to have infected more than 82 Kerala infantsa state in southern India, reports the media India Today on May 26th. What a virus, extremely contagious but not “deadly”would lead to round, red rashes (pimples) (hence the term “tomato”) very irritating and painful, reminiscent of foot-hand-mouth syndrome according to a hypothesis resulting from the first scientific observations. What do we know about this new virus? What symptoms do they practice? Should we be worried in France? Knowledge to date.

Origin: what is tomato flu?

This viral disease would cause small red rashes, reminiscent of tomatoes.

The “tomato flu” (or “tomato fever”, or “tomato flu“) is a new disease caused by a virus, observed in south india (region of Kerala) for several weeks, mainly in children under 5 years old. For now, the tomato flu would be endemic to Kerala and its exact cause would not yet be known. Researchers are still studying the organism responsible for the tomato flu. Among the avenues put forward, that of the appearance ofa new form or variant of the benign viral hand-foot-mouth diseasevery widespread in young children (including in France).

Why is it called the tomato flu?

This viral disease (for the moment inexplicable) would cause small Rashes red and spherical, reminiscent of small tomatoes. These blisters would be extremely painful and contagious. This disease therefore has nothing to do with the consumption of tomatoes (the fruit).

Should we be worried about a tomato flu in France?

So far, the tomato flu virus has reportedly only been detected in Kerala, India. There would therefore be no need to worry in France at the present time. “It looks like a Coxsackie, a benign, childish virus, which gives the syndrome feet-hands-mouth“ reassured Dr Benjamin Rossi, infectious disease doctor at Robert Ballanger Hospital (Aulnay-sous-Bois) with TF1info. “The same virus might not even have been sequenced a few months ago. It’s the context, according to this doctor. Cas it looks like the monkey poxthey had to carry out tests, before finding that the children were negative.”

What are the symptoms of tomato flu?

The tomato flu would cause:

These symptoms would have similarities with those of la dengue et du chikungunya, but also of hand-foot-mouth syndrome and monkeypoxreport health professionals atIndian Express et India Today.

How many cases of tomato flu in India?

May 6, 2022, 82 infants have been infected with the tomato flu virus according to the Indian press. The health authorities would have reacted quickly to this epidemic. In this context, the districts of the border towns of Karnataka would have been placed on high alert and mandatory screening would have been organized in Tamil Nadu, for children under the age of 5 who would enter the state. In the state of Kerala, the local authorities are said to have undertaken cleaning of water bodies and would have called on people to be more vigilant about personal hygiene and sanitation of living spaces to control the spread of the virus. In addition, the Indian Ministry of Health would communicate on this subject and would regularly inform about the spread of the disease.

How is tomato flu transmitted?

The tomato flu would be transmitted by direct contact between infected children. The infected person should be placed in isolation so as not to risk infecting other people. “It’s not a fatal diseasebut it is contagious and can spread from person to person, although the true ways in which the infection spreads are still being investigated“, according to the words of Dr. Subhash Chandra, assistant professor of internal medicine, Amrita Hospital, Kochi, relayed by the media India Today.

Yes. Tomato flu is a contagious disease that is transmitted by direct contact. This virus is said to be more common among school children due to lack of maintenance of hygiene and frequent putting of hands in mouth. “Infectious agents could remain in a child’s body for several weeks after the infection clears, making them favorable carriers“, says the site Narayana Healtha large network of Indian hospitals.

There is no cure for the tomato flu

What is the treatment for tomato flu?

For the moment, there would be no treatment to cure the tomato flu. No vaccine to protect against it. The treatment remains symptomatic, as for foot-hand-mouth, depending on the needs of the child (antipyretics and analgesics). Tomato flu is a self-limiting infectious disease, as signs and symptoms disappear after a few days. “Patients who develop tomato fever should to drink a lot of water and resting in bed, as advised for other viral fevers, to keep the body hydrated and well rested“, says Dr. Chandra. Finally, utensils, clothing and other objects used by infected people must be disinfected to prevent viral spread.