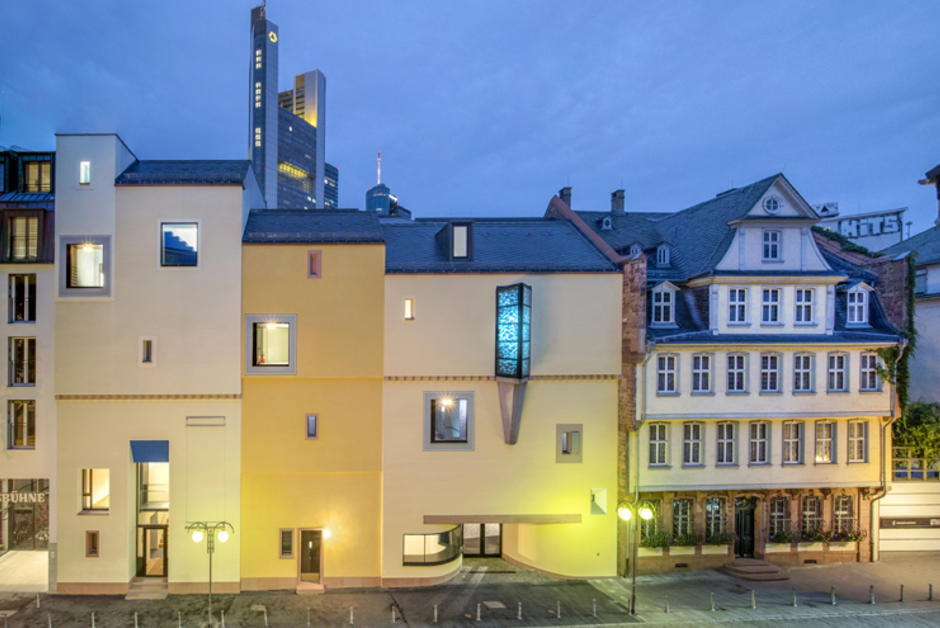 The German Romanticism Museum has just been inaugurated in Frankfurt, Germany. According to its designers, it is the first to offer an overview of this era as a whole. The opportunity to sweep away some clichés, to restore this movement to all its complexity.

Romantic thought, to which Frankfurt now devotes a museum, intrudes down to the smallest detail of the brand new building designed to accommodate it, with its projections, its nooks and crannies, and its optical illusions.

On the top floor, a tiny peephole invites the eye to contemplate, from the darkness of the museum, the towers of Saint Paul’s Church, the cathedral and the European Central Bank which sparkle in the sun. In a typically romantic logic, the peephole, like a kaleidoscope, reorganizes the heterogeneous – here politics, faith and money – in an unsuspected perspective.

A movement more cerebral than it seems

After ten years of preparations and construction, the Museum of German Romanticism, located not far from Goethe’s house [qui est né à Francfort en 1749 et y a grandi], was inaugurated on Monday, September 13. It offers a spectacular space in this time of reverie and nostalgia [qui s’étend de 1790 à 1850 environ], an era with a thousand facets, in many ways ambiguous, and therefore so difficult to grasp.

The journey through the exhibition rooms quickly makes you understand that romanticism is much more than a story of sensitivity, that it carries a reflection in itself, like the movement of the Lights with which it finds itself in a relationship of dialectical tension. . Even the romantic souls who flared up so easily knew it with [le poète] Novalis: excess of ardor can be dangerous.

The museum’s center of gravity is made up of an unparalleled collection of original manuscripts and letters from Novalis, Schlegel, Brentano and Eichendorff. [tous des grands noms de la littérature romantique allemande], which the Frankfurt literary foundation responsible for the project, the Freies Deutsches Hochstift, has been enriching for over a hundred years. These writings, which hardly like the light of day, are supplemented by a whole series of works by

Founded in 1949 and led by a team of five directors, the HE DOES, a large conservative and liberal daily, is a reference tool in German business and intellectual circles. Over 300 editors and 40 correspondents at