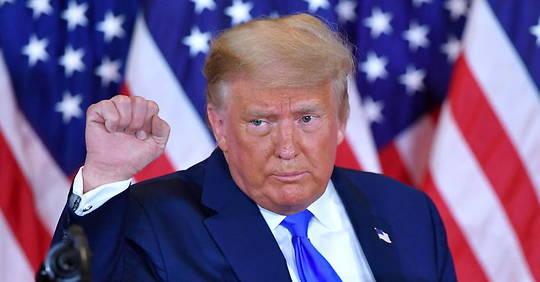 Before leaving the White House, Donald Trump is trying to leave his mark on the number of elected officials in Congress. Indeed, the census of the American population, according to the Constitution, must be held every ten years, and conditions the granting of federal subsidies and the number of seats in the House of Representatives devolved to each state. In July, while the census was underway, Donald Trump ordered his government to remove undocumented migrants when the number of elected officials was allocated.

The Republican, who made the fight against illegal immigration one of the hallmarks of his presidency, had explained that he did not want to “give parliamentary representation to foreigners” in an irregular situation. Several states that are home to large numbers of migrants, such as California, could lose at least one seat. They quickly went to court and obtained victories in the first instance.

“Undocumented migrants have never been excluded from the census”

The Trump administration then asked the Supreme Court to intervene urgently, since Donald Trump is supposed to transmit to Congress in early January the results of the 2020 census and the number of seats allocated to each state. The nine wise men therefore heard Monday, November 30 by telephone, because of the pandemic, the arguments of both parties.

Read also In Georgia, Republicans still believe in it

“The president has the discretion to determine that certain illegal immigrants, at a minimum, do not have stable links with the States”, pleaded Jeffrey Wall for the republican administration. “This policy ignores the millions of irregular migrants who have lived here for decades and have strong ties to their communities,” replied Barbara Underwood for New York State.

The court’s three progressive judges (out of nine) seemed sensitive to this argument, as did Conservative magistrate Amy Coney Barrett, newly appointed by Donald Trump. “Historical evidence and well-established practice contradict your position,” she told the government official: “Undocumented migrants have never been excluded from the census. “

The annoyance of the Supreme Court

More generally, the nine wise men tried to pierce the many uncertainties weighing on the file, starting with the number of undocumented migrants concerned. The government lawyer said he was unable to know whether the measure would relate only to some 60,000 migrants in detention centers, to the 200,000 threatened with deportation or to the approximately 10 million present on American soil. He also acknowledged that the Ministry of Commerce, in charge of the census, would probably not be able to transmit the data on December 31 as planned due to obstacles posed by the Covid-19.

“It’s frustrating, maybe it is a very important file, or a lot of ado about nothing,” said conservative Samuel Alito. “We do not know what the Minister of Commerce is going to do, what the president is going to do, how many foreigners will be excluded and the effect of their exclusion” on Congress, added the Chief of the Court John Roberts.

“We might be wise to wait until the allocation of seats has taken place before making a decision,” he concluded. If the high court sticks to this wait and see posture, it could serve Donald Trump who is free to act in the absence of a new judgment and until the assumption of office of his successor, Democrat Joe Biden, January 20.