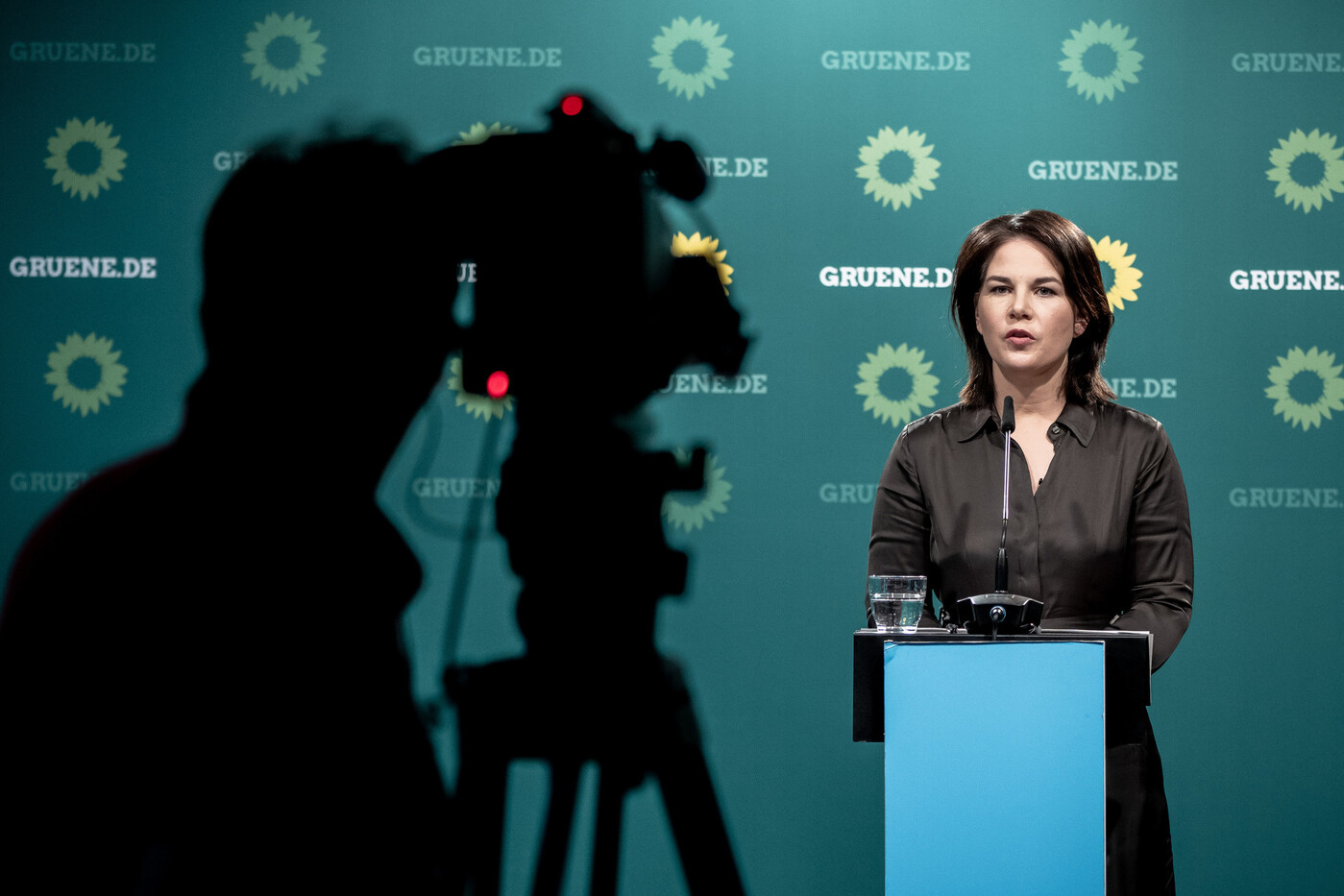 The euphoria of the beginnings is running out of steam. On the eve of the opening of their national congress on Friday 11 June, German environmentalists (Bündnis 90 / Die Grünen) see their popularity decline after having launched on the hats of wheels, in April, their electoral campaign for the legislative elections of September 26 .

→ ANALYSIS. Germany: the Greens in working order for the legislative elections

Admittedly, they remain the second political force in the country in the various polls, with more than 20% of voting intentions and two promising regional elections in March in western Germany. However, they are losing speed and are hardly placed in front of the Christian Democrats (CDU / CSU), as was the case several times in May.

A series of criticisms about his income and diplomas

There are many reasons for this shortness of breath. Their chancellor candidate Annalena Baerbock, the only woman to aim for the post this year, has had to respond to a string of criticisms over her earnings and degrees. She first admitted having “forgotten” to notify the administration of the Bundestag in time of € 25,220 in Christmas bonuses, paid by her party in 2018, 2019 and 2020. If the person concerned immediately rectified the situation and will not be sanctioned, she acknowledged ” a mistake “. “I am the first to be angry”, she declared.

This incident was immediately pointed out by its competitors who accuse it of “double moral”. Classic argument used against the Greens, this time it is based on the fact that Annalena Baerbock and her party have been pleading for years for more transparency in the publication of elected officials’ incomes. « This incident is scratching the aura of the Greens, comments Tilman Mayer, from the University of Bonn, They like to argue from a moral point of view and have had to criticize themselves. Their image took a hit and a shadow fell on their candidate who has now returned to the standard, no better than the others », believes the political scientist.

→ PORTRAIT. Germany: green light for Annalena Baerbock in the race for the chancellery

A few days later, Annalena Baerbock’s diplomas raise questions. Her competitors accuse her of posing as a lawyer specializing in international law, although she has never completed her thesis. If there is nothing illegal, her rivals accuse her of pretending to be what she is not.

Added to this is a first televised debate deemed “average”, in May, and the announcement of several controversial proposals. The head of the list of the Greens wants the end of short-distance flights in Germany by 2030 and an increase in the price of gasoline. As for the party’s co-president, Robert Habeck, he said he was in favor of the sale of arms to Ukraine, raising the anger of his own activists.

Fall and stabilization of its popularity rating

Consequently, the popularity of the Greens fell before stabilizing. “The Baerbock express train has lost speed”, summarizes the political scientist Tilman Mayer. That the euphoria of the early days did not last forever, Annalena Baerbock expected. Target of smear campaigns on social media, the 40-year-old candidate often repeats to expect a difficult campaign.

Three and a half months before the legislative elections and on the eve of their national congress, the Greens are nevertheless showing themselves to be the most combative, aware of never having been so close to acceding to power, after 16 years in the opposition. « We are at the start of a new era ”, notes Michael Kellner, secretary general of the party, in reference to the departure of Chancellor Angela Merkel.

« This election will be a duel between the Greens and the CDU / CSU (…). We remain stronger than ever in the polls and the Union is more than ever far from its expectations », he adds, before confirming his party’s objective: “We want to rule”. The race therefore remains very open.