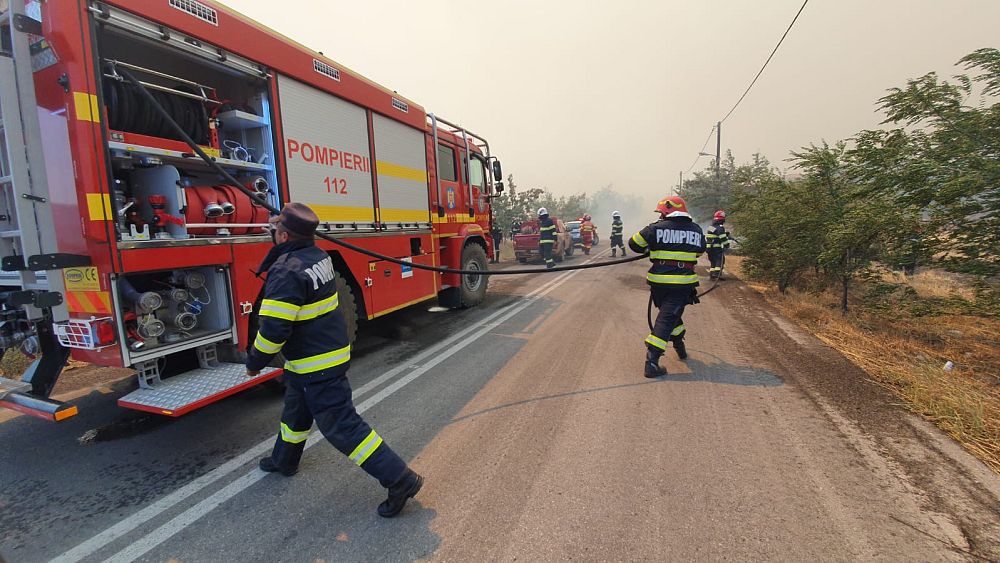 In Greece, the battle against fire continues in the face of risks of resurgence

In Greece, the battle against fire is not over. The fire in Vilia, about sixty kilometers northwest of Athens has been contained but the firefighters, whether Greek or foreign, must remain in place in the face of the risk of a resurgence.

Here the vegetation had already burned in the devastating forest fires that ravaged the country in early August. In total, more than 116,000 hectares have gone up in smoke in the country since the end of July.

The firefighters who had been deployed by the hundreds, with foreign reinforcements, remained mobilized. This is the case of the unit of Major Catalin Samsodan, who came from Romania: “When we arrived on the scene, the inhabitants were very grateful for all the efforts we made to extinguish the fire”, explains he does. “Some people even hugged us. And you know, when you hear Romanian words like ‘mulțumesc’ which means thank you, it’s very motivating. It allowed us to be stronger and to continue to work together with Greek firefighters. “

“We divide the responsibility of each unit to deal with a forest fire, or clearing, explains Vasileios Bikas Major of the Greek fire brigade. We cooperate and we stay together on the ground.”

Probably due to global warming, the forest fires that hit Greece were unprecedented, but the country was able to count on European support as Michalis Arampatzoglou, Euronews correspondent in Greece, explains.

The European Union’s civil protection mechanism mobilized more than 1,000 firefighters from 11 Member States, 236 vehicles, 9 bombers and helicopters. This is the EU’s biggest response to such an operation in a country.