How to follow up on a masterpiece? By hurrying slowly, if we interpret the title of the fourth album of Tame Impala, The Slow Rush, published almost five years after a record, Currents, having shifted Australian man Kevin Parker’s “one man band” from indie star to major pop pop of the 2010s.

In 2015, in fact, the multi-instrumentalist from Perth, who had reinvigorated psychedelia for two opuses – Innerspeaker (2010) and lonerism (2012) – spinning guitars, escaped from rock orthodoxy to produce Currents a true pop liberation manifesto. Leaving the domination of six-strings for synthesizers and seaside melodies, Parker assumed all of his influences – those, among others, of the Bee Gees, Supertramp, Fleetwood Mac… – by embracing them and reinventing them in a fire of an artifice of songs as creative as they are radiant.

Not easy to follow after such an instant classic (sold over 1 million copies and dedicated “album of the year” at the Grammy Awards in February 2016). Yes Currents had been a rupture disc, The Slow Rush is in line with an aesthetic opening favoring keyboards, radiant melodies and carnal romp.

Admittedly, this fourth album does not take off at the dizzying pace of its predecessor, propelled as it was by a piece of bravery, Let it happen. More atmospheric and narrative, One More Year unfolds by superimposing layers of voice and synthesizers setting a scene. That of a melancholy – reflecting on the past and future time – which will soon have ants in its legs. Very quickly, whoever started his life as an instrumentalist as a drummer imposed his obsession with groove by completing it, as in the past the Bee Gees or Abba, with vocal harmonies as irresistibly dancing as his rhythms. After the sunny chorus of Instant Destiny, that of borderline (already released as a single) exhilarates his spleen from the first bars, soon carried by the trills of a sampled pan flute.

Further, Breathe Deeper and Lost in yesterday shine with the same combination of ultra funky vocals and instrumentation mischievously diverting the glitter of disco, the piano of house music, the beats of Daft Punk, even turning factories afros. The one who, after Currents, collaborated with several sizes of urban pop – Lady Gaga, Travis Scott, Mark Ronson, Kanye West… – seems to have adopted the famous motto of George Clinton’s Funkadelic: “Free Your Mind … And Your Ass Will Follow”. By also distilling an oddity leading to more depth, as in the “Lennonian” Tomorrow’s Dust, making it rain dry guitar and keyboard close to discomfort. 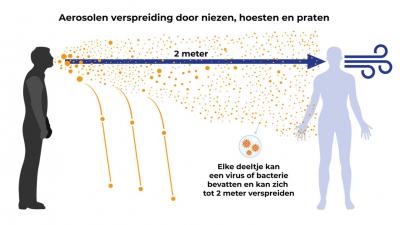