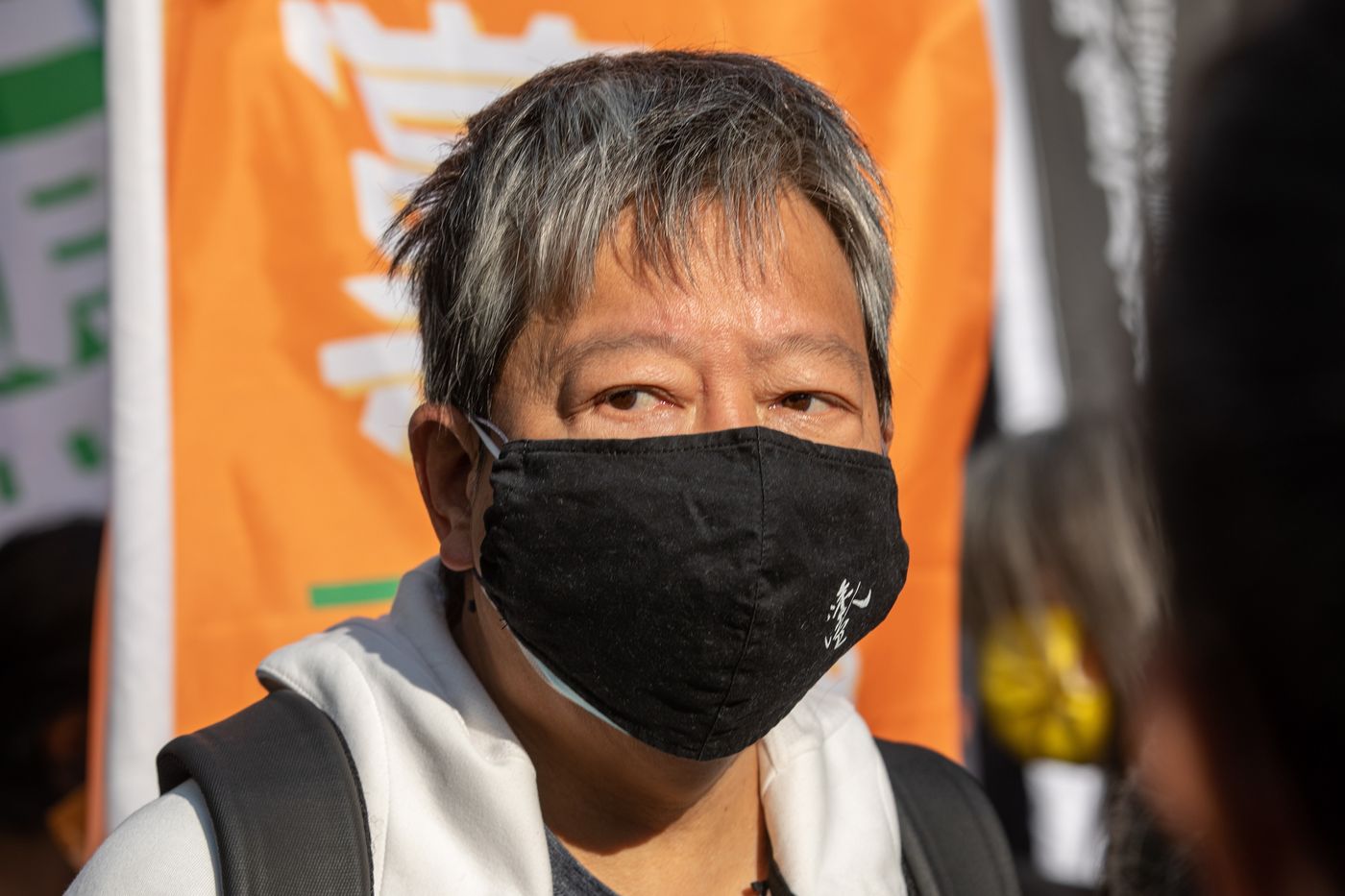 “It’s a very painful dissolution”Hong Kong Alliance member Tsang King-shing said on Saturday (September 25) after the vote that marked the end of this pro-democracy group. “The government uses all kinds of laws to force a civil society group to disband”, he added.

The Hong Kong Alliance was one of the most visible symbols of political pluralism in the city. His disappearance is the latest illustration of the rapidity of Beijing’s takeover of the former British colony, a major world business center that was once semi-autonomous.

After announcing their disbandment, Alliance officials read a letter from their chairman, Lee Cheuk-yan, imprisoned by China. “A regime cannot deprive the people of their memory and their conscience, he wrote. The convictions of the Hong Kong Alliance will be transmitted to the hearts of Hong Kong people. “

Earlier this month, Chinese police indicted three senior officials, including Lee Cheuk-yan, with “subversion”, a crime against national security. Police also ordered the group to take down its website and social media platforms, and authorities said they would revoke its registration as a company.

This dissolution of dissolution was not unanimous among the leaders of the alliance. “I still hope to show the convictions of the Hong Kong Alliance to the whole world and continue this movement which has already lasted for 32 years”, lawyer Chow Hang Tung wrote earlier this week. But other personalities, including Lee and Albert Ho, have indicated that they are in favor.

→ THE FACTS Hong Kong is still tightening the security screw

The Alliance was told earlier this year that it was under investigation by the national security unit and ordered to hand over a plethora of documents and details on its members. . Unlike many opposition groups who quickly retreated or obeyed police demands, the Alliance took a more provocative approach. Many of its leading figures are lawyers and have argued that the police request was illegal.

The pro-democracy people accused by Beijing of being “Agents of foreign forces”.

At the end of August, the city’s new national security police sent letters to Alliance leaders, accusing them of being “Agents of foreign forces”.

The letters also asked them to hand over the personal information of all members since its founding in 1989, all meeting minutes, income records and its dealings with several NGOs regarding democracy and human rights in China. . When the Alliance confirmed that it would not cooperate, the police accused its leaders of subversion.

More than thirty years of vigils since 1989

A month later, on June 4, 1989, the student movement was crushed in blood. The event remains heavily censored by the Communist regime in mainland China, but in Hong Kong, the Alliance kept its memory alive throughout the next three decades while calling on the Chinese leadership for reform, with slogans such as “Put an end to the one-party regime” and “Building a democratic China”.

In Hong Kong, China wants to erase the memory of Tian An Men

On June 4 of each year, the Alliance held large candlelight vigils in Hong Kong’s Victoria Park, which were regularly attended by tens of thousands. Crowds have grown in recent years as anger among locals over Beijing’s way of handling the city has intensified.

The last two vigils had been banned by the police, officially because of the Covid-19 epidemic.

Dissolution does not protect activists from prosecution

Hong Kong Police and Territory Leader Carrie Lam have warned in recent weeks that disbanding an organization will not protect it or its staff from prosecution under the National Security Act , a draconian text adopted following the protests of 2019, or any other legislation.

In recent months, around 30 militant groups have scuttled themselves, including the city’s largest union and the coalition that organized the massive pro-democracy protests of 2019.