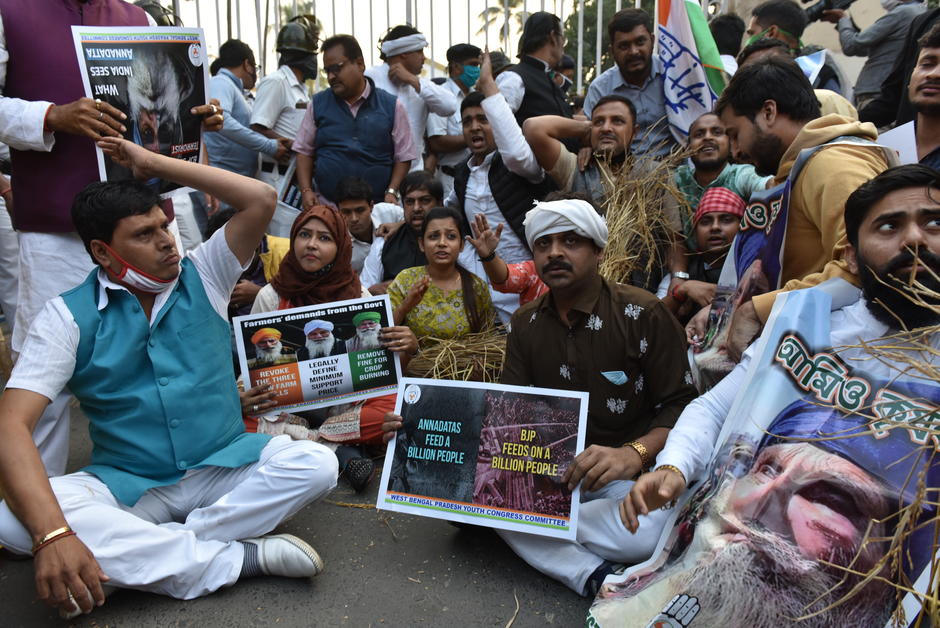 While the Modi government is due to attend the traditional annual military parade on Tuesday, January 26, in Delhi, tens of thousands of demonstrators will march in tractors against the reform of agricultural tariffs.

Their circuit has been expertly supervised by the police but their number will be “without limits”. Tuesday, January 26, thousands of tractors are expected in the streets of Delhi on the occasion of Republic Day, the national holiday celebrating the anniversary of the Constitution of independent India, which entered into force in 1950. While the traditional parade military must take place in the presence of the entire Modi government, in the center of the capital, the angry peasants want to show that they remain mobilized against the reform of agricultural tariffs.

Blocked for two months now at the main entrances to Delhi, “They were allowed to enter the city to follow three separate routes, totaling around 100 kilometers, but staying in the outlying areas and not starting their circuit until the official military parade was over”, indicated The Hindu.

Delhi police chief said the megalopolis was on alert “High security” to ensure “That no agitator will try to disturb the calm”. Even if the government agreed, Friday, January 22, to suspend for eighteen months the entry into force of the reform liberalizing the relations between producers and distributors of the agrifood, the agricultural world continues to demand the cancellation of the reform. .

Outraged “The tens of thousands of farmers in Punjab, Haryana and western Uttar Pradesh” expected Tuesday in the streets of Delhi, others “contingents” have planned to demonstrate elsewhere in the country on this holiday, “Especially in Kerala, Gujarat and Orissa”, as well as in Maharashtra, where hundreds of tractors have converged in the past three days from the countryside to Bombay. From Monday, a large gathering was held in the heart of the economic capital of the country, “In solidarity with the demonstrators in Delhi”, reports theHindustan Times.

The political leaders of the region, opposed to the Hindu nationalist party (BJP) in power at the national level, joined the thousands of peasants gathered near the famous Victoria Terminus station to denounce “The absence of debate” which characterized the adoption of the controversial reform, in September 2020. They also lambasted “The benefits that private companies will eventually reap” of this text according to them unbalanced.