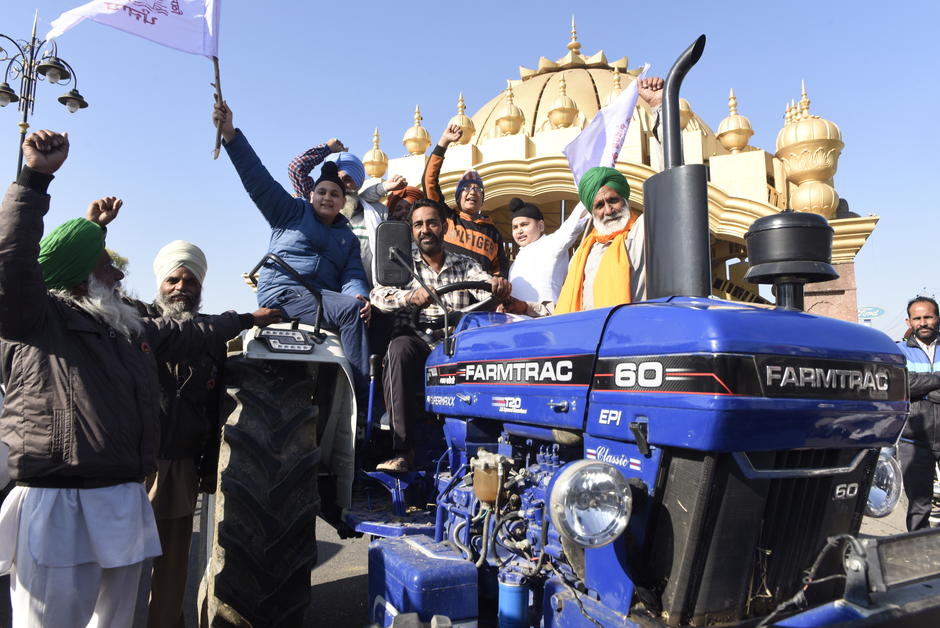 Crowds of farmers from northern India entered the capital on Friday, November 27, in an attempt to get the Modi government to cancel a reform that liberalized agricultural tariffs in September.

They converge on foot, by tractor or by truck towards Delhi. Hundreds of thousands of peasants in the Punjab, angry at the deregulation of agricultural tariffs imposed in September by the Modi government, have been trying since Thursday November 26 to storm the Indian capital. Friday, November 27, when they were joined by farmers from Haryana, Uttar Pradesh and Uttarakhand, and they were still a few tens of kilometers from the goal, “They had to brave the water cannons and tear gas used by the police to try to make them turn back”, indicates theIndian Express.

They nevertheless swore to “To break the roadblocks” drawn up on the main access roads to Delhi, while thousands of inhabitants of the agglomeration found themselves, for the second day in a row, prisoners of gigantic traffic jams. In the middle of the day, the authorities announced the lifting of the barricades, allowing a tide of people to surge into the city center. “The Delhi authorities, however, refused access” at a curious request from the police, reports theHindustan Times : “The immediate conversion of nine cricket stadiums into detention centers to lock up demonstrators”, while hundreds of arrests have already taken place in two days.

If the farmers have made their arrangements, taking with them “Enough clothes, food and firewood to cook”, is that they are “Well decided” to make the seat of the seat of federal power “For an undetermined time”, observe the Deccan Herald. They demand the annulment of the reform, “On the grounds that they were not consulted before it was written”. Their greatest fear is “To see the minimum prices guaranteed by the State disappear soon”.

The Modi government assures them otherwise, adding that the peasants are now “Free to negotiate the prices of their crops with whomever and wherever they want” in India. Until now, they had to sell their production by contacting local intermediaries, with whom they could negotiate bundled prices. Several ministers assured the union leaders that they would be received very quickly to find a solution to the conflict.