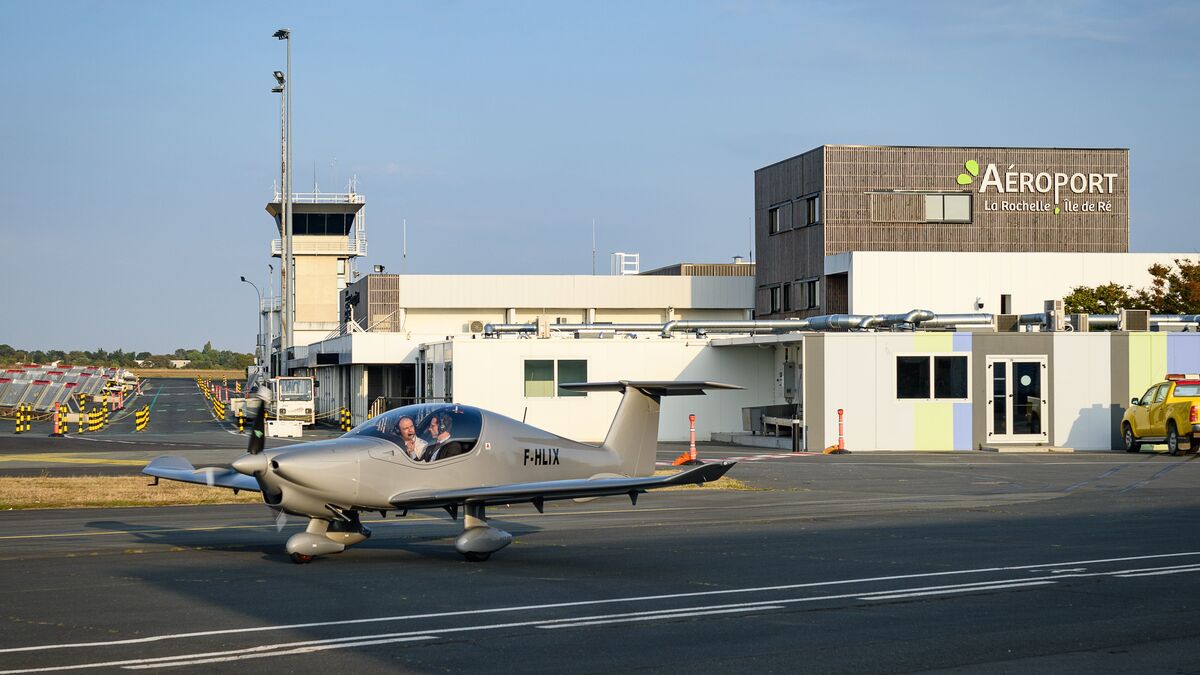 A brand new factory for a revolutionary aircraft: Elixir Aircraft has just inaugurated its new workshops near the runway at La Rochelle airport (Charente-Maritime). These 2,300 m2 hangars are “a crazy bet” in the words of Arthur Léopold-Léger, one of the three founders of this start-up born in 2015: to imagine a small two-seater plane with a single wing.

“This is a world first. The wing is made of carbon, in a single piece, ”confirms Cyril Champenois, another founder of Elixir Aircraft with Nicolas Mahuet. This design, called “one shot” and directly inspired by water sports, eliminates the need for screws, rivets and glues. Everything that really characterized aviation from the making of the first wooden and canvas aircraft to the introduction of composite materials in the 1970s.

Result: this light aircraft is built with 1,300 parts – not counting the 100 horsepower engine – when its rivals of the same size count up to 20,000. The two-seater is broken down into eight main elements such as the wing, ailerons or the fuselage, all made of carbon. The company can thus dispense with robots and complex tools to produce this technological gem equipped as standard with a parachute. “Apart from the propeller, the avionics – the electronic equipment – and the engine, more than 70% of the parts are produced in France, says Cyril Champenois. With this factory, we will also be able to repatriate internally the manufacture of many parts of the Elixir. “

Sold at a price of 280,000 euros, this versatile two-seater is primarily intended for private customers and flying clubs. Less noisy, it would release “70% less CO2 compared to the current fleet”, according to Arthur Léopold-Léger. Another major advantage: the hour of flight – consumption and maintenance – would fall according to Elixir Aircraft to 40 euros against 140 euros for a Cessna 172, the most popular passenger plane in the world produced since … 1955. These operating costs could also be of interest to training schools for future airline pilots.

“In the years to come, the airlines will need 40,000 new pilots each year, only 7,500 are currently trained,” assures Arthur Léopold-Léger. Elixir Aircraft has already registered 108 pre-orders, of which 15 are firm. “This represents between 18 months and 2 years of production, we are very happy about it,” smiles Cyril Champenois. The company continues to hire to give shape to its project: “We went from 20 employees last year to 50. And we plan to recruit around twenty people by the end of the year” , he explains.