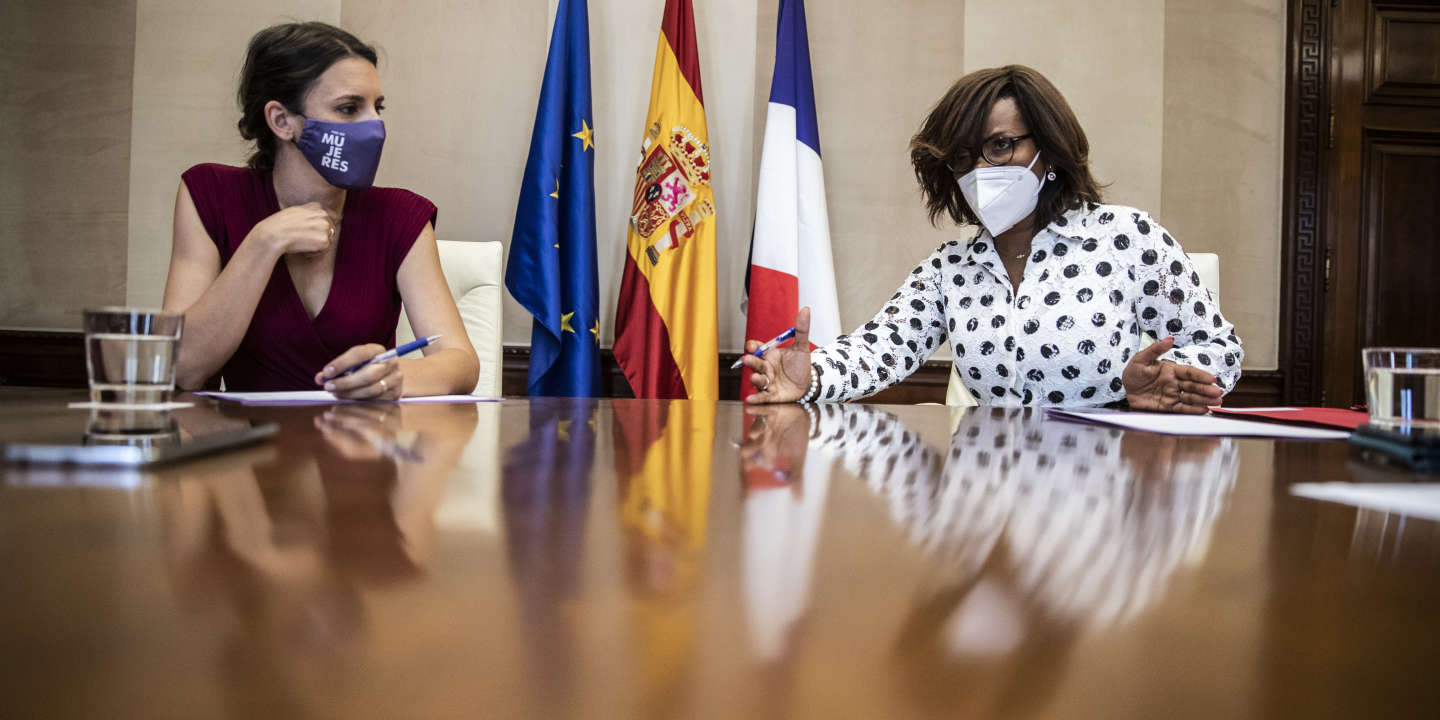 Visiting Madrid on Monday July 26, the French Minister responsible for equality between women and men, diversity and equal opportunities, Elisabeth Moreno, met her Spanish counterpart, Irene Montero, to discuss inspire pioneering measures in the fight against violence against women taken since 2004 in Spain. The opportunity also to confront two models.

Spain is often cited as an example in the fight against violence against women. The rate of femicide is almost two times lower than in France. On what levels can France draw inspiration from its neighbor?

Elisabeth Moreno : Since the 2004 law, Spain has been the country in Europe that has done the most in the fight against violence against women and has experienced a cultural, even civilizational change. For our part, President Macron’s decision to make equality a priority has allowed us to move forward very voluntarily since 2017, and to vote four laws in four years.

However, I would like to go further. We started later and if we want to speed up the process it helps to see what Spain did well, what they learned, what worked and what didn’t. The anti-reconciliation bracelet, for example, has helped to reduce the number of assassinations. We started to implement it in France in December [2020], but only 250 were handed out by the judges. I would also like to implement a major agreement in France such as the “State Pact against gender violence” which was sealed here in 2017, so that future governments never forget the rights of women.

In Spain, there are nearly 2,300 anti-reconciliation bracelets in circulation… The existence of specialized courts and the VioGen platform, responsible for the full follow-up of cases of gender violence, are other strengths. Is this possible in France?

E.M. : We want to set up a system at the national level that allows file sharing between the justice system and the police, as here. It is not possible that, as we saw in Mérignac, the police know that a man is an aggressor and not the justice, that they seek him in vain while he points every month to the prison. We also want to set up an interministerial unit that involves associations so that the information they have is shared in the field, with the police. Finally, we have decided to train police officers, gendarmes, magistrates and all health personnel who are in contact with women victims of violence.

You have 73.51% of this article to read. The rest is for subscribers only.