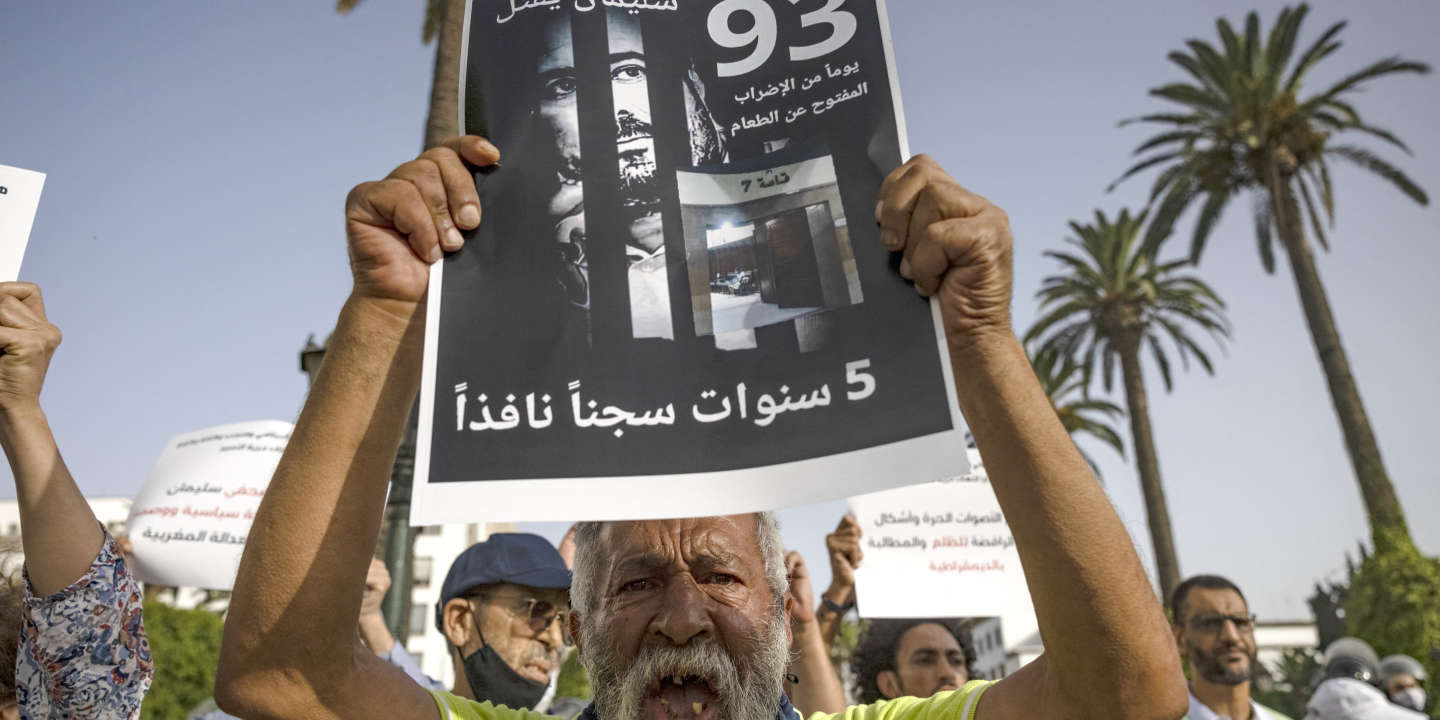 The appeal trial of Moroccan journalist Soulaimane Raissouni, sentenced at first instance to five years in prison for “Sexual assault”, opened Wednesday, October 13 in Casablanca, his support committee and the organization Reporters Without Borders calling for his release.

In early July, Soulaimane Raissouni, 49, known for his editorials critical of the Moroccan authorities, was sentenced to five years in prison for “Sexual assault” after a complaint from an LGBT + activist. Facts that he disputes, assuring that he is being prosecuted “Because of his opinions”.

Article reserved for our subscribers Read also In Morocco, the desperate fight of journalist Soulaimane Raissouni against the “injustice” of his imprisonment

The trial opened, but the court decided to adjourn it until October 27 “To give lawyers time to prepare the defense”, told AFP his lawyer, Lahsen Dadsi. The defense also filed a new request for the provisional release of the journalist imprisoned since May 2020, added Mr.e Dadsi.

Its support committee for Morocco, composed of several human rights defenders, denounced a trial “Political and vengeful” and reiterated its call to “Free him”, as well as Moroccan personalities and political parties.

In a statement released on Tuesday, the Reporters Without Borders (RSF) association hopes that this trial will “To compensate for the numerous procedural irregularities which have been observed so far” and will be “Fair and equitable”. “Soulaimane Raissouni’s place is not in prison”, added the director of RSF’s North Africa office, Souhaieb Khayati.

The journalist had been on hunger strike for 122 days to protest his detention, which prevented him from attending most of his trial hearings at first instance. After many calls from his supporters in Morocco and abroad, he ended this strike in early August and “Is recovering his health”, said his lawyer. The Moroccan authorities claim that Mr. Raissouni has benefited from a trial ” fair “ and that the prosecutions “Have nothing to do with his journalistic work”.

Article reserved for our subscribers Read also “In Morocco, journalists are imprisoned without a real basis and outside any common sense”

Two other Moroccan journalists, Omar Radi and Taoufik Bouachrine, were sentenced to heavy prison terms for sexual assaults which they deny. Mr. Radi is also charged with” spying “. Morocco occupies the 136e place out of 180 countries in RSF’s world press freedom rankings.

So as not to miss any African news, subscribe to the “Monde Afrique” newsletter from this link. Every Saturday at 6 a.m., find a week of current events and debates treated by the editorial staff of World Africa.