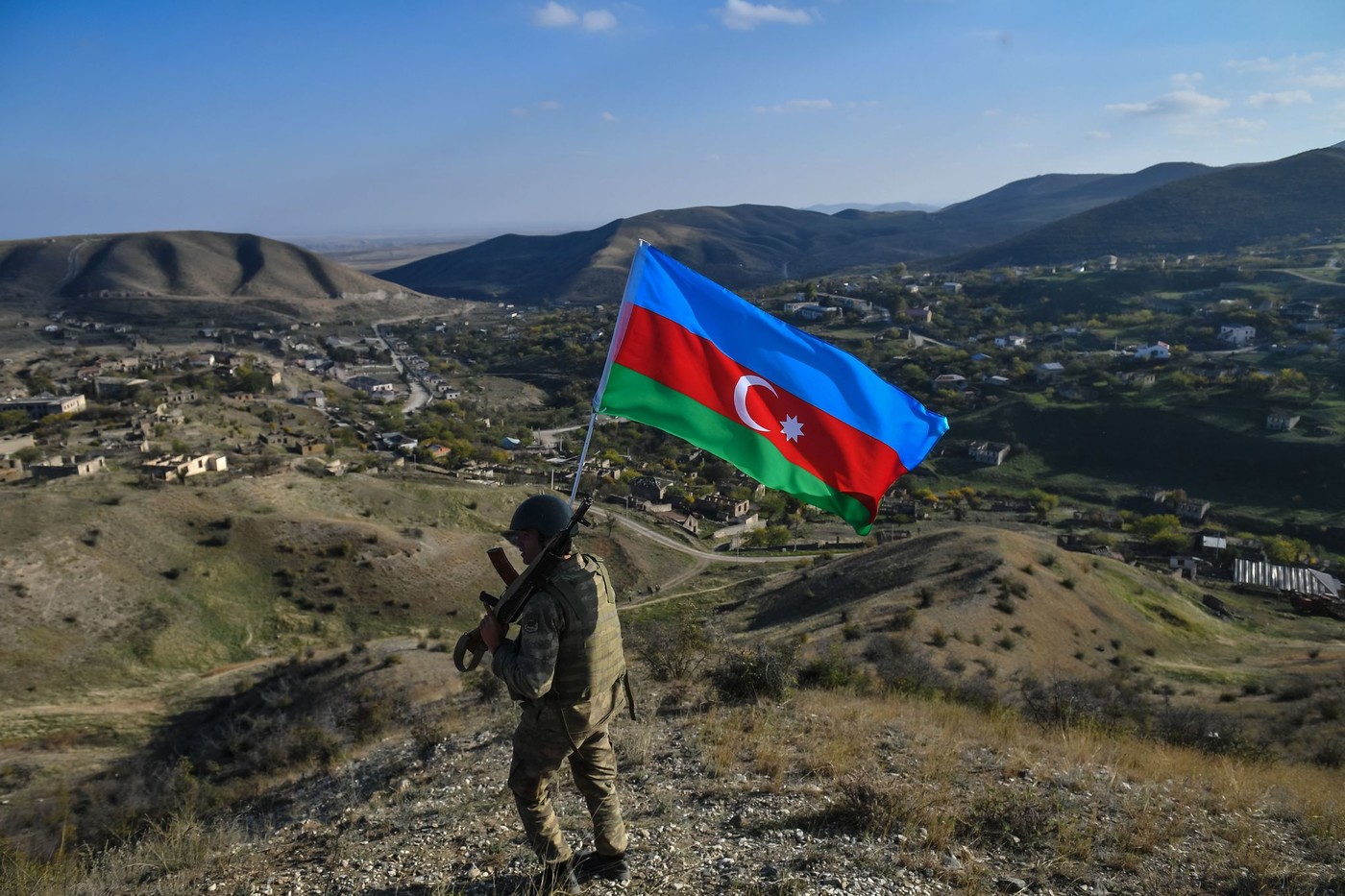 The situation is worsening for Armenian troops, who were forced to cede ground in Nagorno-Karabakh after suffering heavy losses. After the first two weeks of conflict without any notable territorial gains, the Azerbaijani forces have made clear advances since mid-October on the southern front of this separatist region of Azerbaijan populated mainly by Armenians.

→ READ. Nagorno-Karabakh, the maps to understand the conflict

Baku regained control of an Iranian border area, held until then by Armenia. The Azerbaijani army also managed to advance towards the Lachin corridor, the main access route between Nagorno-Karabakh and its Armenian ally in the mountainous region. « One of the priorities of the Azerbaijani army is to take control of this road in order to stop the arrival of Armenian military support ”, explains Fuad Shahbazov, an Azerbaijani analyst, who does not hesitate to predict a « inevitable defeat “ troops from Nagorno-Karabakh if ​​this road were to fall.

According to Rob Lee, a researcher at King’s College London, this scenario would further worsen an already difficult humanitarian situation, by preventing Karabakh civilians from fleeing to Armenia, while the bombing resumed on the capital Stepanakert. In a report published on October 23, Human Rights Watch denounced Azerbaijan’s use of cluster munitions in densely populated areas, which international treaties prohibited.

If other experts question the ability of Azerbaijani soldiers to cut off this route, all nevertheless agree on the importance of the material losses, and probably human ones, suffered by the defenders of Nagorno-Karabakh. Broadcast without restraint by the Azerbaijani authorities on television channels and social networks, the scenes of destruction filmed by Azerbaijani drones must be taken from a distance. They nevertheless allow us to state with certainty that dozens of Armenian artillery pieces, vehicles and tanks have been put out of action or captured since the resumption of the conflict at the end of September.

“By retreating, the Armenians will benefit from the cover of more rugged and wooded areas, which should protect them from Azerbaijani air superiority, emphasizes independent analyst Ryan O’Farrell. However, after a while, even on more easily defensible terrain, it becomes impossible to fight without the proper weaponry. “

The vagueness remains on the human losses suffered by the two parties, which minimize their number of deaths and exaggerate the opposing toll. Vladimir Poutine however lifted a corner of the veil by declaring Thursday October 22 that the engagements and the bombardments would have already caused the death of nearly 5,000 people, distributed more or less evenly between the belligerents. A sign that Baku, despite its triumphant rhetoric, is paying dearly for its recent advances.

For the time being, the international community remains powerless to curb the conflict, which has already broken two ceasefires. On Friday, October 23, US Secretary of State Mike Pompeo received his Armenian and Azerbaijani counterparts separately in Washington to try to find a solution to the conflict. Determined support of Azerbaijan in this conflict, Turkish President Recep Tayyip Erdogan said on this occasion that he hoped that Ankara and Moscow could move forward towards a resolution of this conflict.

It remains to be seen what he means by that. In a speech broadcast on October 20, President of Azerbaijan Ilham Aliyev reiterated his determination to continue the conflict until ” territorial integrity ” of Azerbaijan be restored. ” Armenia must announce withdrawal from occupied territories before it’s too late, did he declare. CIt is only on this condition that the fighting will cease. “

The heavy toll of Syrian mercenaries in Azerbaijan

See Also:  Spain returns to the polls in a tense climate

More than a thousand Syrian fighters recruited by Turkey have been dispatched in support of Azerbaijan. Withdrawn from the Libyan front or directly recruited in Syria, they often find themselves at the forefront in the war waged by Baku to regain control of Nagorno-Karabakh. According to the Syrian Observatory for Human Rights, at least 134 of them had already been killed on October 18. For its part, the Washington Post reported, on October 13, the repatriation to Syria of 53 bodies of combatants. Most are drawn to a monthly salary of 1,000 Turkish liras (€ 110), which is well above their Syrian salary.