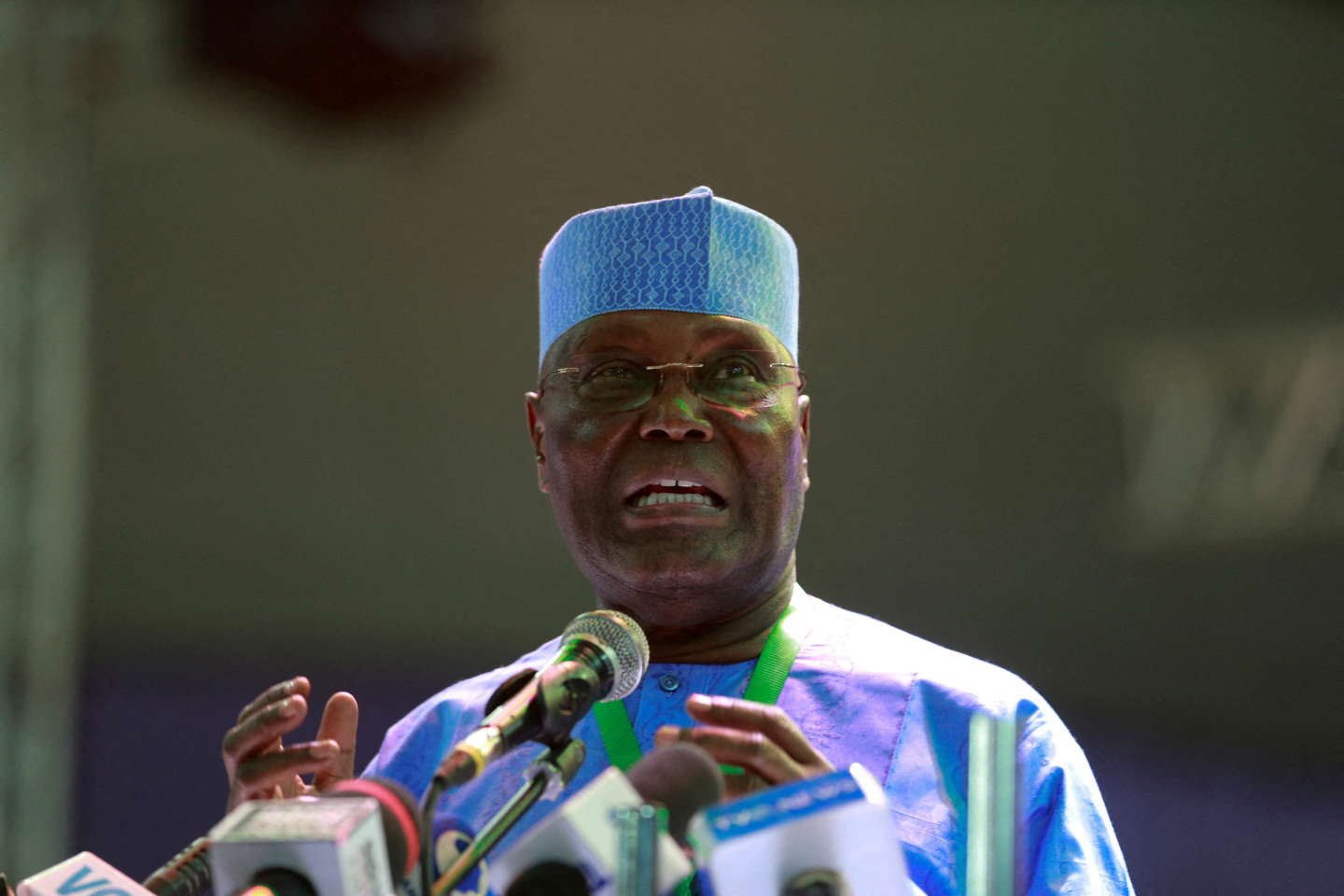 The former vice president Nigerian and longtime opponent Atiku Abubakar was nominated opposition candidate on Saturday May 28 for the presidential election scheduled for February 2023, the ruling party postponing its primary for a week to nominate its candidate. “Today we are writing history, a history that we believe will bring fundamental change”Mr. Abubakar told his supporters gathered in Abuja, where the vote was organized.

This 75-year-old Muslim from the north of the country was chosen after a People’s Democratic Party (PDP) primary and will be trying for the sixth time to be elected president of Nigeria. The ruling Congress of Progressives (APC) will hold its primary from June 6 to 8 to choose a candidate to succeed President Muhammadu Buhari, who has announced that he will not stand again after his two terms.

Read also: In Nigeria, a Christian girl stoned and burned after being accused of blasphemy

In an attempt to reconcile this country extremely divided between a Muslim north and a Christian south and where nearly 250 ethnic groups live, an unspoken rule provides for a rotation of the presidency every two terms between candidates from the north and the south. But Mr. Abubakar, former head of customs and vice-president (1999-2007), is from the north, just like President Buhari, unlike most of the main APC candidates, who are from the south.

Within the ruling party, the former governor of Lagos Bola Tinubu and his former foal, the current vice-president Yemi Osinbajo, are the two main rivals aspiring to be invested, facing an outsider, Rotimi Amaechi, who has recently resigned as transport minister in Mr. Buhari’s government.

The current president has not endorsed any candidate and some analysts expect him to seek a consensus candidate to keep APC factions together ahead of the February 2023 general election. for Mr. Buhari’s victory in the 2015 elections, the APC has often struggled to contain its internal divisions.

Security will be a major issue in the February 2023 election, as the country is plagued by widespread insecurity. The Nigerian army is deployed on multiple fronts, notably in the northeast, the scene of a jihadist insurgency for more than a decade, and in the northwest, where criminal gangs loot, kidnap and kill residents. Since returning to civilian rule in 1999 from a military dictatorship, Nigeria has held six national elections, which have often been marred by fraud, technical difficulties, violence and legal challenges.

Africa’s largest economy, weakened by the impact of the Covid-19 pandemic, is now bearing the fallout from the war in Ukraine, which has driven up fuel and food prices across the continent. At least 31 people were killed in a stampede in southern Nigeria during a church-organized food distribution on Saturday, police said. In recent years, Nigeria has experienced several tragedies during stampedes linked to food distributions, notably in 2021 during an operation organized by a humanitarian agency in the state of Borno (north), where seven women died after having were trampled by the crowd.

Real Madrid: we know more about the disaster at the Stade de France