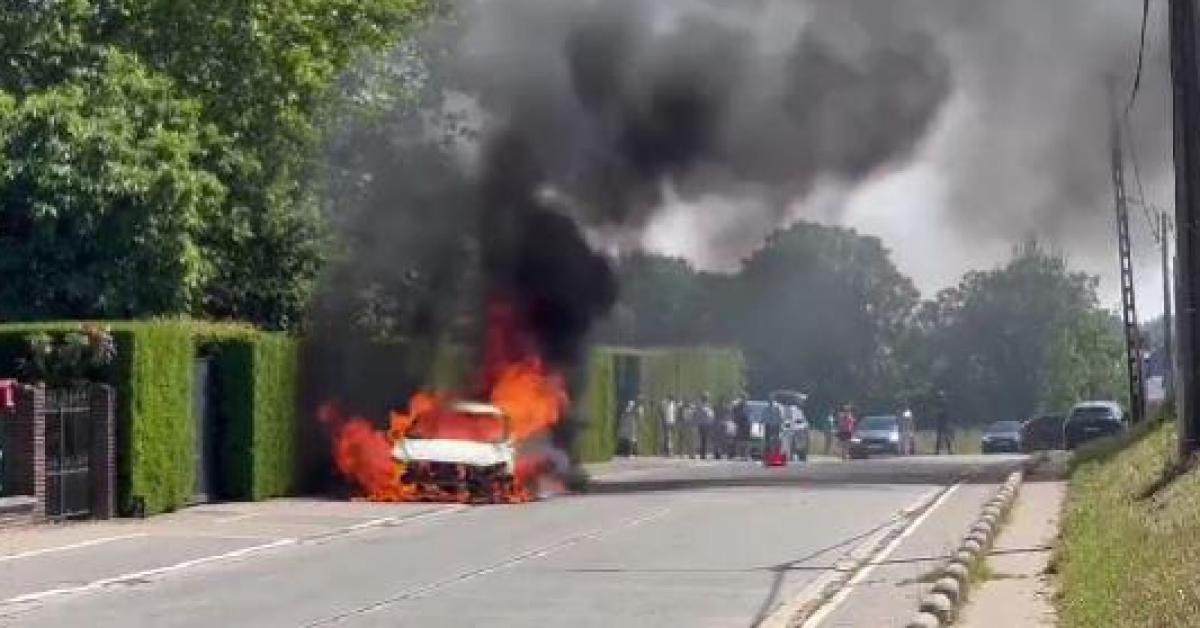 Big scare this Saturday afternoon in Ghent where the occupants of a car escaped the worst.

The images are chilling and suggest what could have happened if the occupants of the vehicle had not been able to get out in time. This Saturday afternoon, while driving towards Bambrugge, a motorist was confronted with strange noises from the engine of his car. A bizarre situation, especially since the engine was starting to sputter, as reported by Het Laatste Nieuws.

In an attempt to figure out what was going on, the driver parked on the side of the road near the SK Aaigem football pitch. When he wanted to open the hood, the car suddenly kissed. In no time, the fire spread, completely burning the vehicle. Alerted by the smoke, the players present on the field rushed to the scene.

Luckily everyone was able to get out of the car in time and get to safety. No injuries but a big fright and a lot of work for the firefighters.

A deal not to be missed.. the best and cheapest 8 phones in the middle class (photos and