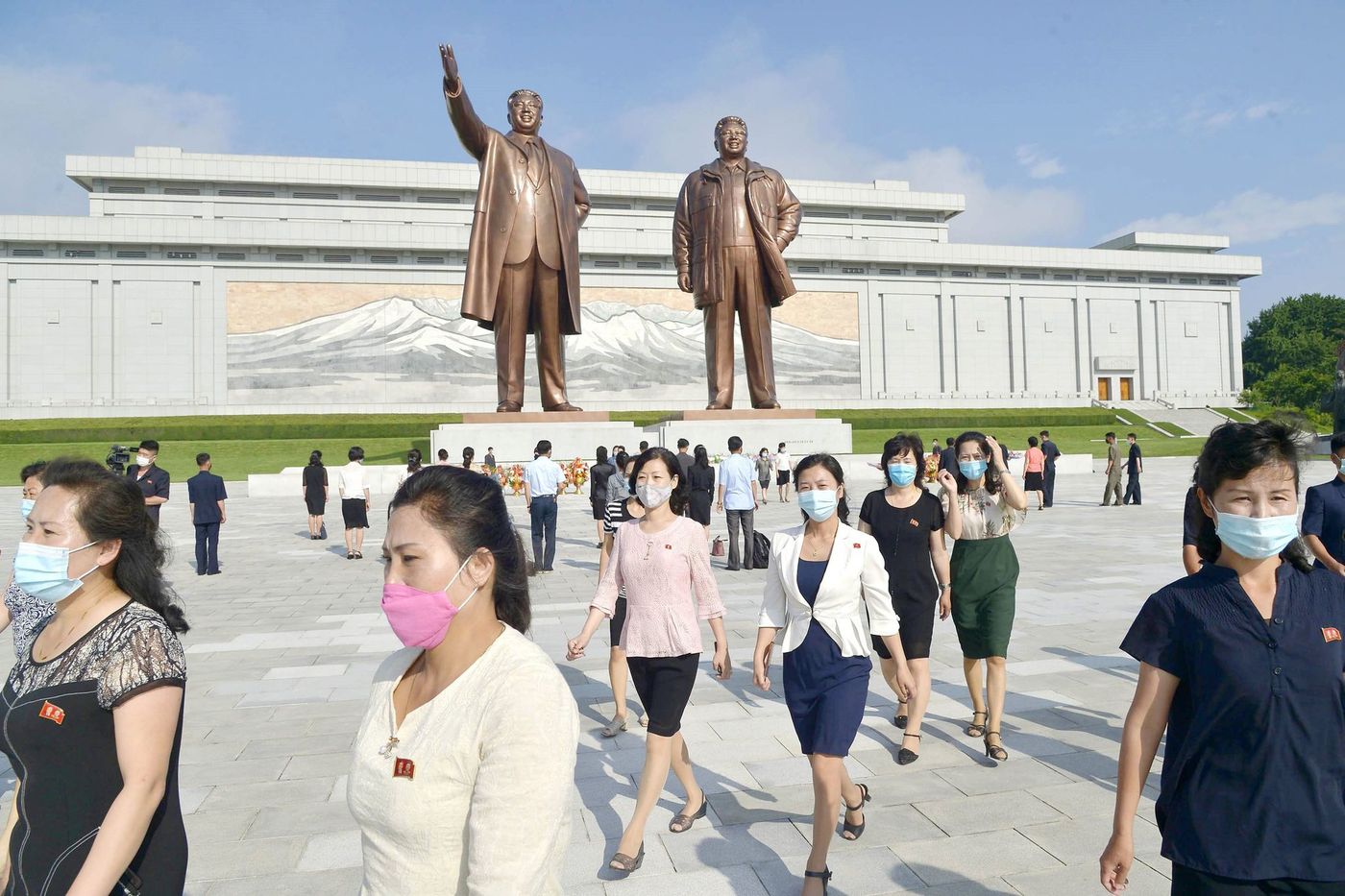 Kim Jong-un has accused several senior officials of negligence in the fight against the Covid-19 pandemic and sacked several of them. These officials have ” caused a serious incident which causes a huge crisis for the security of the nation and its people »Asserted the North Korean leader, during a meeting of the politburo.

→ READ. Faced with the coronavirus, North Korea is barricaded behind its borders

« Ignorance, incompetence and irresponsibility of senior managers is a major factor in slowing down the performance of important tasks ” he added. Without providing further details, the official KCNA news agency claims that several politburo members, including one of the five members of the standing committee, as well as secretaries of the Workers’ Party, have been replaced.

A narrative for vaccine acceptance

This information, relayed by KCNA, suggests that the health situation in the country has worsened. ” Kim looks for scapegoats and sets up a narrative to accept foreign vaccines and international assistance »Analyzes Leif-Eric Easley, professor at Ewha Womans University in Seoul.

South Korean President Moon-Jae-in recently said he was ready to provide vaccines to North Korea if it so wished. For its part, the global vaccine alliance Gavi had pledged to deliver around 1.7 million AstraZeneca vaccines to North Korea, but their shipment was delayed due to lack of “Technical preparation” de Pyongyang.

Until then, the North Korean regime maintained that the Covid-19 epidemic had not arrived on its soil, which many experts doubt. And North Korean state media have sent mixed signals, questioning the effectiveness of the vaccines.

In January 2020, Kim Jong-un decided to close the borders of North Korea, in order to prevent the spread of the coronavirus which appeared in his Chinese neighbor. Under international sanctions for its nuclear program, North Korea found itself more isolated than ever as a result of this measure. Its trade with China has drastically reduced and humanitarian organizations have deserted the country.

Kim Jong-un, his bodyguard and officials nevertheless continued to make public appearances without masks. The border with China has even reopened to trade in recent months, before closing again.

According to the latest WHO report, released in June, more than 30,000 people have been tested for the coronavirus in North Korea, and all results were negative. This apparent success has had a significant economic cost: increased food prices, shortages of food and medicine, and famine in some cases.

Kim Jong-un recently admitted that North Korea faces a “Tense food situation”. In April, he called for a new ” Forced walk To help the population cope with difficulties. The expression refers to the famine of the 1990s, which caused the death of hundreds of thousands of people, following the reduction in aid from Moscow following the collapse of the USSR.