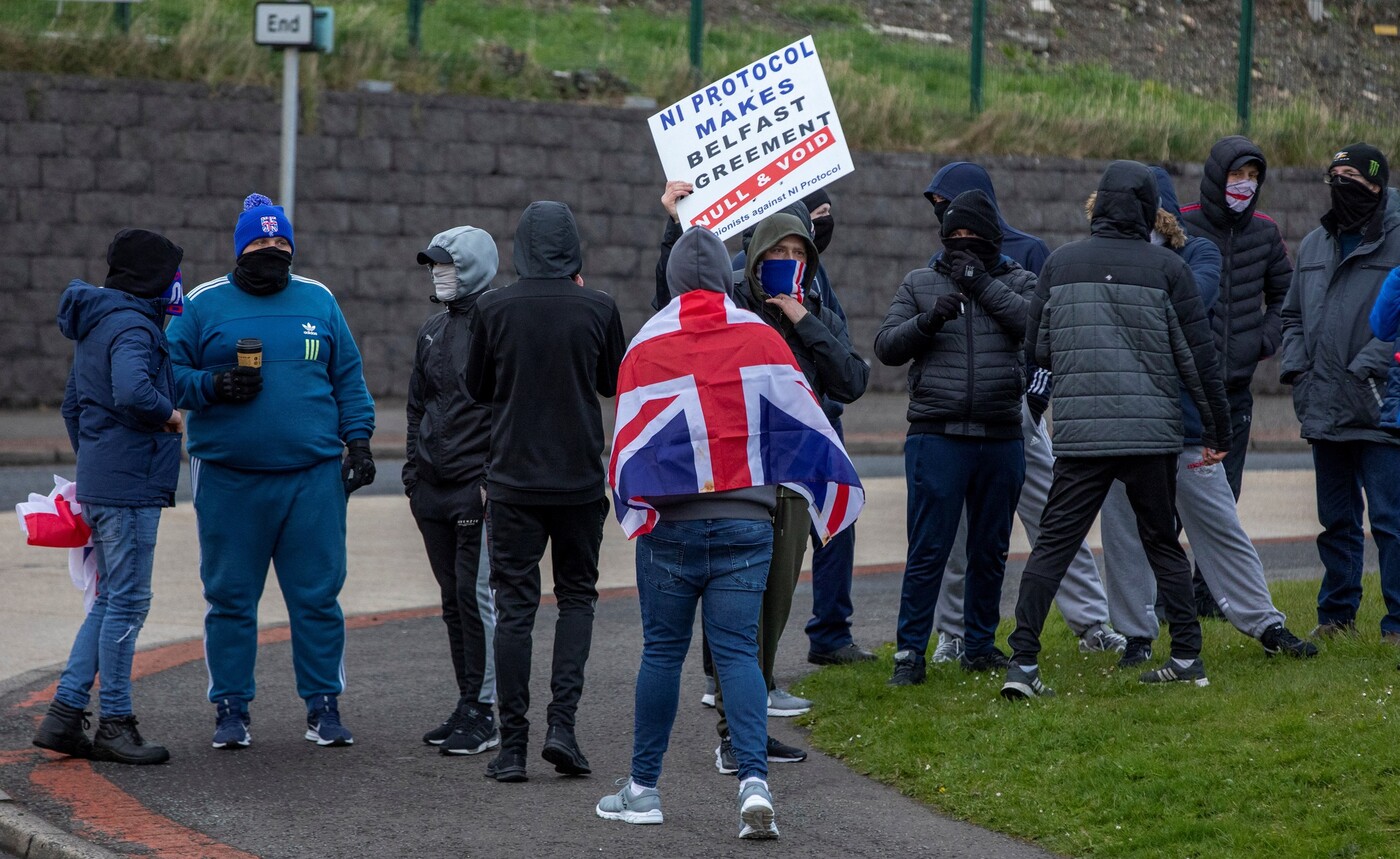 The cross : Should we be worried about the violence that has resurfaced in Northern Ireland in recent days?

Karin Fischer : The situation is tense. The clashes are impressive but limited in number. It seems that a combination of circumstances explains why the tensions have risen a notch, without this being directly linked to the question of the border between Great Britain and Northern Ireland and to the controls of goods provided for by the protocol. Northern Ireland, signed between London and the European Union. In February, these checks were interrupted after customs officers were threatened by Protestant loyalists at the port of Larne. Then there was the decision of the Irish police not to prosecute political figures of Sinn Féin (Irish Catholic nationalists) who, a year ago, had gone without a mask to a funeral of one of their own. . Finally, there was the arrest of a small loyalist group which, following drug trafficking, took advantage of the tensions to attack the Northern Irish police.

This situation constitutes a serious alert, especially with the approach of the traditional summer parades, in particular that of the Orangemen (the most important of the many Protestant loyalist organizations), on July 12, when they celebrate the anniversary of the battle of the Boyne which took place in 1690. It is an additional source of tension. But for the moment the unionist paramilitary organizations have not budged.

Should this be seen as a manipulation of the DUP, the Democratic Unionist Party led by Arlène Foster, which challenges the Northern Irish protocol?

K. F. : It is difficult to accuse the head of the DUP, even if her decision to call for the resignation of the chief of police for not having arrested the members of Sinn Féin who had gone to the funeral, by delegitimizing him, participated also to ignite the frustrations of the loyalists.

London, which still administers the six counties that make up Northern Ireland, does it have an interest in the situation getting out of hand?

K. F. : Of course, this can fix London at a time when the British government is crossing swords with the European Union over the Northern Irish protocol provided for in the context of Brexit. London has in fact decided to postpone for six months customs controls with Belfast provided for by the Northern Irish protocol for, she said, social reasons.

→ EXPLANATION. Why is the post-Brexit deal problematic in Northern Ireland?

The EU retaliated by bringing a lawsuit against London for breaking the deal. But at the end of the day, what would Britain’s interest be? That this leads to a border between the two Ireland? It is not in the interest of anyone, let alone the Irish. It would be a short-term view of London and a big risk-taking.

Is it possible that the conflict with Catholic nationalists will restart?

K. F. : Nationalists keep a low profile, and this is the best strategy. It doesn’t concern them. They present themselves as the guardians of the Good Friday Agreement which ended the conflict in Northern Ireland in April 1998. Conversely, the Unionists are cornered, they are not fighting against the nationalists, as during the Troubles, but against Great Britain which has let them go. It’s a role reversal. Previously, it was the Catholic nationalists who felt discriminated against fought against London. Since Brexit, and while the majority of Northern Irish people have voted against, the loyalist community feels powerless over the changes it is bringing about.

She feels betrayed by London and she is very upset against the Prime Minister. Boris Johnson has indeed accepted the Northern Ireland protocol when he said he would not. Thirty years ago Ulster was of strategic interest to London. This is no longer the case today, it represents a huge cost for the United Kingdom, and the British population is losing interest in its fate. Loyalists cling to a country that gives the impression of not caring for them.