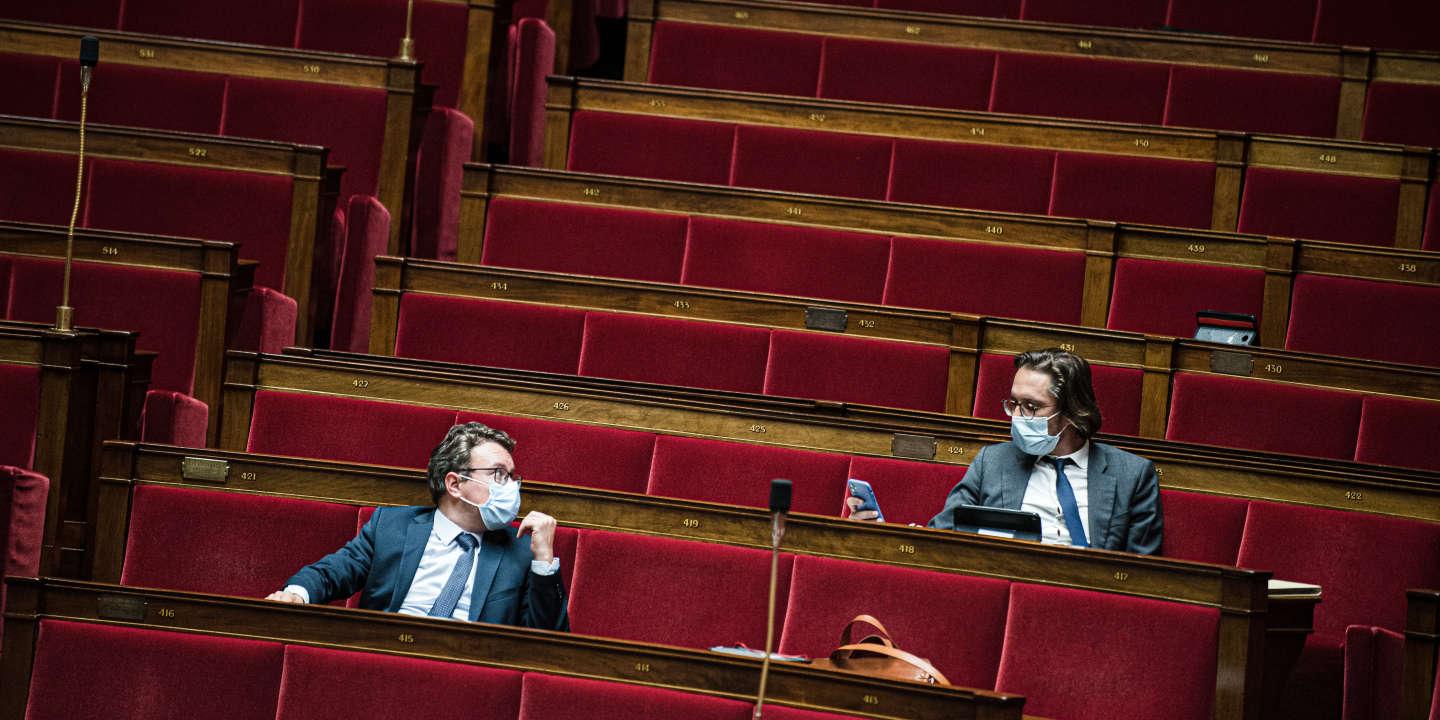 Eight presidential speeches between March 12, 2020 and July 12, 2021. Eight speeches during which parliamentarians, including those of the majority, learned, like millions of French people in front of their screens, the decisions of the head of the State, sometimes to fight the epidemic, later to loosen the grip of the constraints that now weigh on their daily lives. While Parliament has debated for hundreds of hours since the start of the health crisis, to endorse the decisions of the executive, a large part of the national elected representatives have the feeling of living on the margins of this unprecedented political moment. “The parliamentary debate today relates only to decisions already taken elsewhere”, emphasizes the deputy Les Républicains (LR) of Haute-Marne François Cornut-Gentille.

It took four days and five nights to pass the ninth bill related to the state of health emergency, Sunday July 25, the last day of the parliamentary session. Will the consensus reached at least have the virtue of appeasing public debate? Not so sure. “From the moment when Parliament empties itself of any issue of debate because we know that in the end, it is the majority that wins, the tensions of society necessarily accumulate elsewhere, analysis Chloé Morin, political scientist at the Jean-Jaurès Foundation. They confront each other in the worst places, where discussions lead to the hysterization of frustrations, that is to say, social networks, the media, but it can be the streets, and “yellow vests” represent that. “

A National Assembly largely dominated by the presidential majority, which has the last word on the Senate, itself on the right … In the light of the health crisis, many are rediscovering the limits of the Ve Republic. “The question of the role of Parliament is much more sensitive under the presidency of Emmanuel Macron, because he is more than his predecessors in a situation of full powers, supports Philippe Bas, LR senator from La Manche. He does not have to negotiate with his parliamentary majority, which represents him to the French instead of representing the French to him. “

In the majority, the criticisms of the oppositions on a supposed solitary power of Emmanuel Macron irritate, each being convinced that they could not have done better in the management of this unprecedented health crisis. “To say that the president decides on his own is totally crazy and irresponsible, defends the president of the LRM group in the National Assembly, Christophe Castaner. Since the start of the pandemic, all parliamentary group presidents, all party presidents, associations of elected officials and social partners have been consulted. It is true, one could also try to make a referendum with multiple questions before each presidential expression. “

You have 81.67% of this article to read. The rest is for subscribers only.