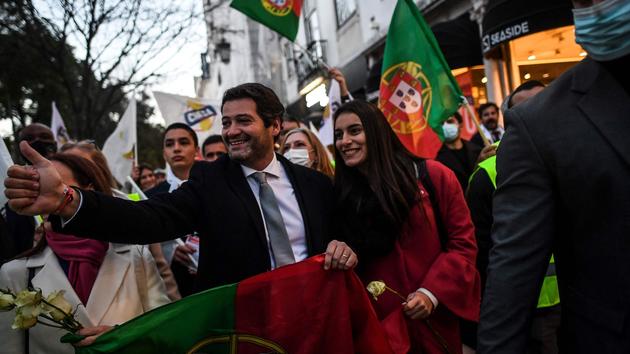 DECRYPTION – The populist Chega party came third in the legislative elections on Sunday, won by the Socialist Party of Prime Minister Antonio Costa.

From our special correspondent in Lisbon

«Our frontier is not not to include ministers from Chega, our frontier is to never depend on the voices of the extreme right!Five days before the legislative elections this Sunday in Portugal, the outgoing Prime Minister, Antonio Costa, raised the specter of the far right during his meeting Tuesday evening in Aveiro.

On Sunday, Costa’s Socialist Party (PS) clearly came out on top with 37 to 42.5% of the vote according to the first projections and Rui Rio’s Social Democratic Party (PSD, center right) obtained 27 to 35% , in second place. With six to 14 elected and up to 8.5% of the vote, the far right of the anti-system Chega party, founded in 2019 by a former PSD, the charismatic André Ventura, could be propelled to the rank of third political force in the country. . For the first time since the end of Salazarism in 1974, the right of the Portuguese right, which defends life imprisonment and chemical castration of sex offenders…