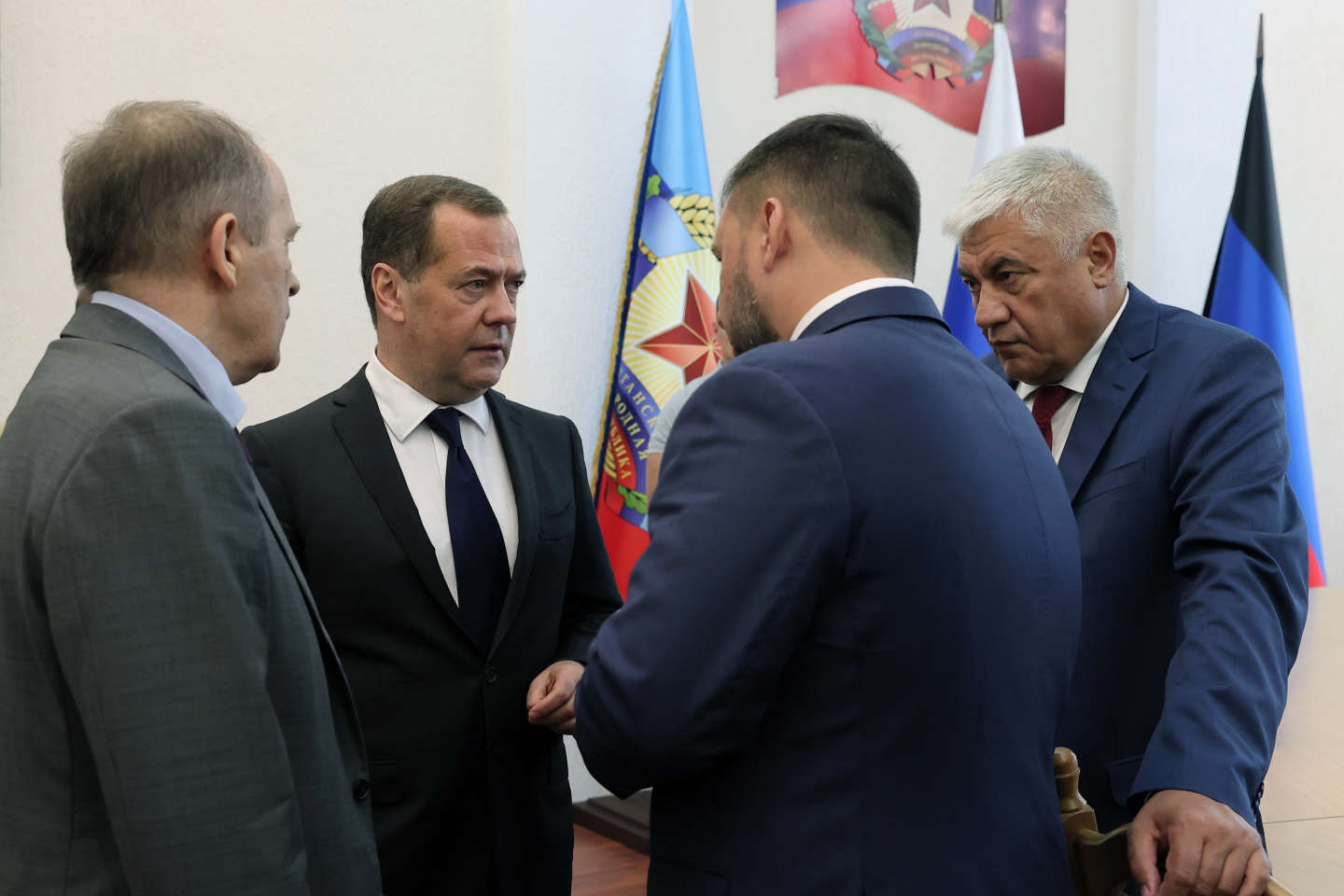 Hardly a week goes by without Dmitry Medvedev making new threats. While Moscow and kyiv continue to accuse each other of dramatic bombardments around the Zaporizhia nuclear power plant occupied by Russian forces, in southern Ukraine, he wrote on Friday August 12 on his Telegram account: “The bastards of kyiv and their Western patrons seem ready to organize a new Chernobyl (…) What can I say… Let’s not forget that the European Union also has nuclear power plants. And that accidents are also possible there. »

The day before, on August 11, the former Russian president went to the Donbass for the first time, at the head of a large delegation, which included the deputy head of the Russian presidential administration Sergei Kirienko, the head of the security services (FSB) Alexander Bortnikov, Interior Minister Vladimir Kolokoltsev, and the chairman of the Investigative Committee, the judicial arm of the Kremlin, Alexander Bastrykin. “Special attention has been paid to the harmonization of legislation” separatist regions with that of Russia, as well as the repair of infrastructure and the preparation of schools for the start of the new school year, specified Dmitry Medvedev, thus sent on a mission to prepare the annexation of these occupied territories of eastern Ukraine .

Read also: War in Ukraine, live: six dead in a strike on Kharkiv; kyiv says it is preparing for “all scenarios” for the Zaporizhia power plant

Then he went, Tuesday, August 16, to praise Russian armament during a visit to the Armia-2022 military forum which is currently being held on the outskirts of Moscow, in the wake of Vladimir Putin, who had just explained there that “the Russian army is clearly carrying out all the tasks assigned to it, step by step, in order to liberate the land of Donbass”.

In parallel, the violent and hateful diatribes of the one who currently occupies the post of vice-president of the Russian Security Council are multiplying. On August 9, on Twitter this time, Dmitry Medvedev attacks Estonian Prime Minister Kaja Kallas, guilty of having, “following the chief Ukrainian clown rug [Volodymyr Zelenski], spouted another Nazi nonsense” after speaking out for a ban on tourist visas for Russian citizens. “The fact that you are free is not your merit, but our fault”he underlines then, thus taking up a thinly veiled expression of the KGB, known only to insiders, during the Soviet era: “You are free, not because you are innocent, but because we have worked badly. » The same day, he compared the Ukrainian president to Hitler.

You have 70.87% of this article left to read. The following is for subscribers only.

Covid-19. What we know about the new generation of vaccines adapted to the Omicron variant