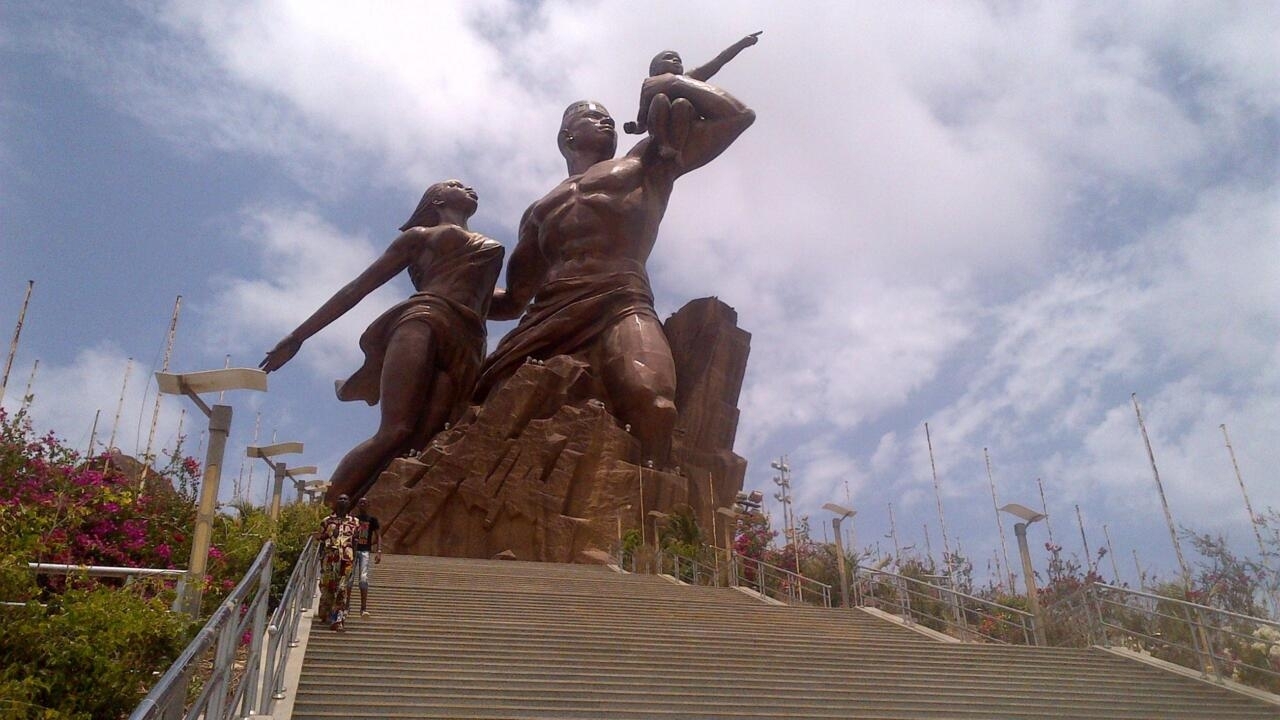 In the pages of its edition devoted to Senegal, the most famous of French tourist guides attributes to Sow the paternity of the African Renaissance Monument. Problem: Ousmane Sow is not the sculptor of this statue inaugurated in 2010 in Dakar. And given the monument’s controversial history, this mistake is symbolic.

Article updated with the reaction of the backpacker

By associating the name of famous sculptor Ousmane Sow to that of the monument erected on one of the “breasts” of Dakar, the Backpacker’s Guide revives the controversy around the order of this famous statue.

In the early 2000s, Abdoulaye Wade was not yet president when he spoke to his friend Ousmane Sow about this ambitious project: that of erecting a monument on the highest point in Dakar. Once president, he orders the monument to the sculptor: Ousmane Sow has carte blanche. He draws an African couple with their child.

But as the project materializes, the controversies multiply: Abdoulaye Wade is demanding and goes so far as to ask for 35% copyright on the fruits of the building.

Increasingly reluctant, Ousmane Sow was finally dismissed from the project in favor of another sculptor. But it is his idea that is kept, since the African Renaissance Monument is in the effigy of a couple and their child.

Reason why his daughter, Marina Sow, talks about plagiarism. Hence his anger: quoting the sculptor, who died in 2016, the Backpacker’s Guide associates it with a monument that he very quickly disavowed. Especially in the columns of Young Africain which Ousmane Sow declared shortly before the inauguration in 2010: I apologize in advance to the Senegalese for what they are going to see. »

Given the controversy surrounding the monument, the heirs of Ousmane Sow demanded an apology from the backpacker after this error. The founder and director of the Guide, Philippe Gloaguen, explains this.

Indeed, we made a mistake in the Guide du Routard […] What we didn’t know was that then there were differences between the two men, particularly at the political level, and Ousmane Sow withdrew from this project. So of course, all the editorial staff and myself, we apologize to the heirs. The proof that we are very sad about this error is that in the list of characters in the Guide du Routard, last edition, we have selected only ten people for Senegal, and Ousmane Sow is one of them. This small mistake in no way taints the admiration we have for this great Senegalese artist who is called Ousmane Sow.

Artists who ruined their career in the last decade