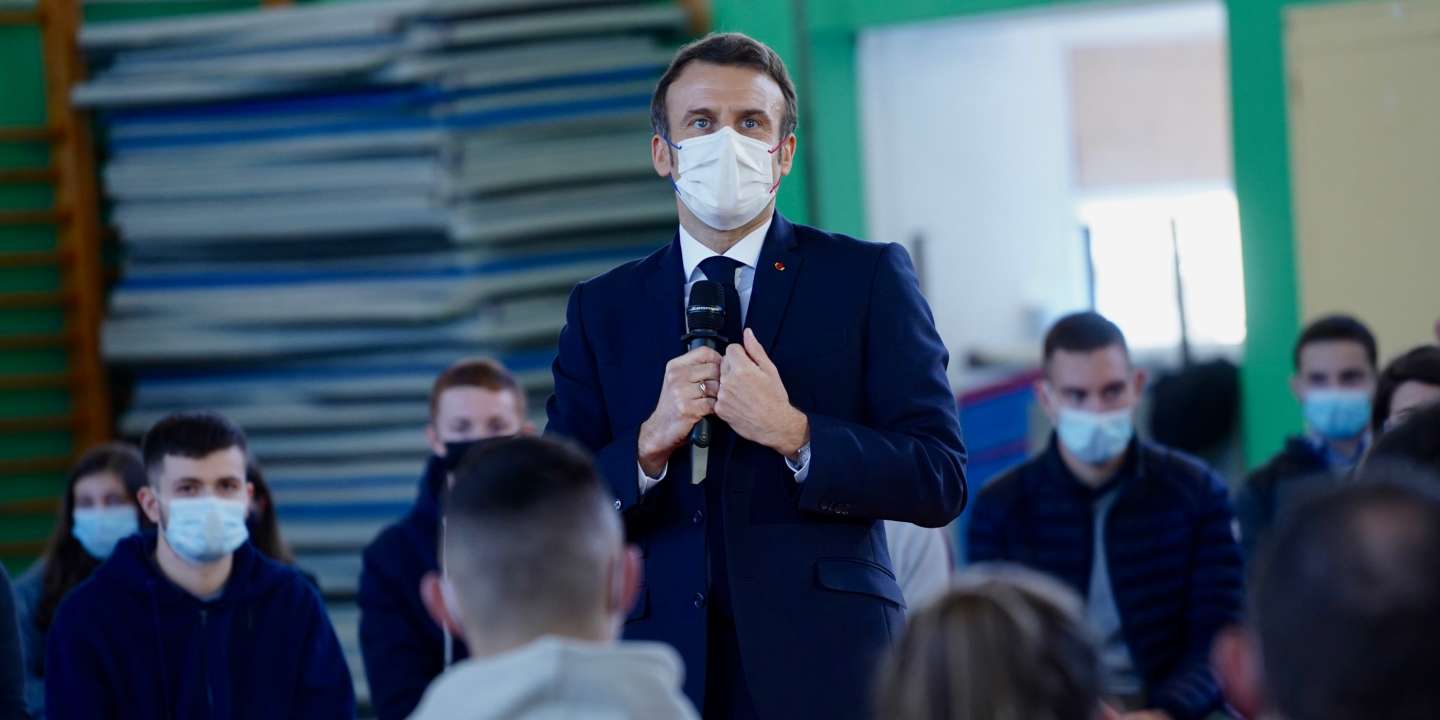 On the move in the Creuse, Monday, January 24, to discuss the themes of rurality and health in particular, the President of the Republic, Emmanuel Macron, was questioned at length by young people from the agricultural school of Ahun. He notably mentioned his candidacy for the presidential election, agricultural income and took the opportunity to return to his remarks about the university which had been much criticized in recent weeks.

At the end of the France Universities congress on January 13, the President of the Republic declared in particular that“we cannot remain permanently in a system where higher education is priceless for almost all students, where a third of students are considered to be scholarship holders and where, however, we have so much student insecurity and a difficulty in financing a model much more financed by public money than anywhere in the world”. The opposition then accused him of wanting to increase registration fees. What Mr. Macron denied on Monday.

“Contrary to what I read everywhere in the press, I never said that”, exclaimed the Head of State, assuring that he did not want ” make someone pay “ students but, on the contrary, to fight against precariousness. “I challenge anyone to find this sentence that has come out everywhere. It seems that we are in the countryside, and so apparently a lot of people in this case come out of things and make you say the opposite. » Before specifying his remarks. “What I was talking about is rather lifelong professional training, which universities will have to put in place and which are intended to be paid for, he explains. And which will allow universities to have income and to operate by giving themselves more resources. »

Macron, candidate? “In due course, I will announce my decision”

During his visit to the agricultural college, the President of the Republic was also questioned about his possible candidacy, two and a half months before the first round of the presidential election. “Are you standing for re-election? », in particular asked him a high school student. While his intention to seek his succession is beyond doubt, the man who is increasingly acting as a “candidate president” once again took care to delay his candidacy for the presidential election (April 10 and 24 ).

“In due course, I will announce my decision. I will continue to fight until the end. (…) We still have a lot of things to do. If everything had been settled, [mais] This is not the case. Until the last moment. Afterwards, I will announce my decision in due course. I think that in any case the example that you give by registering on the lists [électorales], by taking an interest in what is taking shape for the future of the country and by going to vote is very important”, Mr. Macron said.

“I have the right to vote”, replied the young man, aged 18, who will vote for the first time. “It is a right that has been conquered and which creates a form of duty. It is essential to take an interest in the substance of the programmes, in each other’s proposals and to make your choice as a free citizen. Congratulations “, continued the head of state. Before summarizing, about his candidacy: “ Response to the next episode”. Mr. Macron also spoke about agricultural income with high school students. “We must completely upgrade your professions. For fifteen years, feeding no longer had any value. We have to reacquaint everyone with the fact that food is a value”, added the Head of State, believing that the impact of the Egalim 2 law would be felt.

Less than three months before the ballot, the Head of State is occupying the field with this new stage of his presidential tour of France, which will also take him to Haute-Vienne on Tuesday, to present his assessment of the white areas, the return of public services or medical deserts. After his visit to an agricultural high school, the President of the Republic will go to a multidisciplinary health center in Bourganeuf, accompanied by several ministers. On Tuesday, Emmanuel Macron will continue with a France Services house in Saint-Léonard-de-Noblat and, finally, in Oradour-sur-Glane to decorate the last survivor of the massacre committed by the SS in 1944. He will be “listening” territories but does not plan any announcements, said the Elysée.