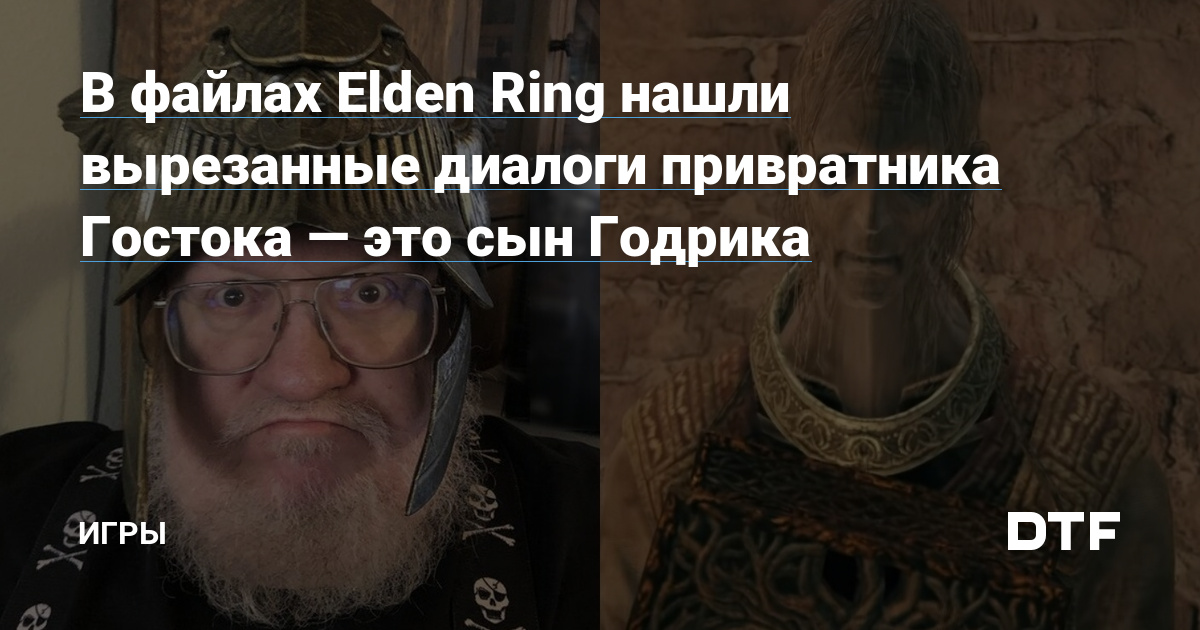 Apparently, he was supposed to claim the throne through a quest chain in the spirit of the Game of Thrones.

With his discovery of the cut quest chain shared Zullie the Witch dataminer. She found out that FromSoftware originally planned a more elaborate storyline related to the heir of Godric the Hundred-handed, the ruler of the Storm Veil castle and the whole of the Graveyard.

In the current version of Elden Ring, the throne is claimed by Kenneth Haight, who calls himself “the rightful heir to the Graveyard” and the savage Nefeli Lux – a descendant of Godfrey, the first ruler of Elden. Hayt quickly abandons this idea, and later, on the contrary, helps Nefeli, who becomes the mistress of the castle.

However, as it became known thanks to the discovery of the dataminer, the developers planned that a third character would claim the throne – the gatekeeper Gostok, whom players first meet at the gates of the Storm Veil castle. According to one of the cut dialogues, Gostok calls himself the son of Godric.

In another dialogue, Gostok asks the player if he can bring him Godric’s crown. Apparently, it could be obtained after killing a demigod. However, with Kenneth Haight and Nefeli Lux also contending for the throne, players probably had to choose who would be given the honor of ruling the Graveyard.

The fact that FromSoftware originally planned to make this chain of quests more elaborate is indicated by the fact that in the release version of Elden Ring, the tasks of Kenneth Haight and Nefeli Lux were interrupted. Only in patch 1.03, which released in mid-March 2022, it became possible to fully complete them. At the same time, the gatekeeper Gostok also had additional dialogues, but he did not begin to call himself Godric’s heir.

A scathing attack on Asala .. “A note that it is Mrs. Zainab”