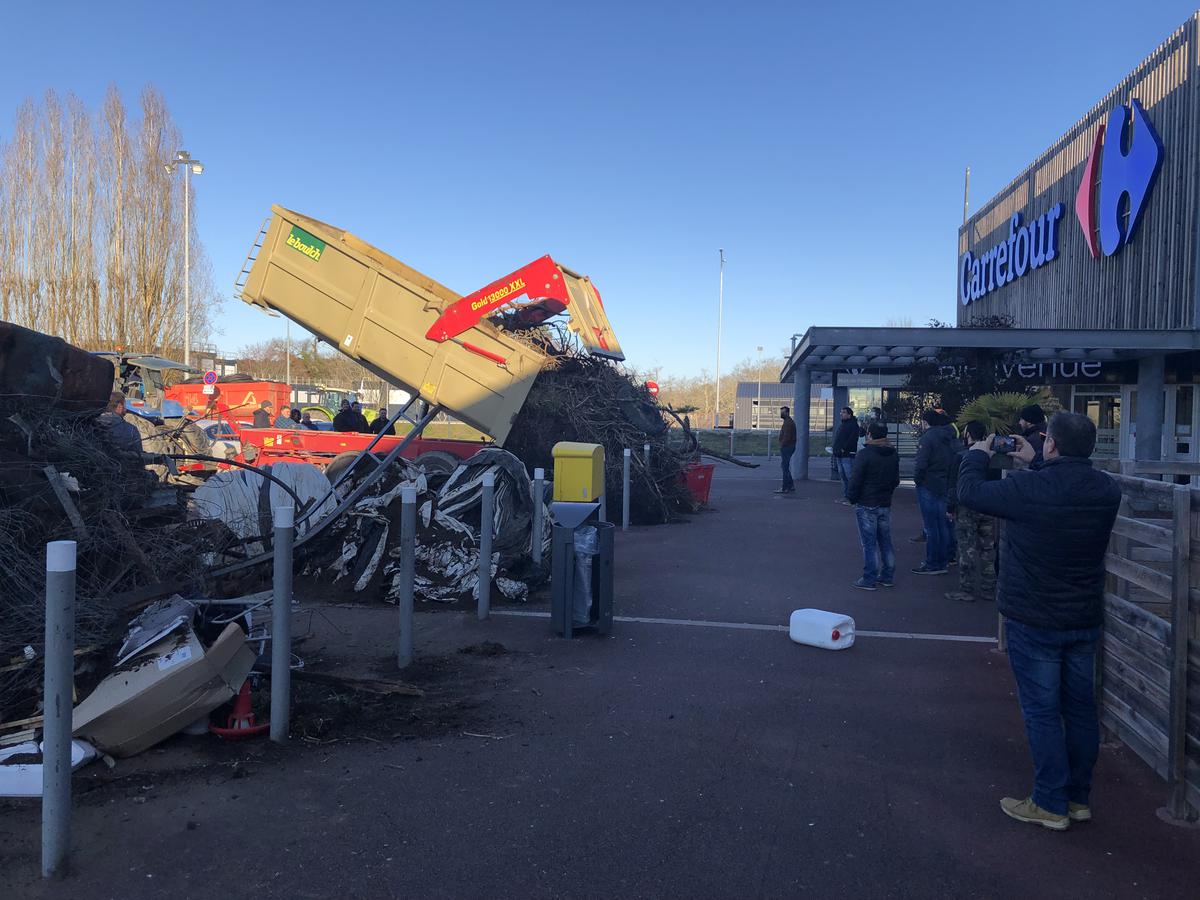 Around 8:45 a.m., when the Head of State inaugurated the Agricultural Show in Paris, five tractors with their huge trailers entered the car park to dump all their contents there. “You are bleeding us! shouted some farmers in response to the protests of employees of the sign. The rest of the demonstration, framed by a few police officers, took place in a serene atmosphere.

Similar scenes took place in Dax – at Grand Mail and Intermarché Porte Sud – as well as, a little later in the morning, at Grand Moun, in Saint-Pierre-du-Mont, where farmers also spread manure inside the mall.

If the producers and breeders recognize the usefulness of the Egalim law, they rail against the negotiations initiated with the distribution sector and manufacturers. “We are happy to have this legislative tool, which should normally allow us to build prices from our production costs, explains François Lesparre, the president of the FDSEA 40. They are in the process of strangling agriculture by pulling prices down and by all agreeing to do so. The rise in the price of raw materials, especially animal feed, but also energy and packaging are changing the situation.