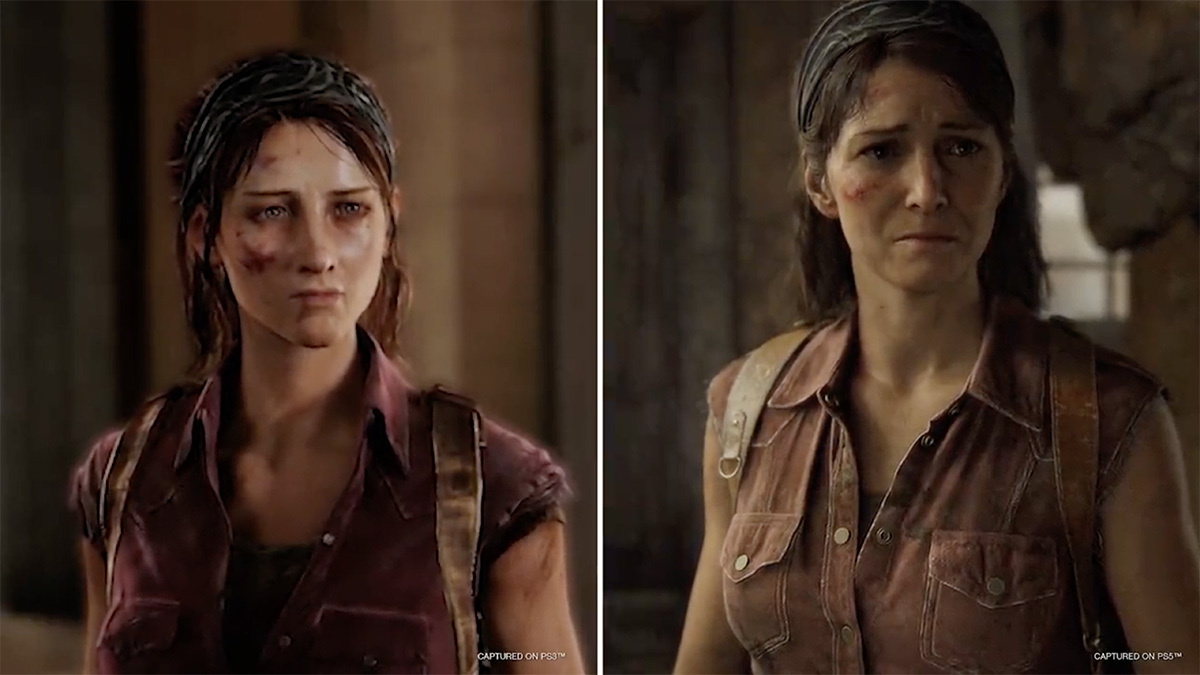 In the official Twitter account of the developer Naughty Dog,The Last of Us Part IThe graphic of Tess, the character in the movie, was unveiled for the first time. In comparison with the same scene in the original “The Last of Us”, a more realistic appearance is introduced in the video. Fans have various reactions to Tess’s graphics, which have changed significantly from the impression of the original. However, there seems to be consensus on “improving realism.”

“The Last of Us Part I” is an action-adventure game. A full remake of “The Last of Us” released in 2013, with redesigned graphics while faithfully reproducing the original. The sound, operability, accessibility, battle AI, etc. are also reviewed, and the latest technology is aiming for a remake that enhances the immersive feeling. The supported platform is PlayStation 5 / PC, and the release date of the PlayStation 5 version is September 2, 2022.

What is attracting attention in the remake version is the graphic that was remade from scratch. Not only are the expressions of light and shadow and the details created improved, but the character’s face structure itself has also changed. By pursuing realism and carefully tracing the changes in the facial expressions of the actor who captured it, we obtained realism that seems to exist.

How is the difference between the original and the remake?

The remake version of Tess’s introductory video uses a scene where Tess takes a breath, sighs after a short pause, and then leaves. The first thing that makes a big difference when you watch the video is the difference in how the face is made. It’s getting closer to the look of Annie Wersching, who played Tess. Furthermore, if you compare the differences closely, you can see that the change in facial expression is surprisingly delicately expressed in the remake version.

Fans of The Last of Us on Twitter are excited about the realistic Tess graphics. As a positive opinion, there are voices welcoming the improvement of realism, such as “like a real human being” and “increasing immersive feeling”. On the other hand, as a negative opinion, there were comments that pointed out points different from the impression at the time of playing the original, such as “the impression of the face is different” and “the age seems to be different”. In any case, there is a consensus that “the graphics are more realistic than the original”. The “pursuit of realism” that Naughty Dog aims for in the remake version of the graphic is so clear that almost everyone can see it.

The realism of the “face” that the creator talks about

In “Summer Game Fest 2022,” which was the venue for the announcement of “The Last of Us Part I,” Neil Druckmann, the creator of the “The Last of Us” series, commented on the aim of the remake. “We wanted to deliver the definitive version of the first release, unimpeded technically,” Druckmann said. It is said that the latest technology expresses what was impossible at the time of the original work.

“I was looking for a way to get closer to the original version. With PS5 and PC, that’s possible,” he said. In other words, it can be said that the remake version of “The Last of Us Part I” contains the image of the development team that could not be expressed in the original due to technical restrictions. In fact, Druckmann seemed happy to react to the remake version of Tess’s video on Twitter and become more “showing off” the awesomeness of his acting.

The “final edition” “The Last of Us Part I” for existing fans as well as new players will be released for PlayStation 5 on September 2, 2022. The PC version is under development, and the release date is undecided.

Literature: the Orange book prize in Africa for the Tunisian Yamen Manaï