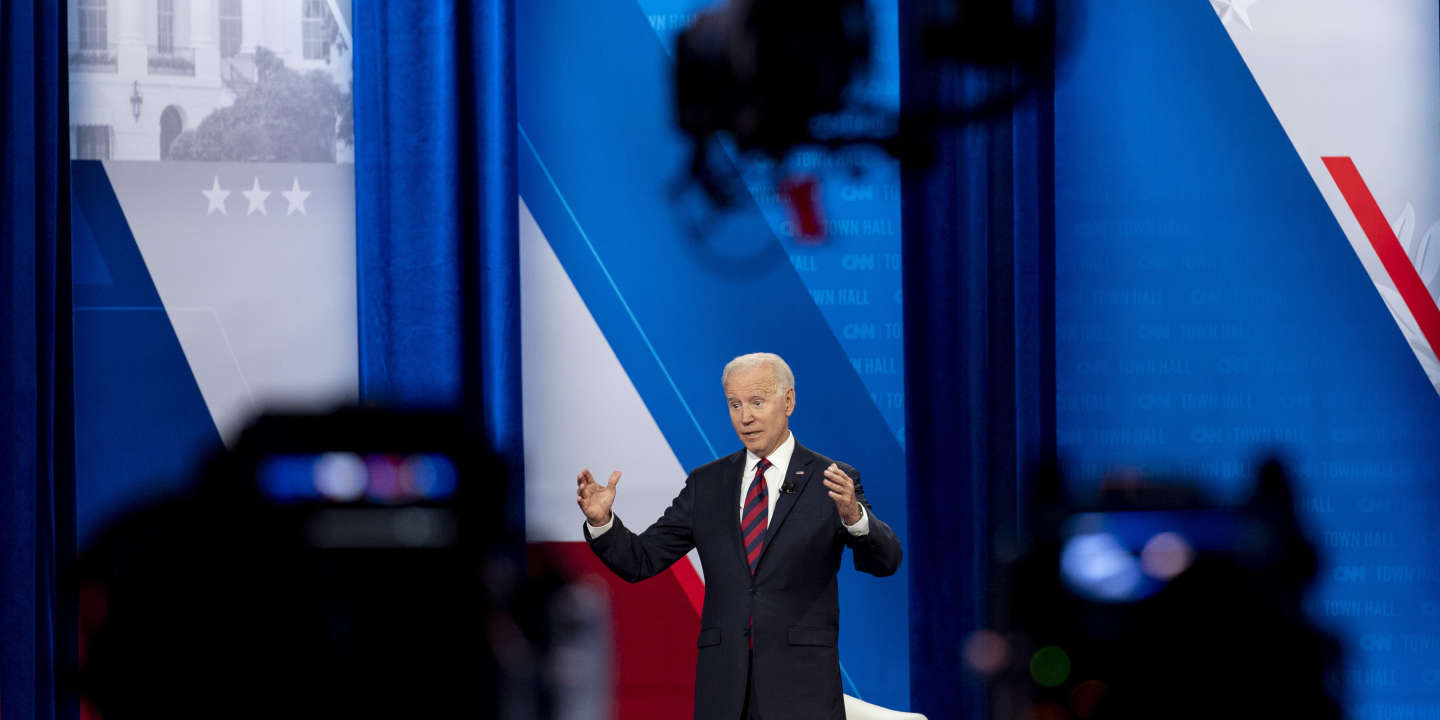 The United States Senate refused, Wednesday, July 21, to begin at this stage the examination of a plan of investment in the infrastructures of 1,200 billion dollars (1,017 billion euros), central in the Joe Biden’s strategy, who despite everything said he was optimistic about the rest of the parliamentary procedure.

Republican elected officials, who have a blocking minority, opposed the opening of parliamentary debates during the first test for this gigantic plan, very dear to the Democratic president.

Almost a month ago, the Democratic President announced that he had come to an agreement with elected officials from both parties to invest this considerable sum over eight years, in roads, airports, water networks or the Internet at broadband.

Traveling to Cincinnati on Wednesday, a city in Ohio, in the northeast of the United States, Joe Biden made a point of reminding the opposition politicians of this informal agreement: “I come from a tradition (…) where, when we shake hands, that’s it, we keep our word “, he said.

” Yes ! “, he replied to a CNN reporter who questioned him during a public debate to find out if he believed in a positive vote next Monday to open the debates on the details of his plan. “And we’ll fix your damn bridge!” “, he said with laughter and applause. He was referring to an infrastructure very close to Cincinnati, the Brent Spence Bridge, whose renovation has been discussed for years, and which is considered an emblem of aging American infrastructure.

The Democratic leader of the Senate, Chuck Schumer, had wanted to start parliamentary work on Wednesday. But the Republicans considered the move hasty. “We need more time”, explained Senator Todd Young. Discussions are stumbling over the means to finance these expenses, the Republicans having rejected a device which would have strengthened the fight against tax evasion.

Even if the vote failed, the text should survive. The 22 negotiators from both parties assured in a press release that they “Made significant progress and be ready for an agreement”. One of them, the moderate Republican Mitt Romney even mentioned the date of next Monday for the conclusion of their work.

Beyond infrastructure “Classics”, for which he is more likely to secure Republican votes, President Joe Biden wants massive investments in green energy, health or education.

Due to Republicans’ opposition to further spending in these areas, Democrats are prepared to move forward on their own on a parallel plan, currently valued at $ 3.5 trillion. To do this, they intend to use a procedure specific to budget bills, which makes it possible to reduce to 50 out of 100 the number of votes necessary to adopt a text in the Senate (against 60 otherwise).

However, they will not be able to afford a single defection, which remains uncertain given the different sensitivities present in their ranks. “We don’t have a lot of levers”, recognized Senator Bernie Sanders, figure of the American left. “We cannot afford not to make these investments”, however stressed Friday Joe Biden during a trip to Congress.