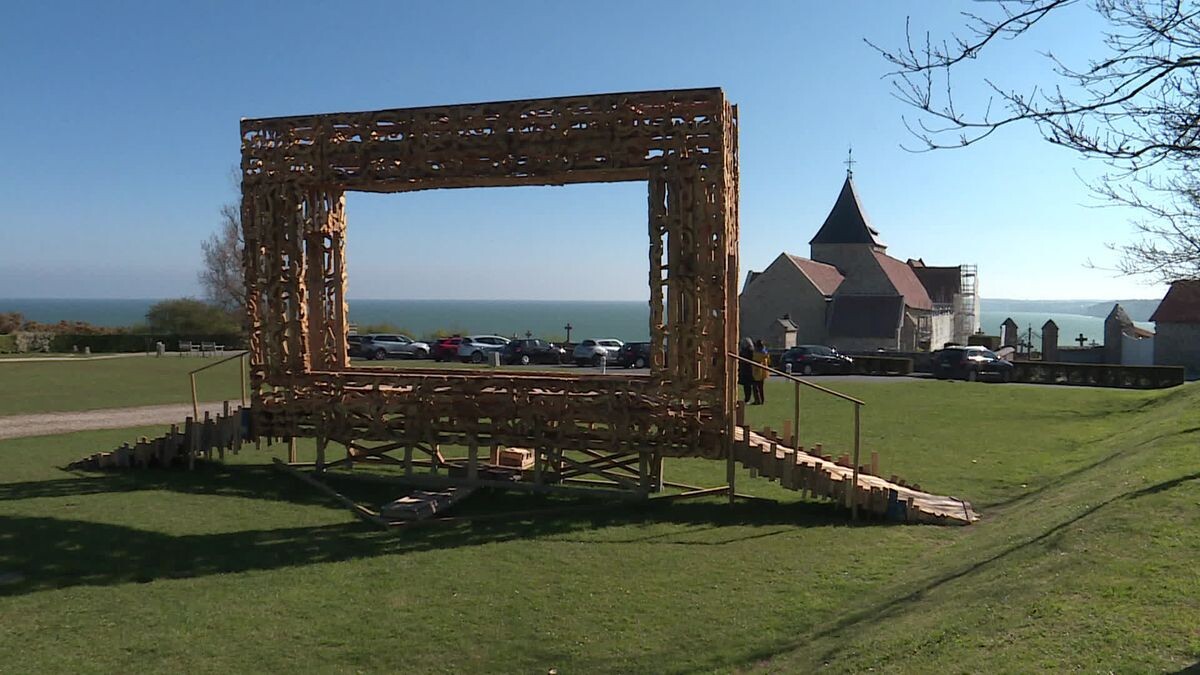 The initiators of the artistic movement called “land art”, born in the American West at the end of the 1960s, intended to draw their inspiration from nature and make there creations, often gigantic, with materials provided by nature itself. .

It is in this spirit that the land art festival “Grandeur nature” (1) of Varengeville-sur-Mer (Seine-Maritime), is working to ” create a dialogue between his works and the landscapes “. For the first edition, organized as part of the “Impressionist Normandy” program, the jury selected four of the 75 applications received after the call for projects. The choice was made taking into account the logistical feasibility of the works, their link with nature, their ability to integrate into the landscapes of Varengeville.

“In unison with nature”

Sylvie Cazin, commissioner of the festival, also had in mind that Georges Braque proclaims his concern forever ” to be in unison with nature »In the marine cemetery of Varengeville where he rests. It is also near this cemetery that a frame of six meters by four has been installed, made of recovered pallet wood and meticulously sculpted by Eric Fourier: the gaze is thus directed towards the church suspended above the cliff. The visitor is invited to climb the staircase at each end of this installation – called “Limits indefinite” – to find himself in the frame and be photographed in this exceptional landscape. ” Eric Fourier is a follower of Arte povera. He is a plastic surgeon very concerned with recycling », Specifies Sylvie Cazin.

He is not the only one. Sylvain Ristori, a graduate of the Boule school, used the planks of an old fishing boat to create a huge wooden sphere made of solids and voids. This “Impressionist Star” was installed in the descent of Petit-Ailly, where Charolais cows graze. In another pasture, along the road to Longueil, it is still recycling – that of the branches of the pruned lime trees in front of the Varengeville multipurpose hall – which has enabled the erection of a sculpture in the shape of a large sun. It is signed Thierry Teneul.

At the foot of an apple tree …

It is also thanks to the recycling of leaves, dried flowers, branches, fibers, cuttlefish eggs, mosses, pebbles, etc. collected in Varengeville that the visual artist Michèle Trotta has adorned the vast mineral and vegetal “checkerboard” that she created at the foot of an apple tree, on the grounds of the Grande Louette, next to the town hall. These materials have been associated according to their colors, shapes and textures. A few squares have been left bare. The inhabitants are invited to dress them with the natural materials of their choice. In Varengeville, land art is meant to be participatory.