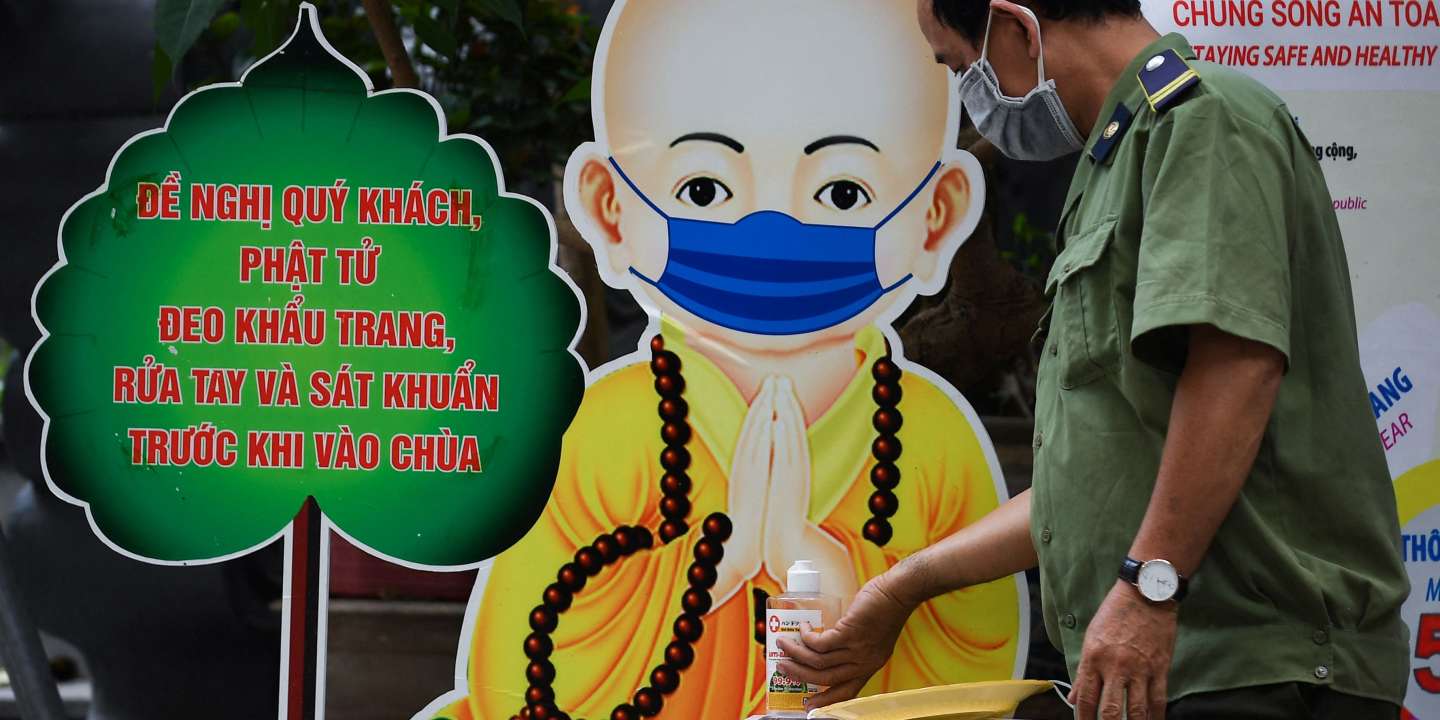 Between the race for vaccines and fear of the emergence of new variants of SARS-CoV-2, the Covid-19 pandemic continues to kill thousands of people every day around the world. Since the end of 2019, more than 3.5 million people have died from complications related to this disease, according to an assessment carried out by Agence France-Presse based on official data – and considered to be undervalued.

Vietnam announced on Saturday May 29 that it had detected a new variant of the Covid-19 virus on its territory, described as a combination of the Indian and British variants by the authorities. The country is facing a new wave of contaminations in more than half of its territory, including industrial zones and major cities, including Hanoi and Ho Chi Minh City.

“The main characteristic of this virus is that it spreads quickly through the air. The concentration of virus in the throat and saliva increases rapidly, and it spreads very quickly in the surrounding environment ”Health Minister Nguyen Thanh Long said at a national meeting on the pandemic.

He did not specify the number of cases attributable to this new variant, the characteristics of which will soon be published, as he said, with a view to being added to the map of variants in the world.

Vietnam had until recently been affected by the virus very little. The majority of the 6,700 reported cases and 47 deaths have thus been recorded since April 2021. A little over one million people have been vaccinated, out of a total of 97 million inhabitants.

Several investigations have been launched in Germany against structures offering rapid Covid-19 tests, and which are suspected of inflating the number of screenings carried out to obtain unjustified reimbursements from the State.

The Bochum public prosecutor’s office (north-west) on Friday raided several premises and private homes linked to a company that offers this type of antigenic test, according to a spokesperson, quoted by the daily Southgerman newspaper. The public prosecutor’s office in Lübeck (north) has also opened an investigation into ” fraud “ in the “Realization and invoicing of rapid tests”, according to the weekly WirtschaftsWoche. Finally, on Friday, the Cologne health authority carried out an unannounced check in one of these centers.

These tests have been free for residents for several weeks, under federal regulations aimed at increasing screening. The latter also provides for a reimbursement of up to 18 euros per test, but several German media have pointed out in recent days the absence of checks or the impossibility of carrying them out. The centers must not provide the names of the people tested or any other document whatsoever (such as invoices for the purchase of utensils), according to a joint investigation NDR and WDR public televisions, with the daily Southgerman newspaper, which started the case.

In order to detect possible irregularities, the journalists counted the people who came to be tested in several places and compared the result obtained with the figures transmitted to the authorities. The result: for a hundred screenings carried out, one center declared 422; elsewhere, instead of 550, the company said it had made 1,743 in a day.

Since the opening of free tests to the entire population, such easy-to-open screening points have multiplied in Germany: in North Rhine-Westphalia, the most populous Land in the country, the Ministry of Health has identified more of eight thousand.

A district of the city of Guangzhou, in southern China, was confined on Saturday after twenty cases of Covid-19 were reported there in a week. The appearance of the cases in this metropolis of some 15 million inhabitants is linked, according to local health officials, to a 75-year-old woman who contracted the variant which appeared in India.

A notice from the Guangzhou Municipal Health Bureau released on Saturday identified five streets in the Liwan District, in the city center, as being “High risk areas”, and consequently ordered the residents concerned to remain confined until the screening tests, carried out door-to-door, are completed.

Markets, schools and entertainment venues in this area have been closed. Local authorities have also started a massive population screening campaign, which had included up to 700,000 people on Wednesday.

A wave of Covid-19 is sweeping through Thai prisons, casting a harsh light on prison overcrowding in the kingdom, where some inmates have less space to sleep than in a coffin.

As of Saturday, more than 25,000 prisoners had tested positive. The detainees were instructed to keep their masks on at all times, even at night, when they sometimes sleep close together.

In an attempt to curb the spread of the virus, authorities are granting early releases to prisoners suffering from health problems, just as they have announced that more tests will be carried out. These measures come late, with former detainees claiming not to have been informed of the danger of the epidemic when they were behind bars.

According to the International Federation for Human Rights, the prison population in Thailand stands at around 311,000, more than two and a half times the official capacity of the system. The overpopulation is due to a very severe law against drug trafficking. Almost four out of five inmates are imprisoned for this reason, and one can end up sentenced to ten years in prison for a few methamphetamine pills.

In many cells, prisoners are forced to live crowded together, and sleep on top of each other. In recent weeks, the tests have concerned 36,000 of them, and a vaccination campaign is underway vis-à-vis all prisoners as well as prison staff. A royal pardon is currently under consideration, which would apply to the most fragile prisoners: after being placed in quarantine, the latter would be allowed to return home.