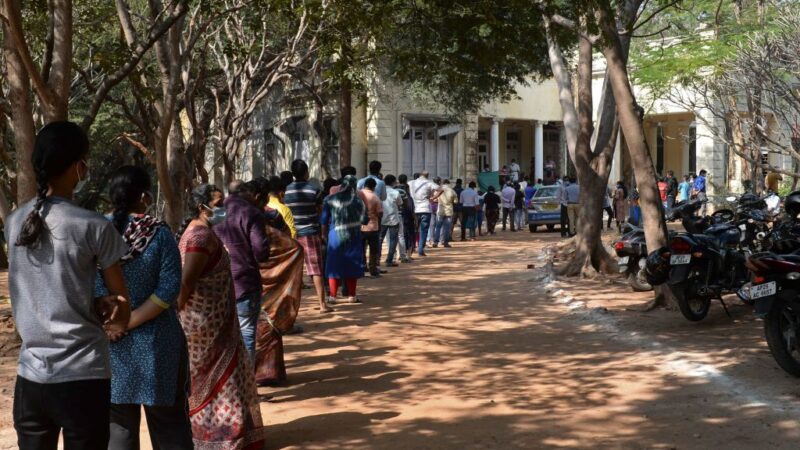 [New Tang Dynasty Beijing time on January 23, 2022]IndiaData released by the government today (23rd) showed that in the past 24 hoursCCP virus(COVID-19) The number of new infections was 333,533, although slightly lower than the 337,704 the day before, but it was the fourth consecutive day that more than 300,000 new cases were diagnosed in a single day.

According to government data,IndiaIn the past 24 hours, 525 people have been reported to have died from the disease, and on the 22nd, 488 people have died.

India’s federal government said it had tested 1.87 million people in the past 24 hours and plans to continue expanding the scale of testing across the country.

India’s Ministry of Health said the country’sCCP virusThe total death toll came to 489,409. The government said in a statement that the current recovery rate for those infected is 93.18%.

to containOmicronThe wave of confirmed diagnoses caused by the mutant strain has been restricted by various levels of epidemic prevention measures across India since the beginning of this year; the capital Delhi government also decided on the 21st to continue to implement a weekend curfew.

Suspension of maritime navigation in the Bosphorus Strait