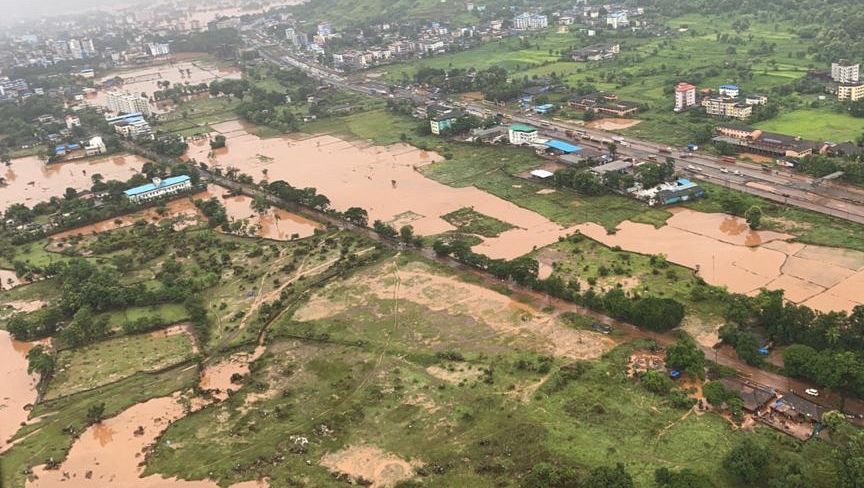 The death toll from landslides and floods after monsoon rains in In the event that has risen to at least 115. The rescue workers had recovered 112 dead in operations in the state of Maharashtra alone, the provincial government said on Saturday.

According to the authorities, at least three people died in the state of Karnataka. In total, almost 150,000 people had to leave their homes as a precaution.

Most of the fatalities were in the Raigad district around 130 kilometers south of Mumbai, the state capital. The persistent heavy rain had caused the Savitri River to overflow its banks. Most of the city of Mahad was flooded and all access roads were blocked. Residents escaped to higher floors and on the roofs of houses to escape the water.

On Friday, it was not possible for civil protection to land in the affected area with rescue helicopters. It was only when the water levels sank again on Saturday that the rescuing of the residents could begin.

In the region around the city of Chiplun around 250 kilometers south of Mumbai, villages were also inaccessible. The Vashishti River overflowed there. The authorities recorded water levels of up to six meters there.

Houses collapsed in Mumbai, and there were dead and missing. Last weekend, at least 34 people had died in the financial metropolis from landslides caused by rain. In the coastal metropolis of Goa south of Mumbai, there was great damage, but no fatalities, according to government information.

During the monsoon season, which lasts from June to September, buildings collapse again and again in India. Often old and dilapidated houses are affected. According to a report by the Potsdam Institute for Climate Research, climate change is causing even heavier monsoon rains in India.