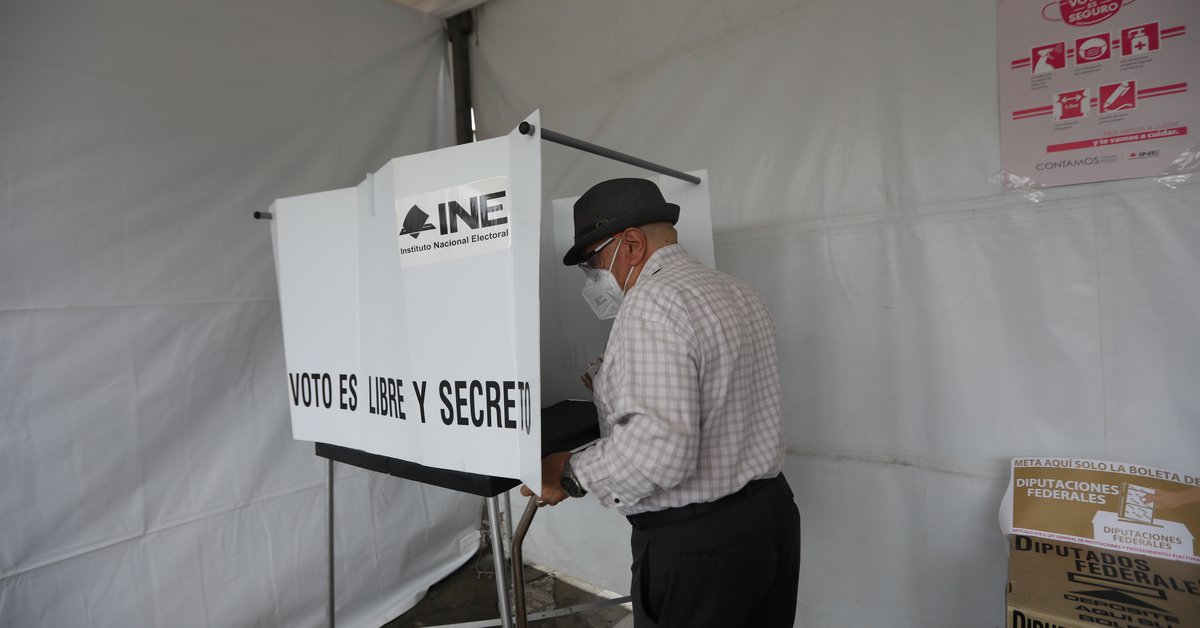 The National Electoral Institute (INE) began with preparations to carry out the Popular Consultation on the first of August. Through a video posted on his Twitter account, Lorenzo Córdova Vianello, president of the organization, explained that more than 287,000 citizens will participate as officials of the tables that will be installed throughout the country.

Said personnel will be chosen from among those who were in charge of the polling place in the elections of June 6. On the other hand, he pointed out that in the coming weeks, 9,630 instructors from the INE will travel throughout the country recruiting people who will be involved in the organization and operation of the democratic exercise.

Meanwhile, they will install 57,000 voting tables in the Popular Consultation 2021. In addition, an average of almost 200 receiving venues will be established in each of the 300 districts, each with 2,000 ballots, a president, a secretary, a teller, and two general alternates.

57,000 voting tables will be installed in the Popular Consultation 2021 (Photo: EFE / Sáshenka Gutiérrez)

“The INE has begun fieldwork this weekend to locate, invite and train those who will serve as civil servants and officials of the polling stations where citizens can express their opinion in the Popular Consultation that will be held the next first. of August, it involves more than 287,000 people that will be chosen from those who generously agreed to participate as poll workers in the elections of June 6.

In the next weeks, 9,630 instructors from the INE will travel throughout the country recruiting citizens from that army that will make this important exercise in participatory democracy possible. We will install 57,000 voting tables in the Popular Consultation, which makes it an unprecedented democratic exercise in which, as always happens, the INE will guarantee full conditions of legality, equity, certainty and transparency, “he said.

The INE accused that the three federal powers denied the Institute the necessary resources to carry it out (Photo: Reuters / Toya Sarno Jordan)

Córdova Vianello accused that the three powers that promoted and convened the execution of the Citizen Consultation denied the Institute the necessary resources to carry it out; however, he assured that the conditions are in place to organize the “most professional and comprehensive” exercise in the history of the country.

“Despite the fact that the three powers of the Union, promoters and convenors of the Popular Consultation, denied the INE the resources to carry it out, the Institute is in a position to organize the most professional and comprehensive exercise of Citizen Consultation ever carried out in our history. In fact, it is the first time that a Popular Consultation, incorporated into our constitution in the Political Reform of 2012, will be held at the federal level with the standards of technical quality and professionalism that the INE prints in all the processes it organizes “

In addition to this, he pointed out that Through the portal https://ine.mx/consultapopular/ you can access all the information related to the Popular Consultation 2021.

The campaign to promote the consultation will be held from July 15 to August 1, so that citizens participate and join in the observation of the process (Photo: Pedro Pardo / AFP)

In the democratic exercise it will be asked: “¿Do you agree that actions are carried out in accordance with the legal framework to clarify the political decisions made in the past by political actors and guarantee justice and rights for potential victims?”, To which Mexicans should respond with a Yes O no.

The campaign for promote it will take place from July 15 to August 1, so that citizens participate and join in the observation of the process. During this period, those interested may register through the electronic portal and in person at the headquarters of the Local and District Executive Boards of the Institute.