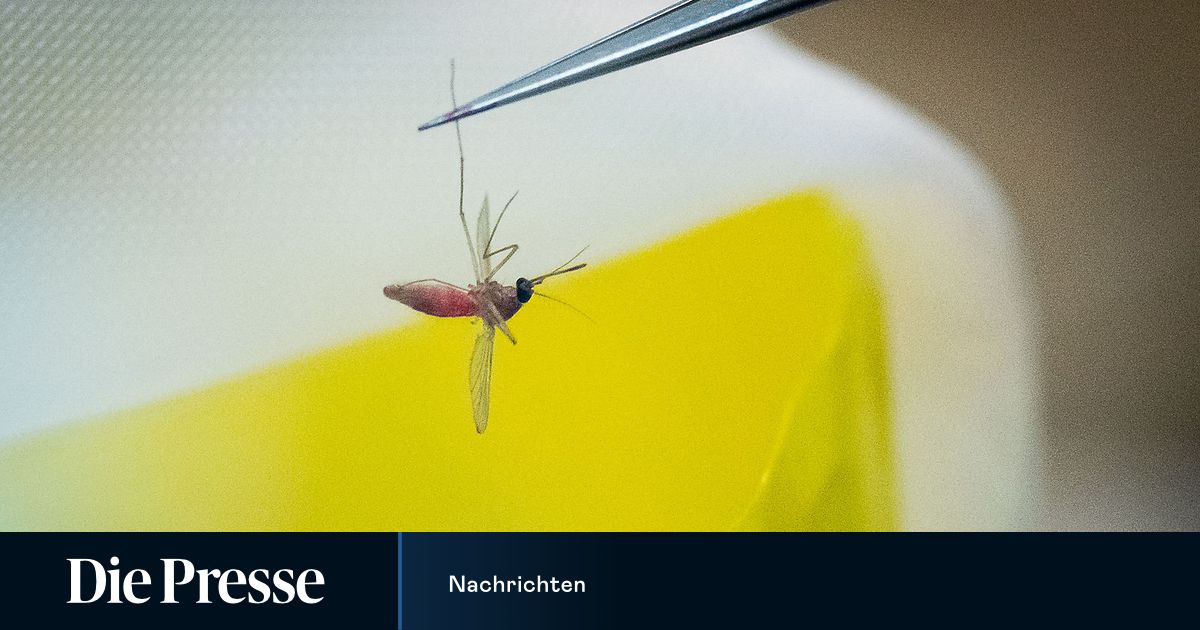 Zika and dengue viruses supply infected people with attractants, which is particularly popular with female mosquitoes. That’s according to a recent study.

Summer is when it smells like repellent. At least for those who are particularly popular with the stinging conspecifics. Those with “sweet blood” or particularly high sexual attraction, that’s what it said once, around 2002, in an issue of the magazine “Neue Post”. Now, as a victim of mosquitoes, you can be content with that or look for scientifically based explanations.

The annoying little creatures are attracted on the one hand by exhaled carbon dioxide and on the other hand by substances that can form when sweat decomposes on human skin. But certain viruses can also play a role. A Chinese research team recently found that dengue- and Zika-infected mice and humans emit an odor that attracts female mosquitoes, the ones that bite. The assumption was checked by obtaining odor samples from those affected, which in turn were then applied to the skin of humans and mice.

From human to mosquito to human

A substance called acetophenone, which was found in an unexpectedly high concentration in infected people, is responsible for the attraction. As a rule, i.e. in healthy individuals, an antimicrobial protein called RELMα ensures that bacteria that produce acetophenone do not multiply excessively. “Infection with flaviviruses suppresses the expression of RELMα,” the research team writes. This leads to an increased acetophenone level, which in turn attracts more mosquitoes. The researchers describe this as “a sophisticated interaction between the skin microbiota of the hosts, the flaviviruses and the mosquitoes”.

Because both healthy and infected mosquitoes are attracted to the scent in equal measure. Once it has nibbled on the blood of the infected, every mosquito itself is a carrier of the flaviviruses – which also include dengue and zika viruses – and can therefore spread them further. The viruses even depend on it.

Depending on the mosquito species

Almost half of the world’s population lives in areas where dengue fever can occur. An infection can be asymptomatic, if it breaks out it resembles a severe flu. In addition to fever and skin rash, bleeding can also occur, which often results in life-threatening courses. According to the US National Institutes of Health, more than 50 million people are infected every year, and around 20,000 die. The Zika virus usually has a milder course, but it can primarily endanger pregnant women and their unborn babies.

The main carriers are Egyptian tiger mosquitoes, also known as yellow fever or dengue mosquitoes. The research team from Beijing also concentrated on those. It is unclear whether the common mosquito, which is prevalent in Europe, is also attracted to the odorant acetophenone, but it cannot be ruled out. In the meantime, however, tropical mosquitoes also feel at home in European regions. This is mainly due to climate change, which is bringing with it ever higher average temperatures.

How to counteract the sophisticated mechanism of viruses, skin microbiota and mosquitoes was also part of the study. The research team then came across a compound known as an acne medication: isotretinoin. This should increase the production of the antimicrobial RELMα in the skin and thus reduce the acetophenone level. So far, this has only been observed in mice. Infected mice that were fed with the drug were not bitten more often than healthy conspecifics.

The research team hopes that this will give them a chance to contain the flaviviruses by having fewer mosquitoes act as carriers. Tests with humans are to be carried out soon. However, the strong side effects of the drug could pose a problem.

Another possibility could be the genetic manipulation of the mosquitoes. To this end, the researchers want to identify the specific olfactory receptors for acetophenone in mosquitoes and then try to remove the corresponding genes. The altered genome should mean that the mosquitoes can no longer perceive the attractant.

Is Alex Valera leaving? The truth about the future of the essential scorer that the cream team has | League 1 | Pass Market | RMMD DTCC | League 1 | Peruvian team | Central Rosary | SPORT-TOTAL

USA: a prisoner in Texas asked that his execution be delayed so he could donate a kidney