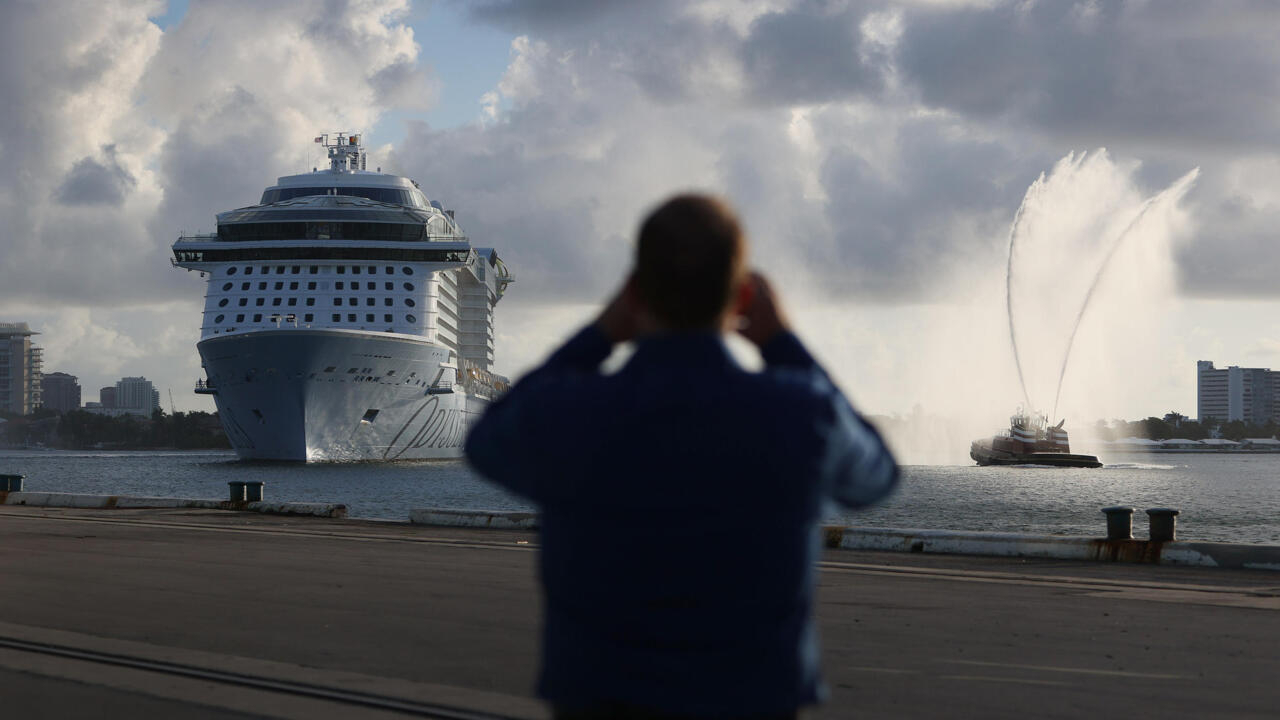 The cruise giants, ready to take to the sea in America, are already sailing in troubled waters faced with the ban by some local authorities to require proof of vaccination, and the appearance of cases of Covid-19 during one of the first trips.

Two individuals tested positive for Covid-19 Thursday aboard the Celebrity Millennium, one of the first cruise ships to sail since the start of the pandemic, despite a crew and passengers being vaccinated.

The situation is particularly crystallized in Florida, the cruise capital of the world.

For now, the main US public health agency, the CDC, requires that 95% of passengers and crew on a cruise be vaccinated in order to operate.

But Florida Republican Governor Ron DeSantis is against it.

He ratified a law last month banning businesses and businesses in the tourist-bustling state from issuing “vaccine passports” for their customers and employees alike – with fines that could amount to $ 5,000 per passenger. cruise.

The measure is due to come into force on July 1, just when cruise lines hope to resume operations from the United States, after more than a year of hiatus.

Critics of the governor see it as a political decision, aimed at attracting the praise of supporters of former President Donald Trump – many of them reluctant to a compulsory vaccination, deemed to kill freedom.

Yet cruise lines weigh heavily in Florida’s economy, generating $ 9 billion in revenue and 160,000 jobs each year, according to the Cruise Lines International Association (CLIA). And risk leaving in search of new home ports.

Since the interruption of these sea voyages in March 2020, Florida’s shortfall is estimated at $ 5.6 billion.

The two parties each have “a lot to lose”, judge Doug Parker of the Cruise Radio site.

With the three industry giants all based in Miami, the coming months promise to deliver their dose of confusion – or conflict.

Carnival Cruise Line will demand vaccinations for people boarding its ships departing from Texas – another Republican state that quickly abandoned its anti-Covid measures – but has yet to make public its requirements for a cruise whose departure from Miami is scheduled for July 4.

On Monday, Norwegian Cruise Line – which had threatened to abandon Florida as its home port – challenged the state governor by announcing that it would ask for proof of vaccination on all its cruises.

“We are currently in communication with the (governor’s) team and lawyers, to make sure that we can offer the safest cruises possible for passengers departing from the cruise capital of the world,” announced his CEO, Frank Del Rio.

The third heavyweight in the sector, Royal Carribean, confronted Thursday with cases of Covid-19, had meanwhile back-pedaled, announcing somewhat vague instructions: after having initially declared that proof of vaccination would be necessary for their cruises, the group said last week that passengers and crew were only “strongly encouraged” to get vaccinated, and that anyone who did not, would be exposed to “other protocols.”

These different rules are confusing, even though passengers are, according to surveys, mostly in favor of proof of vaccination, according to AFP maritime lawyer Jim Walker.

Author of the Cruise Law News blog, he also fears that cruises carrying unvaccinated people will stop at Caribbean ports where access to the vaccine is much more restricted.

But “very few cruise lines seem to express concern on the issue,” says the lawyer.

And cruise enthusiasts “don’t seem very worried about infecting people in the Bahamas or the Caribbean,” he laments.