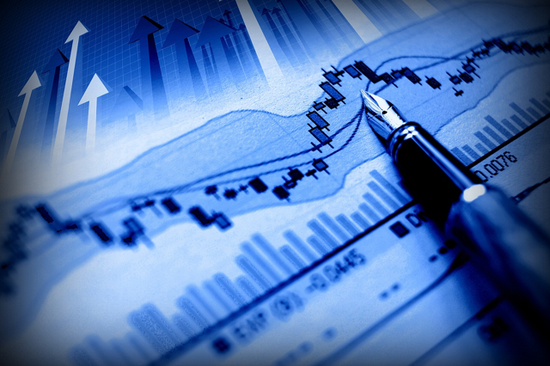 Original title: Inflation clouds are overwhelming and hard to shake the Fed’s position.

On June 7, US local time, the Fed’s overnight reverse repurchase usage reached a new high, which aroused market concerns about liquidity. Since the minutes of the Fed’s April meeting had stated that it would consider adjusting monetary policy at the necessary time, does the record-breaking use of reverse repurchase overnight indicate that the Fed’s words and deeds are “inconsistent”? In this regard, many analysts said in an interview with a reporter from the 21st Century Business Herald that the Fed’s move seems to be contradictory, but it is in fact logical. Because the record use of reverse repurchase is a precursor to the Fed’s reduction of bond purchases, it shows that the supply of funds in the market exceeds demand and the Fed’s ultra-loose monetary policy has failed.

The Fed’s balance sheet reduction and inflation risk are two major issues that investors are more concerned about. However, analysts believe that the Federal Reserve will not adjust monetary policy in the short term, and US stocks may set new highs.

The Fed’s actions are not contradictory

On June 7, local time, the Fed’s overnight reverse repurchase tool attracted a total of 46 participants with a total of $486.97 billion in funds. According to data released by the Federal Reserve Bank of New York, the size of this funding exceeded the previous record high of US$485.3 billion on May 27, and was also higher than the US$483.3 billion last Friday, a record high.

This move by the Fed has attracted market attention, because both the minutes of the Fed’s April meeting and the remarks of some Fed officials recently revealed that the Fed may adjust its monetary policy.

Patrick Harker, chairman of the Philadelphia Federal Reserve Bank, believes that the Fed should at least consider reducing the size of its monthly asset purchases by $120 billion. “As far as the Federal Reserve is concerned, we plan to keep the federal funds rate low for a long time, but it may be time to consider reducing the monthly purchase of $120 billion in Treasury bonds and mortgage-backed securities.”

Fed Vice Chairman Randal Quarles said that if the US economy continues to maintain a strong recovery, the Fed should start discussing reducing the scale of asset purchases at meetings in the coming months.

Cleveland Federal Reserve Chairman Loretta Mester said on the 4th of this month, “As the U.S. economy continues to improve, we are closer to our goal. We will discuss overall policy stances, including asset purchase plans and interest rates.”

However, the deputy director of the CITIC Securities Research Institute clearly told reporters of the 21st Century Business Herald that this phenomenon seems to be different from the previous statement of the Fed, but it is not contradictory.

In an interview with a reporter from 21st Century Business Herald, senior financial expert Li Huihui said that it is expected that the repurchase volume will reach a new high in the next few weeks, which also has a certain predictive effect on the Fed’s shrinking time window.

Li Huihui believes that, as a monetary policy cycle adjustment tool, overnight reverse repurchase is generally used at the end of the quarter. One is to recover market liquidity, and the other is to guide the lower limit of the Federal Reserve interest rate. “Several officials in the minutes of the April meeting have revealed hints that they will discuss QE reduction in the next few months, so the increase in reverse repurchase volume is also in line with it.”

He clearly emphasized that the ever-growing and record-high use of overnight reverse repurchase reflects the current excess liquidity in the US money market under the unlimited QE policy. The Fed needs to continue to recover liquidity through reverse repurchase to maintain the lower limit of the zero interest rate range.

Recently, the key factor that has triggered heated discussions on the Fed’s position in the market is the rising inflation expectations in the United States. This Thursday, the United States will announce the May CPI. The market predicts that the index will continue to “explode” and increase year-on-year or reach 4.7%. The U.S. CPI index in April increased by 4.2% year-on-year, the fastest increase since 2008.

Li Huihui predicts that the CPI data of the United States in May will reach a new level, and the increase is expected to reach 4.5%, which is higher than the 4.2% in April. The core inflation rate PCE may achieve 3.2% growth. “U.S. inflation is expected to rise in the short term, but it will gradually slow down.”

Obviously believes that US inflation will continue to increase, but it will not last long. “Because of Biden’s strong fiscal stimulus, U.S. demand will still be strong, and the supply side will still take time to repair, so inflation expectations are expected to remain high in the short term. However, as the vaccination rate increases and the epidemic improves, the supply side will With a gradual recovery, inflation expectations will rise and fall as the supply returns to normal.”

Although the US economy faces the risk of inflation, in addition, many analysts believe that the Fed will continue to regard inflation as a temporary phenomenon. Therefore, the Fed may announce that it will keep its easing policy unchanged after the interest rate meeting next week.

Ed Keon, QMA’s chief investment strategist, predicts that the Fed’s actions next week will not cause major volatility in the market.

Mingming pointed out to reporters that full employment and price stability are important goals of the Fed’s attention, and the current level of job market recovery is still far from the goal. Therefore, even in the face of inflationary pressures, the Fed will not change its policy in a short period of time.

In addition, US Treasury Secretary Yellen believes that even if the Fed raises interest rates, it may not be a bad thing for the US economy.

Yellen stated on June 6 that the US$4 trillion budget expenditure proposal proposed by US President Biden will benefit the development of the US economy, even if it will lead to a rise in interest rates.

Yellen also said that the total annual expenditure of about 400 billion US dollars is not enough to cause excessive inflation in the United States.

Yellen emphasized, “For ten years, we have been struggling with too low inflation and too low interest rates. If a package plan can help alleviate the problem, it is not a bad thing, but a good thing.”

So when will the Fed adjust its monetary policy? It is clearly expected that the Fed’s signal to reduce debt purchases may be issued in the third quarter of this year. The specific timing will also depend on employment and inflation data, and the start of the reduction will be early next year.

Inflation and the Fed’s reduction of debt purchase plans are currently the two major concerns in the market. However, many analysts expect that even so, the US stock market will still hit a series of new highs this summer, on the grounds that the Fed will not adjust monetary policy in the short term, and strong corporate earnings and economic recovery are expected to become a catalyst for the stock market.

Adam Parker, founder of Trivariate Research, believes that the accelerated recovery of the economy, strong earnings growth, the Fed’s easing policies and government incentives have made him confident in the US stock market.

Ed Keon pointed out that the current substantial profits will continue to provide impetus to the market. He expects revenue growth to reach 40% this year. High yields must be accompanied by bull markets and low interest rates. “If interest rates are low, yields will be high. In the next year, the stock market may still strengthen and the price-to-earnings ratio may fall.”

Li Huihui is cautiously optimistic about the performance of U.S. stocks in the second half of the year. “U.S. stocks will shift from growth stocks to value and cycle. In the last economic cycle, the main growth company category was growth stocks. The high inflation expectations and rise in this economic cycle The yield of Treasury bonds is beneficial to value and cycle companies, especially companies with high financial leverage and high sensitivity to earnings and GDP. We mainly prefer banking, automobiles, resources, and infrastructure sectors.”

Ed Keon added, “Significant earnings growth, a strong economy, and low interest rates are the basis for the formation of a bull market. When the market fell 3%, many people were frightened. But on average, the stock market once or twice a year 10 % Callback, this is a very common thing.”

However, it is clear that the US stocks have limited room for further upside and risks will intensify. “The current upward logic of U.S. stocks has shifted from the previous valuation drive to profit growth. As the economy continues to recover, the Fed will gradually adjust its easing policy. At that time, it will be difficult to sustain a substantial increase in liquidity, and U.S. stocks will mainly rely on earnings. Dynamic valuations are already at a high level, and there is limited room for further increases. On the contrary, the release of the Federal Reserve’s signal to cut debt purchases and the passage of Biden’s tax increase bill may have a certain negative impact on the performance of US stocks.”