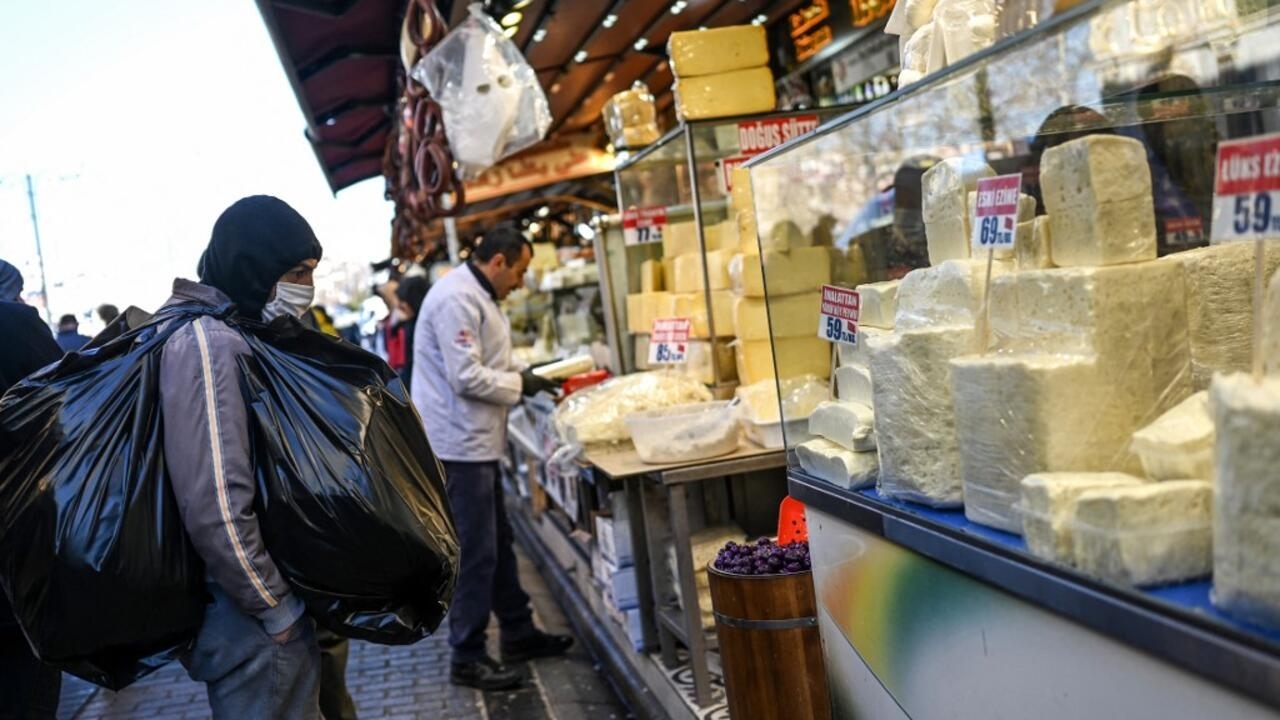 According to official figures released Monday, January 3, the rise in consumer prices reached 36.08% over one year in December, unheard of since 2002, largely due to the fall of the currency, the pound. Millions of Turks are struggling to make ends meet, including food, as food prices have jumped 44%.

With our correspondent in Istanbul, Anne Andlauer

Recep Özkan breeds dairy cows in a village 50 kilometers from central Istanbul. Inflation, for him, is first and foremost the increase in his production costs: fertilizers, fuel, feed for his young calves. The prices of all these products – mostly imported – are rising day by day. So Recep has to make choices: ” I did not buy any fertilizer last month because their price has tripled. And I had to increase the price of my milk. It hurts my heart, because I sell directly to the consumer and I know that we are all struggling to make ends meet. »

In December, the increase in producer prices officially approached 80% over one year. If the situation worsens, Recep is not sure whether to continue raising cows: “ We sit around a table, we do the accounts. The money we spent, the money we earned. We had never suffered such losses. When we reap what we sowed, if we cannot cover our costs, I wonder if we should not stop. »

And the future looks complicated, especially with soaring energy costs. On January 1, electricity tariffs in Turkey, for example, underwent increases ranging from 50% to 130%.

► Read also: Turkey: the collapse of the pound leads to a shortage of drugs

Is it possible to defeat the jihadist insurgents in Mozambique?