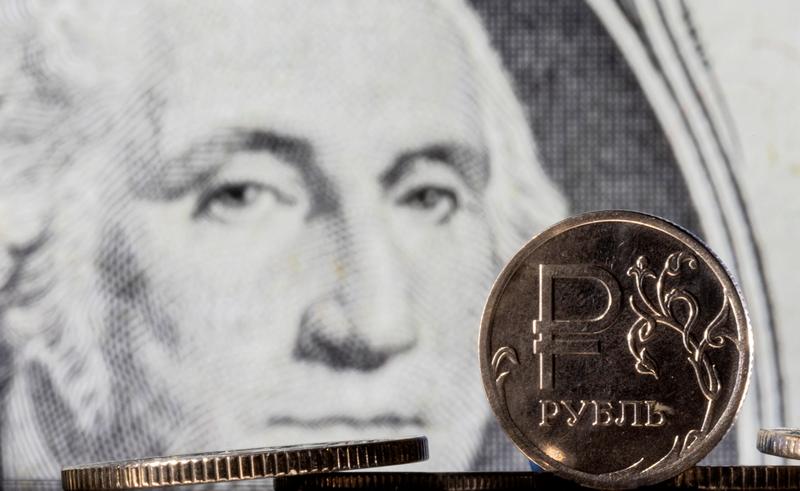 Since Russia’s invasion of Ukraine, it has made payments on seven foreign currency-denominated bonds so far, avoiding defaults. However, if the US government’s special measures expire, the Russian side may run out of measures.

The main questions and answers to this question are as follows.

The US Treasury Department’s Foreign Assets Management Office (OFAC) issued a notice on March 2 allowing Americans to make debt-related transactions with the Russian Ministry of Finance, central banks or sovereign wealth funds. This deadline is scheduled to end in 25 days, and it is unlikely that it will be extended day by day. US Treasury Secretary Janet Yellen said he was “not likely to continue,” although he declined to make a final decision.

Proponents of the extension argue that if Russia continues to pay its debt, it can reduce the amount of money it spends on military operations in Ukraine. Almost half of Russia’s $ 640 billion foreign exchange reserves have already been frozen through sanctions, forcing foreign currency revenues to be used to repay creditors.

But by the end of the year, Russia has to pay just under $ 2 billion, said protesters. Russia’s oil and gas sales revenue has reached nearly $ 28 billion in April alone due to soaring energy prices, and it is expected that there will be almost no payment burden.

Both bonds have provisions that allow payments in dollars, euros, pounds and Swiss francs instead of the originally defined currencies, and euro-denominated bonds also include payments in rubles.

However, changes in the payment currency are only permitted if the Russian government is unable to pay the principal and interest in the original currency due to uncontrollable reasons.

Never before has this condition been tested. However, in the opinion of experts about this time, it may be difficult for the Russian side to justify the payment of alternative currency because sanctions have been imposed against the invasion of Ukraine.

Both foreign currency-denominated bonds have a 30-day grace period for interest payments.

Next, on June 23, two foreign currency-denominated bonds are expected to pay a total of $ 235 million.

Finance Minister Siluanov said Russia would pay its external debt in rubles if the U.S. government blocked other options, adding that the Kremlin would never consider this a default because of the repayment funds.

A common requirement for avoiding defaults is to pay in the appropriate currency within a set time limit.

White and Case partner Ian Clark revealed that the situation is very complicated this time, and Russia continues to be a creditor registered with the domestic Russian Federation Securities and Transfer Agency (NSD), which is outside the jurisdiction of the United States. He said that payment might be possible.

“These payments will not be sent to other investors, including Americans,” Clark said, but Russia has fully fulfilled its contractual obligations on foreign currency-denominated bonds, at least for the short term. Isn’t it possible to escape the default? ” I think the details of the contract are important.

Russia can also make payments before the US government’s special measures expire on the 25th.

Russia currently has the necessary funds to repay its debt, but eventually it will find a way to raise it from abroad.

Chris Miller, director of Eurasia in the Green Mantle and author of “Pouchnomics: Rising Russian Power and Money Again,” said that if Russia ceasefires with Ukraine, it will connect with the international economy that was cut off during the war. Assumed to try to rebuild.

He explained that the default of government bonds resonates there, making it difficult for companies not subject to sanctions to access the capital markets and increasing borrowing costs.

According to Miller, after Russia’s forced transfer of Crimea in 2014, the commercial relationship between Russia and the international economy has normalized fairly rapidly, but this time it may look different. “It will take more time,” he said.

Normally, a nation stops debt repayment when foreign exchange reserves are low or zero and there is no way to procure from the market.

However, this is not the case this time. Russia’s defaults were considered unlikely until recently, and before the invasion of Ukraine, the country’s rating was investment grade.

“Russia has posted a huge current account surplus. The real change is that Europe will stop buying Russian oil,” said Wooter Starkenboom, strategist at Northern Trust Asset Management. There is no doubt that it will put a lot of pressure on Russia. “