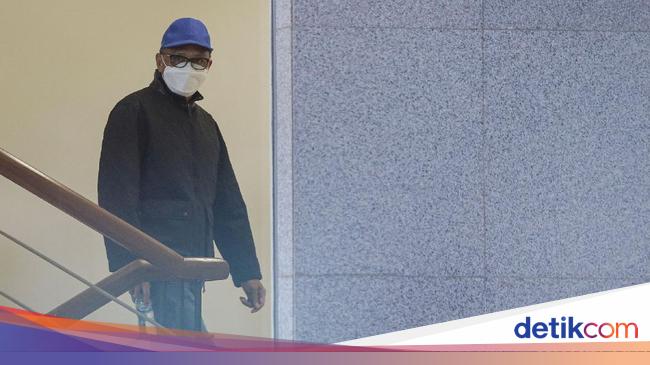 Circulating chain messages containing the narrative of the Governor of South Sulawesi (Sulsel) Nurdin Abdullah |, who was caught by the hand-catching operation (OTT), will return to Makassar. The KPK emphasized that Nurdin Abdullah and five other people were still being questioned.

“We are currently conducting intensive examinations of those who have been caught red-handed. Among them are the regional heads,” said Acting KPK spokesman Ali Fikri when asked for confirmation, Saturday (27/2/2021).

The KPK hopes that all parties wait for the process being carried out by investigators. The KPK emphasized that it would immediately announce the legal status of the six people.

“Within 1×24 hours we will immediately determine the attitude of this hand arrest. We ensure that the KPK works in accordance with applicable legal procedures,” he said.

Previously it was reported that the Governor of South Sulawesi Nurdin Abdullah was caught by the KPK OTT. Currently, Nurdin has arrived in Jakarta for further investigation at the KPK.

“Yes, he has just arrived at Soetta (Soekarno Hatta Airport) and then taken to the KPK building,” Deputy Chairman of the Corruption Eradication Commission Nurul Ghufron told reporters.

Based on the information gathered, Nurdin was secured with a businessman. In addition, there were four of his subordinates who were also secured by the KPK team.

See Also:  The Council of State suspends the hunting of the turtledove