The film takes place in 1999, when three 9th grade students – Sarmīte, Sveta and Katrīna – decided to put an end to their “teenage” lives and become the school’s most popular girls.

The millennium celebrations are approaching – something special must finally happen. Inspired by movies and TV series, the girlfriends decide that the best way to achieve their goal of becoming popular is to come to the graduation with the “best guys” in the class. Unfortunately, absurd plans, which include changing the style of dress, participating in the afternoon and also various spells, do not bring the expected results. The main character of the film, Sarmīte, struggles with the beauty ideals imposed by society and her obsessed mother, writes a play and is fascinated by the history of Ancient Rome. Real events alternate with fantasy scenes, but unexpectedly the most important thing is at stake – friendship of girls.

Reading my old diaries, I came across a wonderful teenage melodramatic text, where I came to the conclusion that I was unlucky in life, because I was simply “born a tit.” The word got in my head, I began to remember my teenage years and decided that I would like to make such a classic “teen comedy” for that time. Plastic, glitter, the first adventures on the Internet and a dose of teenage cruelty. I also wanted to make my debut film about it, ”reveals Marta Elīna Martinsone, the film’s director and screenwriter.

“I was somehow impressed by this” readiness “when reading it all. Truth at the same time as terrible teenage play.

I really like teen comedies. I watch all the American comedies in a row and then I think that I would like to make a teenage comedy myself, ”says the director. “It simply came to our notice then. The time when there was a fear of the “millennium”, the Internet and all these new things appeared. Everything was so interesting and scary. ” 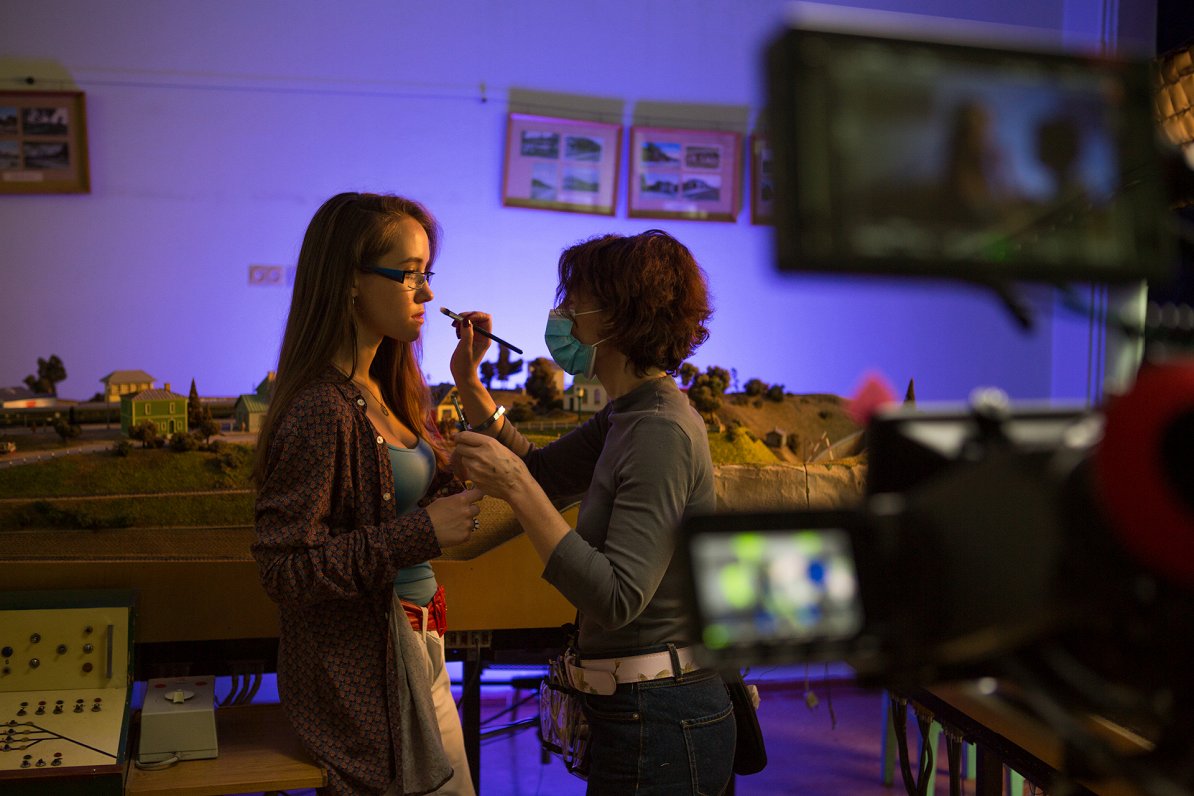 The main role – Sarmīte – in the film is played by Asnāte Sofija Rožkalne, who has so far starred in mass screenings of several films and previously worked in the theater studio “Zīļuks”. After reading the filmmakers’ ad, she realized that she identified herself with one of the main characters: “I am grateful that everyone is so friendly and caring, I think all the right people have met at the right place and time to create something great together. What my life and the film have in common are the friendships that have developed during school. It is very different – at the moment I can’t remember the time when I myself should have faced ridicule or unpleasant behavior due to my appearance, ”reveals Asnāte Sofija Rožkalne. 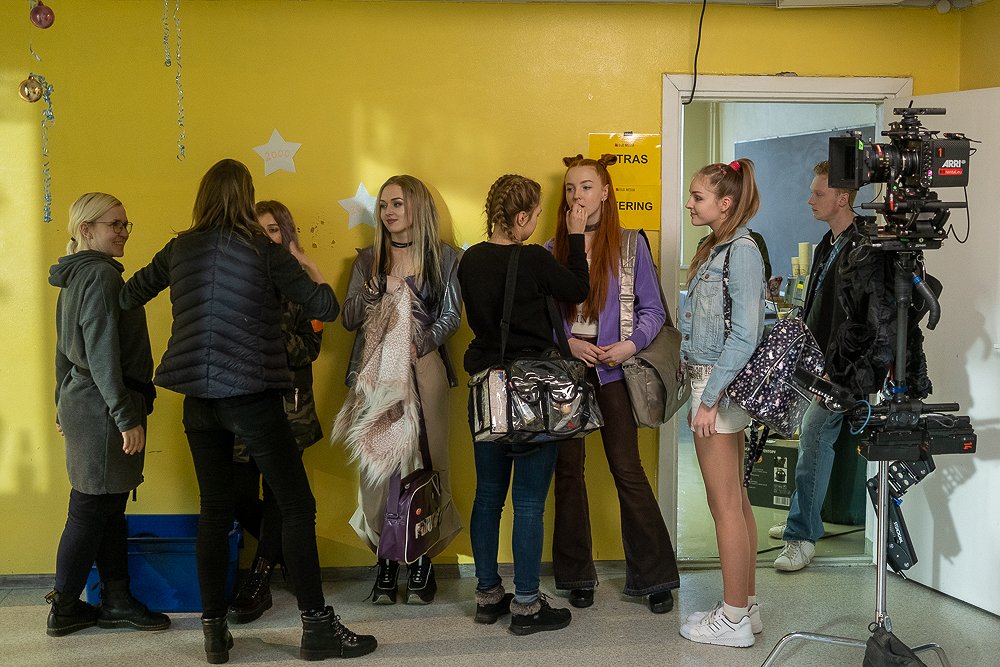 The film will also feature such experienced actors as Guna Zariņa, Imants Strads, Daiga Kažociņa, Ģirts Krūmiņš, Marija Linarte, Mārtiņš Kalita, Inga Siliņa and others. Some Latvian musicians, such as Jānis Krīvēns, will also be able to meet in small roles. In total, more than 80 actors are involved in the filming process, and the role of school principal has been entrusted to director and musician Aigars Graubs.

“It is difficult! The sense of responsibility is overwhelming, I have to learn the text and the text of the dialogue in the film, which is different from my experience, ”says Aigars Grauba about the work on the film.

Now there are phrases I will know for a lifetime – “fish is not a reason to fight!” 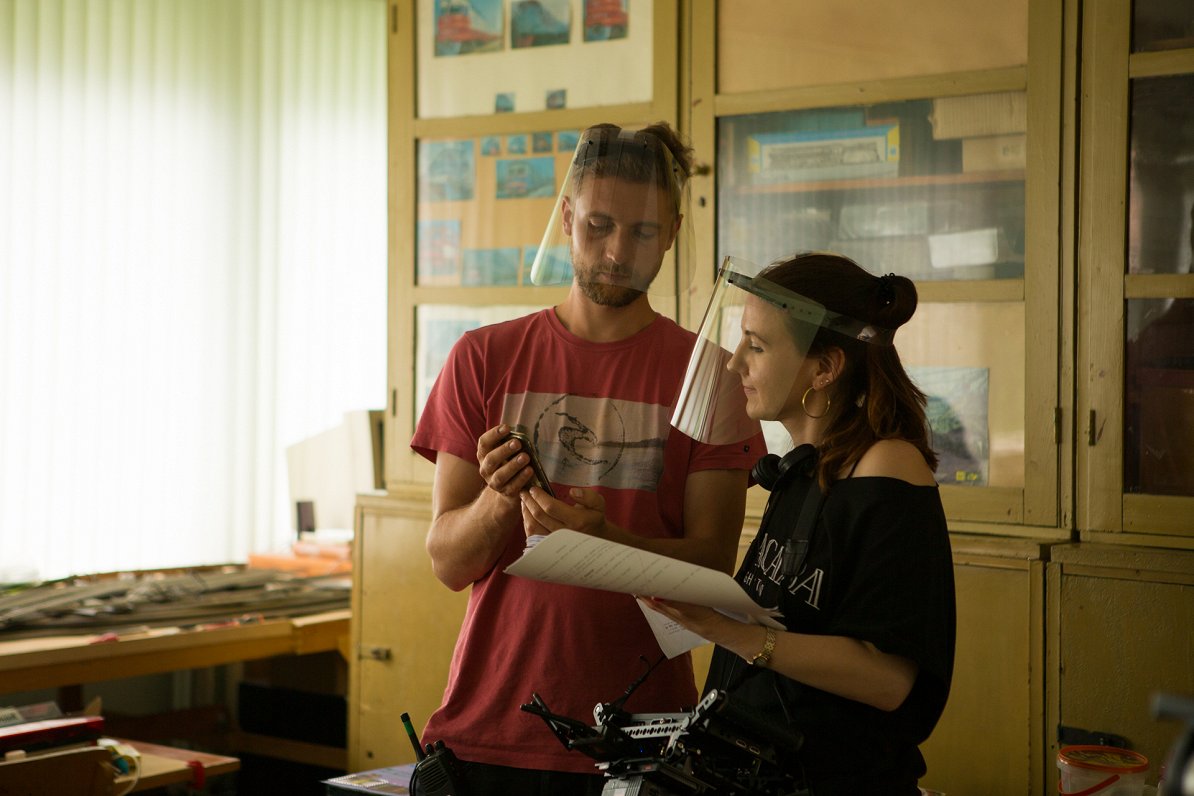 The filmmakers reveal that the biggest competition was for the role of Sarmīte’s cat Floks, which more than a hundred cats competed for in a fierce competition for Jumi – he will also make his debut on the cinema screen.

Filming in the coming weeks will take place in Jūrmala city Lielupe primary school, Piņķi stadium, Torņakalns cemetery, Old Riga, Masonu sauna and elsewhere. Filming is scheduled to end on August 7, but another filming day is scheduled for this fall.

Adolescent comedy is a hitherto unusual genre in Latvian cinema. But, as film producer Guntis Trekteris admits, this is a challenge because the film industry should serve a variety of public interests.

“This film is definitely not just for this audience here – 13+. I think that the film will have another audience – the mothers of these girls.

Young women who have experienced the passions and emotions of these times themselves, ”says Guntis Trekteris. 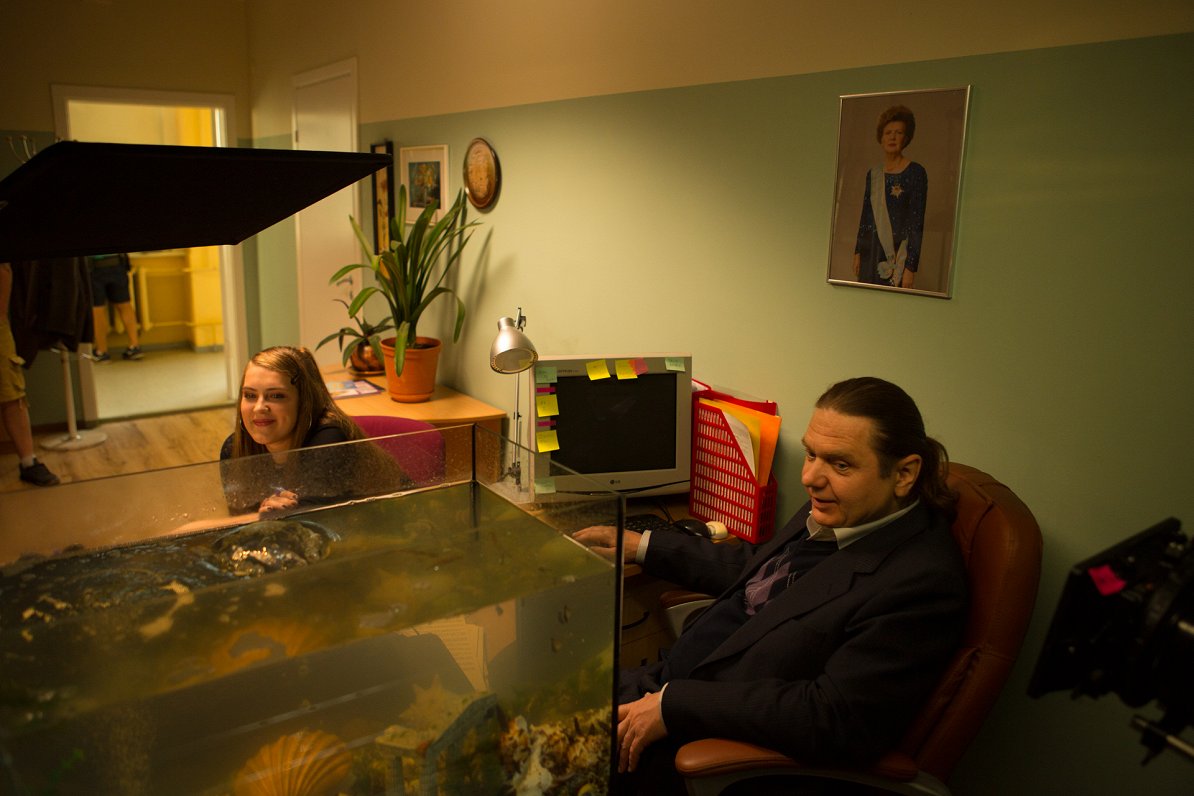 The film has received funding from the National Film Center. The film is made in cooperation with “TET”, distributor “ACME Film”. 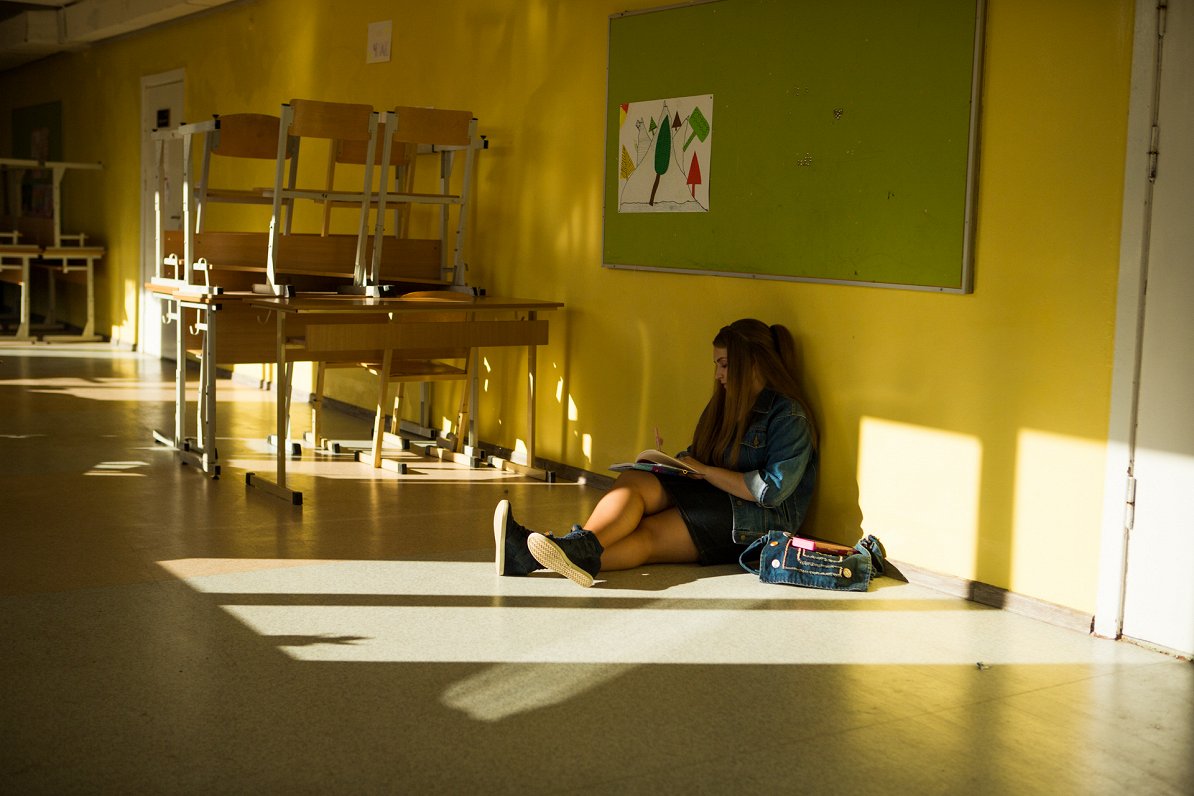 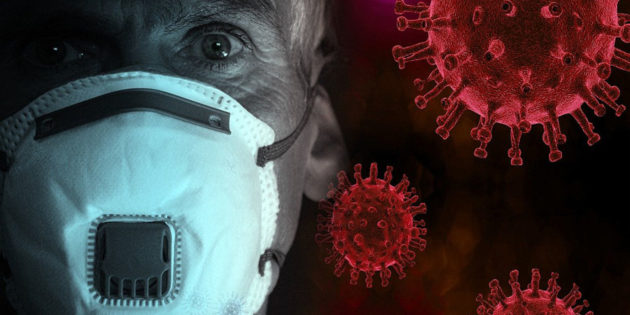 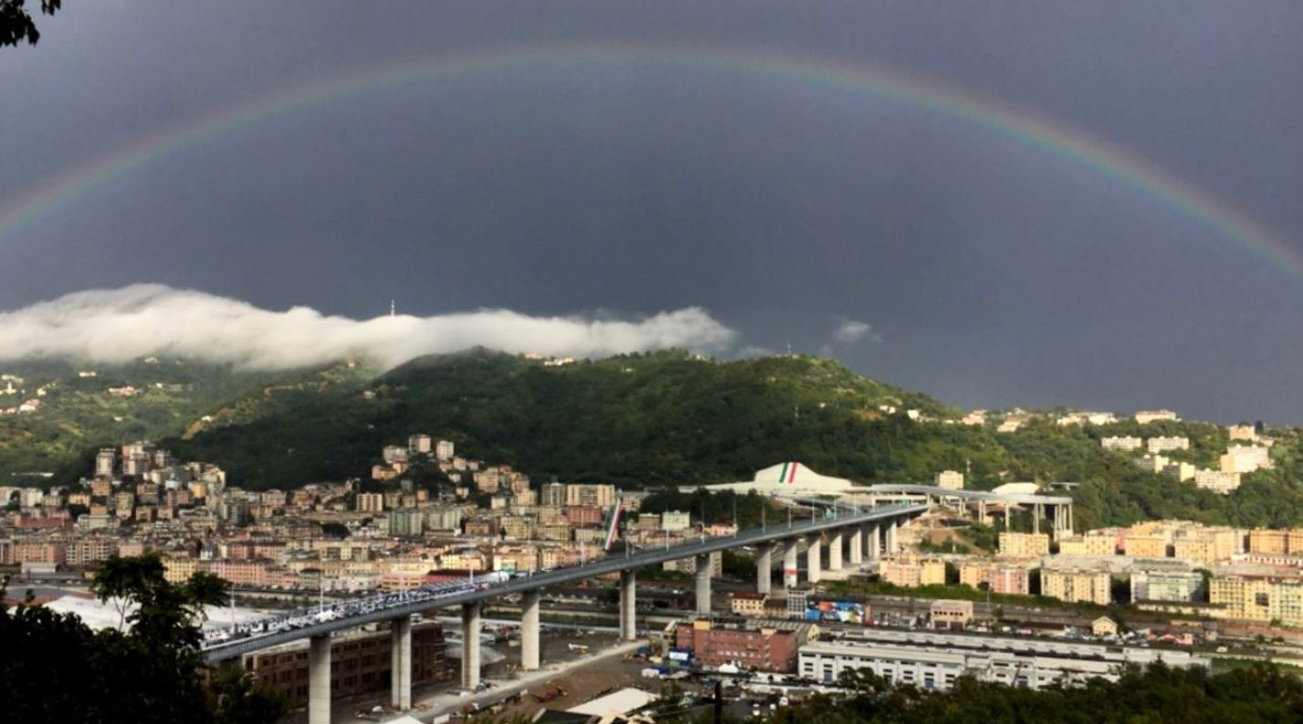