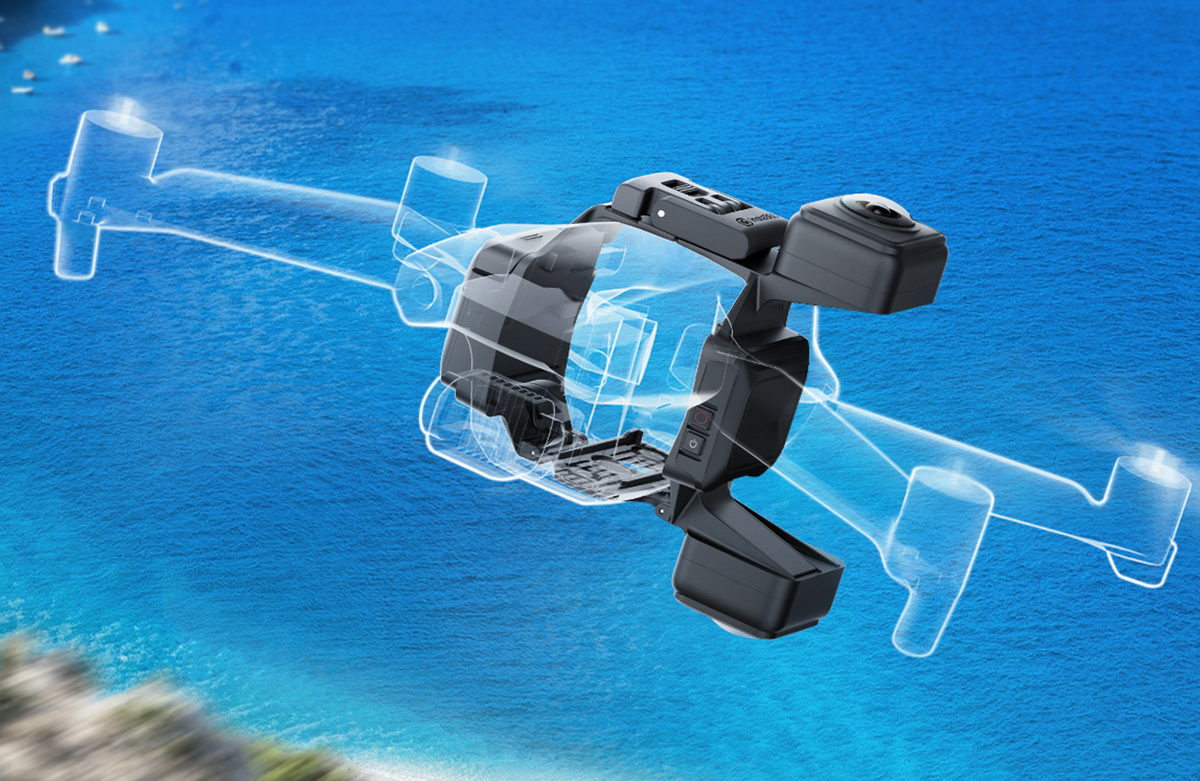 Even if they can fly to the sky, some people are still not satisfied with the shooting field of view of the aerial camera.For these types of creators, Insta360 now brings a drone-focused Sphere Panoramic camera. Specifically, it is actually a complete set of aircraft external panoramic shooting solutions, and currently only supports DJI Mavic Air 2/2S two products. From head to toe, the Sphere is composed of a fixed frame integrated with batteries and recording modules (including memory cards, control keys, etc.) and two upper and lower f/2.0 fisheye lenses equivalent to 35mm. Support one-key locking and quick release. There is also a special protective shell on the outside of the lens to prevent it from being scratched during flight and landing.

That is to say, we have not seen the user-made drones and panoramic camera binding shooting solutions before (Insta360 has also producedthis accessory). But to avoid affecting the GPS, obstacle avoidance components of the aircraft itself, and making the drone “invisible” in the recorded video, this is always a difficult problem to solve. In these two things, Insta360 is very confident, and they claim that their design allows the Sphere to be “accurately positioned” and eliminates the negative impact on aerial shots. Of course, the FlowState anti-shock technology that Insta360 is good at has also been applied to this product. During the flight, the aerial camera itself can still shoot normally. The existence of Sphere can provide more different perspectives and make up for the lack of vision. In addition, the unique post-production effects of panoramic shooting such as sky flipping, asteroids, and time-space transitions can also satisfy users’ richer experience. creative needs.

In terms of shooting specifications, the Sphere can take photos with a resolution of 6,080 x 3,040, and at the same time, it can perform panoramic video recording at up to 5.7K 30fps. Its built-in 1,050mAh battery has a theoretical battery life of 48 minutes and can be charged via USB-C. The device also supports Bluetooth Low Energy 4.2 and 2.4GHz Wi-Fi. After accounting for the battery and memory card, the total weight of the Sphere is about 192g, which should still have a certain impact on the flight time of the aerial camera.

Insta360 is priced at RMB 2,798 in mainland China, and it is currently on the market. The release information in Hong Kong and Taiwan has yet to be announced.