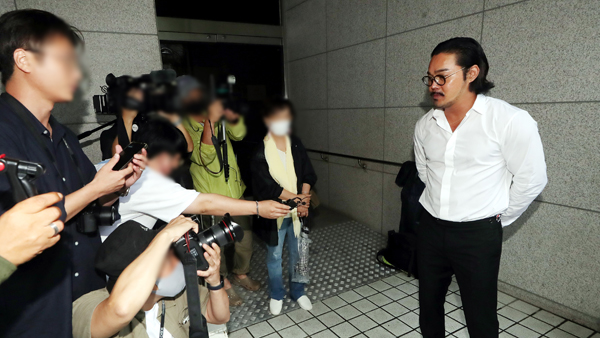 Ahn Jung-kwon, a conservative YouTuber who is currently on trial on charges of insulting former President Moon Jae-in and his wife, has applied for bail.

Ahn’s lawyer, who was arrested and indicted on charges of insulting and violating the Public Official Election Act, argued at the first trial held today at the Incheon District Court, saying, “The detention of persons due to acts of expression is very unfair.”

“The prosecution’s standards for violating the Election Act are very harsh for the general public, and we have never once set a harsh standard for politicians,” he said.

About 100 supporters of Mr. Ahn gathered in the court today, and the trial was delayed for more than 30 minutes as the judge demanded that some of the audience leave.

They held a rally in front of the Incheon District Court before the start of the trial and demanded, “Release the fighters from the right of stability.”

Ahn was arrested and indicted on charges of insulting the former president and his wife, including using a loudspeaker to swear 48 times while holding seven rallies near his private residence in Pyeongsan Village in Yangsan-si, Gyeongsangnam-do, in May, right after Moon’s resignation.

Prosecutors reported that Ahn made money with support from supporters by uploading profanity demonstrations and slander videos on YouTube, and turned it over to trial.

Ahn is also accused of obstructing the election campaign by broadcasting slandering Democratic Party leader Lee Jae-myung, who was a candidate at the time of the presidential election, 10 times from the end of September last year to last March.