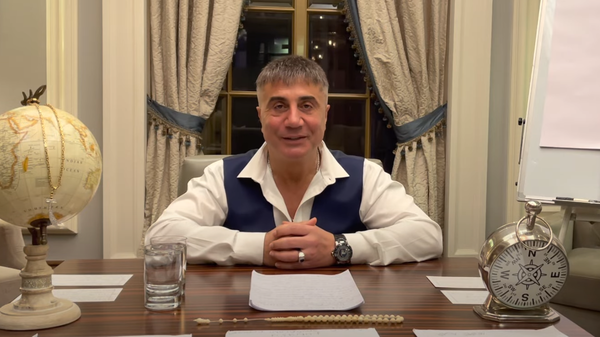 Turkish mafia boss Sedat Bekir continues to uncover more The mysteries of the Turkish stateIn a new video, he denied any role in supporting militias in Syria with weapons.

Bakr confirmed in an eighth video, which he posted on his YouTube channel, Turkish intelligence cooperation With mafia gangs to smuggle weapons to terrorist militias in Syria, especially the Nusra Front.

Fighters from Jabhat al-Nusra in Aleppo in 2015 (archive)

It is noteworthy that the company “Sadat” is a company loyal to the Turkish presidency, established in conjunction with the period of unrest that coincided with the so-called “Arab Spring”, to support extremist groups, including the Brotherhood, in Arab countries that witnessed unrest with weapons, according to media reports.

The logo of the Turkish company SADAT

The company’s founder is Kamil Melih Tanri Verdi, an agent of Turkish intelligence, according to the Swedish security news website Nordic Monitor. Its current CEO is Ali, the son of Kamil Malih Tanri Verdi.

SADAT is working to strengthen the Turkish defense industries, which are controlled by the family of President Recep Tayyip Erdogan.

Erdogan relied on this company in an operation that targeted thousands of military officers and officials after the attempted coup against him in 2016.

For its part, the Turkish opposition submitted a parliamentary interrogation of the government on accusations of the “Sadat” company for training ISIS and Nusra militants.