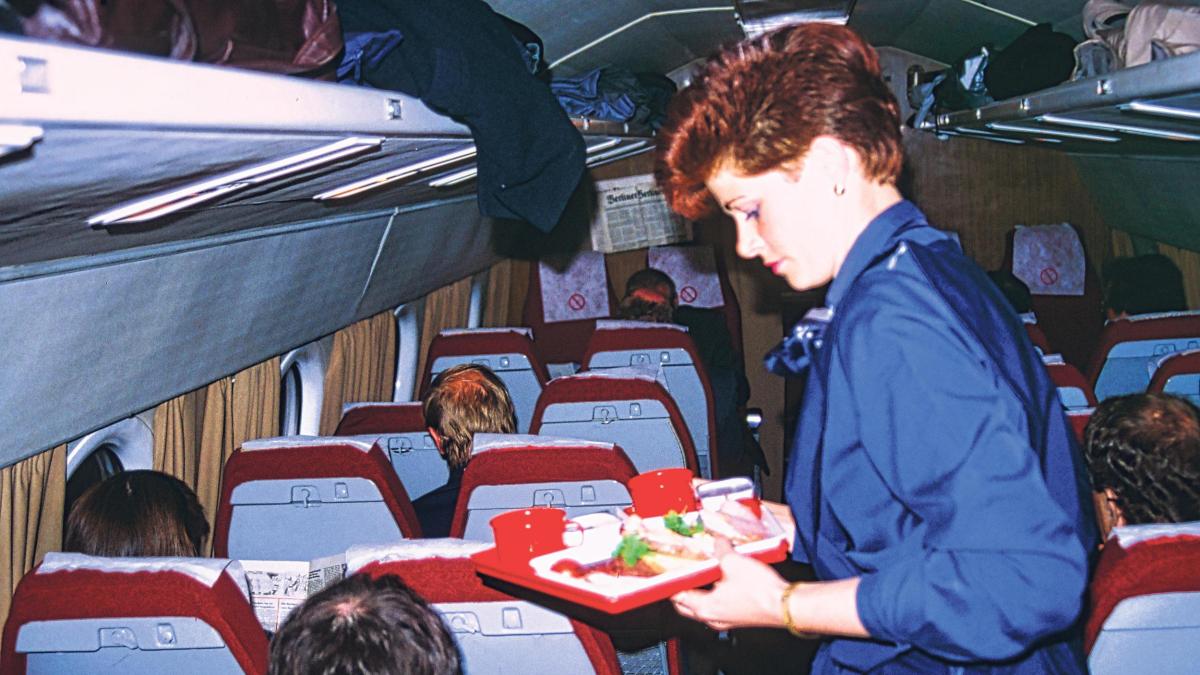 Low-cost flight pioneers, foreign exchange procurers and the Stasi on board – there are many interesting anecdotes to tell about Interflug. A flight attendant traces the history of the GDR airline, which was shut down 30 years ago.

WAs for a contradiction: On the one hand, a state that locks up its residents, namely the GDR, which on the other hand operates an intercontinental airline. With long-distance flights to Dubai, Havana or Bangkok, Interflug tried to give the GDR leadership the desired “world standard” and, above all, western currency.

Because in the planes to overseas and Western Europe sat at most a few privileged GDR citizens, the bulk of the passengers to the “non-socialist economic area” were West Germans and West Berliners, who at that time, at dirt cheap prices, but for D-Mark, Interflug tickets from East Berlin to Istanbul, Larnaka, Amsterdam or Damascus.

This made the GDR line the first low-cost flight pioneer in the 1980s to beat the competition from the West and even cart passengers from West Berlin with their own shuttle buses from West Berlin to the GDR central airport Berlin-Schönefeld.

It was also curious that the Interflug predecessor was Deutsche Lufthansa – between 1955 and 1958 the GDR had its newly founded airline take off under this name, although there was already a Deutsche Lufthansa in the Federal Republic of Germany. However, in terms of trademark law, the West Germans had the better cards to continue the prewar crane line under this name.

The GDR then switched all of its aviation to the Interflug name by 1963. And really everything – from spray planes for pest control to the operation of civil airports, everything was called Interflug from then on, and commercial aviation anyway.

The West German Sebastian Schmitz, who is a flight attendant himself in his main job, describes these and other details in a pleasantly non-ideological way in his new, entertaining book “Interflug – Die Fluglinie der DDR” (Motorbuch Verlag, 192 pages, 24.90 euros). The volume is much more than a picture book for aviation enthusiasts – because of the many historical references it also offers an exciting sightseeing flight through recent German history.

The book is particularly strong where it is close to people. “We were of course privileged,” says a former Interflug stewardess. “We had access to so many things that ‘normal’ people in the GDR could never get. And the privilege of traveling abroad! ”

When staying overnight in non-socialist countries, the crews even took food from home – just to be able to bring home the expenses paid out in the hard western currency.

Party membership was not a requirement for the flight personnel. The fact that the Stasi had informers in the cabin and cockpit squad ensured that they were loyal to the line.

The Stasi even operated its own aircraft, camouflaged in Interflug colors. The book does not ignore this dark side, nor does the anecdote that Erich Honecker loved to stop by the pilots in his pajamas on state visits.

A memory of the GDR airline

It was over 30 years ago – in April 1991 the last Tupolev of Interflug landed at its home airport Berlin-Schönefeld, coming from Vienna, after which the trust handled the east German airline.

The three Airbuses, which Interflug had only taken over in 1989, landed at the Bundeswehr’s airworthiness service. Most of the remaining machines of Soviet origin were scrapped.

A discarded long-haul aircraft of the type IL-62 survived, however: It landed in October 1989, less than three weeks before the fall of the Berlin Wall, on the 800-meter-short grass runway at the Stölln glider airfield, northwest of Berlin, and was converted into a museum aircraft. It can be viewed as the most beautiful artifact from Interflug that still exists today.