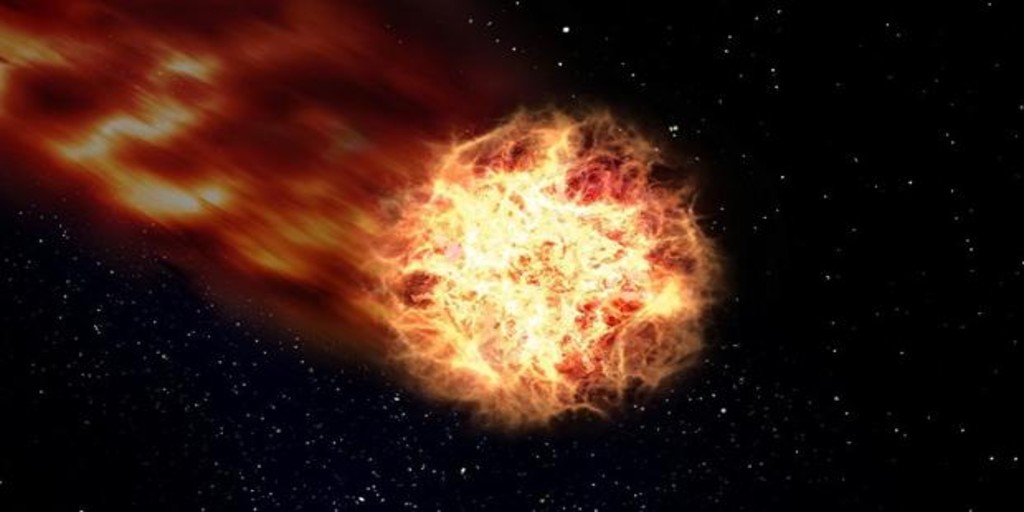 Imagine the following scenario: several billion years ago, at a time when huge collisions disturbed the entire Solar System, a large comet passed by grazing the Earth. He didn’t collide with her, but he got close enough to get through his atmosphere before continuing on his way through space. In doing so, a myriad of microorganisms that floated in the air of that primitive Earth were swept away by the huge icy rock. Most of them died, but some ended up becoming embedded and nesting well below the surface of the comet, where they came through its numerous cracks and pores. And there they stayed, protected by the rock itself from harmful space radiation, on a journey of thousands, or even millions of years.

In its endless journey the comet ended up meeting, much later, with another solar system with habitable worlds. But this time he was not so lucky and rushed against one of them, depositing the earth microbes there. From that moment on, life began to break through in that distant world.

The idea may seem crazy, but it is exactly what a new theory proposed by Amir Siraj and Avi Loeb says, the two physicists at Harvard University who proposed, in its day, that the comet Oumuamua could be an ancient inactive interstellar ship from long time ago.

Of course, it is impossible to know if this form of “interstellar panspermia” really happened sometime, and there is no lack of reasons to be skeptical. But in their new work, Siraj and Loeb argue that at least the first part of the story (microbes dragged by a comet that finally leaves the solar system), should have happened several dozen times throughout the history of the Land. In fact, scientists say, there are powerful reasons that lead us to think that something like that is really possible.

Signs of panspermia
To begin with, a series of experiments carried out with small rockets in the last decade of the 70s found thriving colonies of bacteria in the upper atmosphere, at a height between 50 and 80 km. And it is also a fact that sometimes some comets enter and leave the solar system. Also relevant is the fact that comets are often very porous and could protect microbes from deadly radiation from space for a long time. For researchers, they are more than enough reasons for scientists to seriously consider that possibility and investigate its details.

It is not clear, however, how microbes could adhere to a comet that crosses the atmosphere at full speed. Nor that, if they succeed, they will then survive, or remain dormant, during periods that can reach hundreds of millions of years, the time necessary for the comet to reach some habitable exoplanet. It is known that some microbes can withstand even hard space conditions for decades, but that would hardly allow them to reach Mars …

Aware of these limitations, Siraj and Loeb ask the scientific community to investigate. To underpin his theory, it will first be necessary to know exactly what the biology of the upper atmosphere is like, and how comets could react to it. The researchers state that there are good reasons to think that at least some bacteria would survive extraordinarily long journeys through deep space. In fact, many of them manage to thrive on Earth and in the atmosphere even in the harshest conditions. Therefore, Siraj and Loeb ask scientists from all fields to intervene and begin to fill in the gaps. .