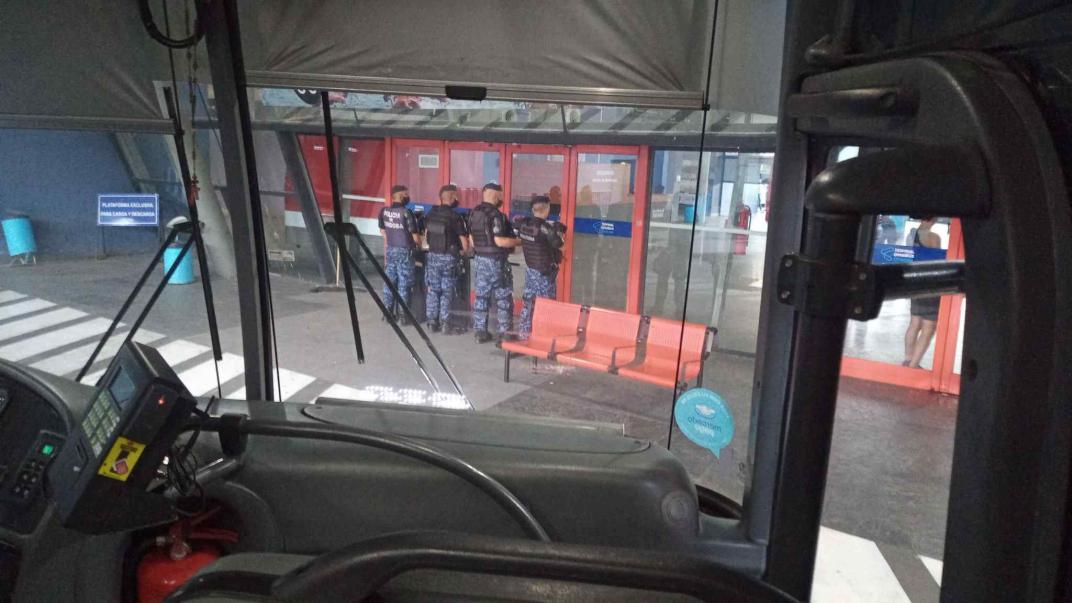 The Police had to intervene and escort the units of the Buses Lep company that this Friday resumed the provision of the interurban transport service.

The authorities had to act because a group of protesters from the Aoita union prevented the firm from resuming the provision of its interurban services.

The protesters prevented passengers from boarding three buses in the Córdoba Terminal.

Buses Lep is the first of the provincial transport borrowers to work again, after the strike that began at 0 this day.

Provincial Government sources indicated that they made the presentation to the prosecutor’s office of Raúl Garzón. Later, the Police were present to allow the provision.

Meanwhile, on Saturday Lumasa – Pájaro Blanco will return to work, which has already put its buses in the street in the urban service of the city of La Falda.

However, from the Aoita union they remarked that the plenary of delegates ratified the continuity of the strike for 96 hours.

In this sense, the secretary of the drivers’ union, Emiliano Gramajo, asked the provincial Labor Ministry to intervene to encourage companies to pay salaries.

Regarding the return of the service in Lep, Gramajo said: “We are going to talk with the colleagues so that they do not leave. Lep owes the people a lot of money. We want to go back to work, but we need to get paid. 99 percent of the system has not received. ”

For her part, Adriana Puchetta, from Lep, indicated: “It is unfortunate. We do not want war with anyone. It is very sad that they do not go to work, if the employees do. Do you think I can put pressure on 360 employees? It is already 75 percent. Now the Nation leaves us without subsidies. I do not have to fight with the union, but in the Nation. This is not solved with a strike, it is accomplished by working. The staff understands and knows that the only way is working”.

“The union threatens people not to go to work, and the employers,” he added.

The Infantry Guard guarded the exit of the buses from the Terminal (Courtesy of Mónica Wagner).

From the distribution, in charge of Franco Mogetta, they indicated that if they do not comply with what is required in the notification document, the companies will have sanctions ranging from the removal of subsidies to the revocation of authorizations to operate.

In that sense, there would already be six sanctioned companies.

In addition, Transportation will not deposit the corresponding to the provincial funds if the services are not restored, which have been paralyzed since 0 this Friday due to a measure of force of the Aoita Drivers Guild.

The measure of force is due to non-payment: the companies did not comply with the January salary and also owe about half of the half bonus.