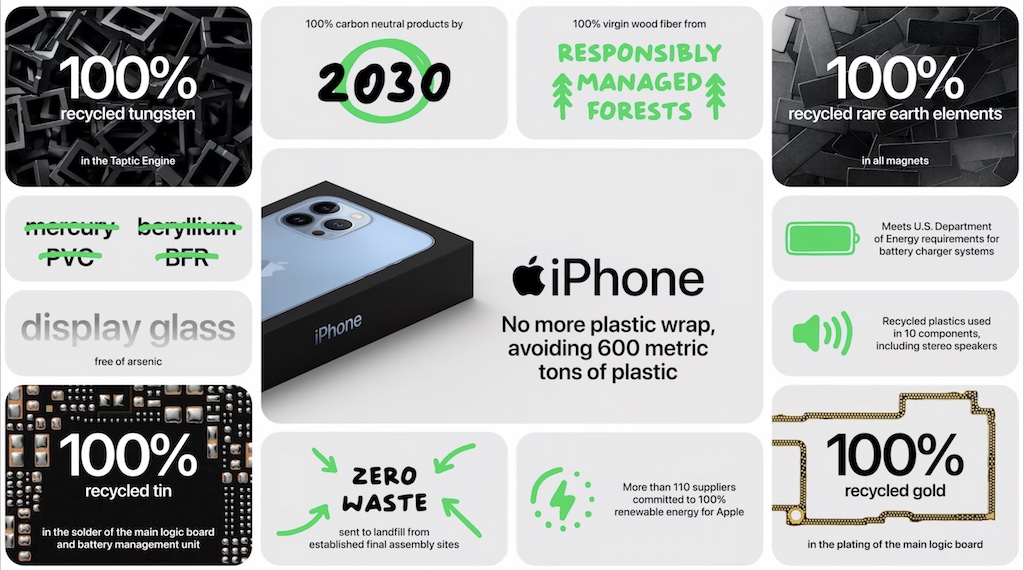 Apple’s top managers give interviews at regular intervals. This time it is Apple’s environmental director Lisa Jackson, who commented on various environmental aspects in the podcast. Among other things, Jackson confirmed that Apple is buying a small amount of so-called CO2 certificates.

Apple’s environmental chief Lisa Jackson has confirmed in a podcast that Apple buys CO2 certificates in order to fulfill its claim to be “100% CO2 neutral”. However, she indicated that this only covers a relatively small part of the company’s total consumption.

In an interview with the Jane Goodall Hopecast Jackson said that many companies are content to simply buy certificates. However, this is not Apple’s claim.

Apple is a carbon neutral company. We reached this milestone last year, I can say that with pleasure

Often you hear from companies that they are carbon neutral, but they buy compensation payments. This may work for some companies.

And that may work for some companies. But the bigger we are, the more responsibility we have to ensure that this carbon neutrality is actually clean energy.

She said she came to Apple because the company had already made great strides and because it could serve as an example of the practicality of moving to clean energy for other companies – starting with their own suppliers.

I found a company that was already making significant investments in clean energy. They had made some real changes to the materials we use in our hardware, but we took all of that and made it a lot faster because time is very important […]

And so we take a lot of time to help. We have well over a hundred companies that are committed to moving to 100 percent clean energy just like Apple. And these are all of our suppliers.